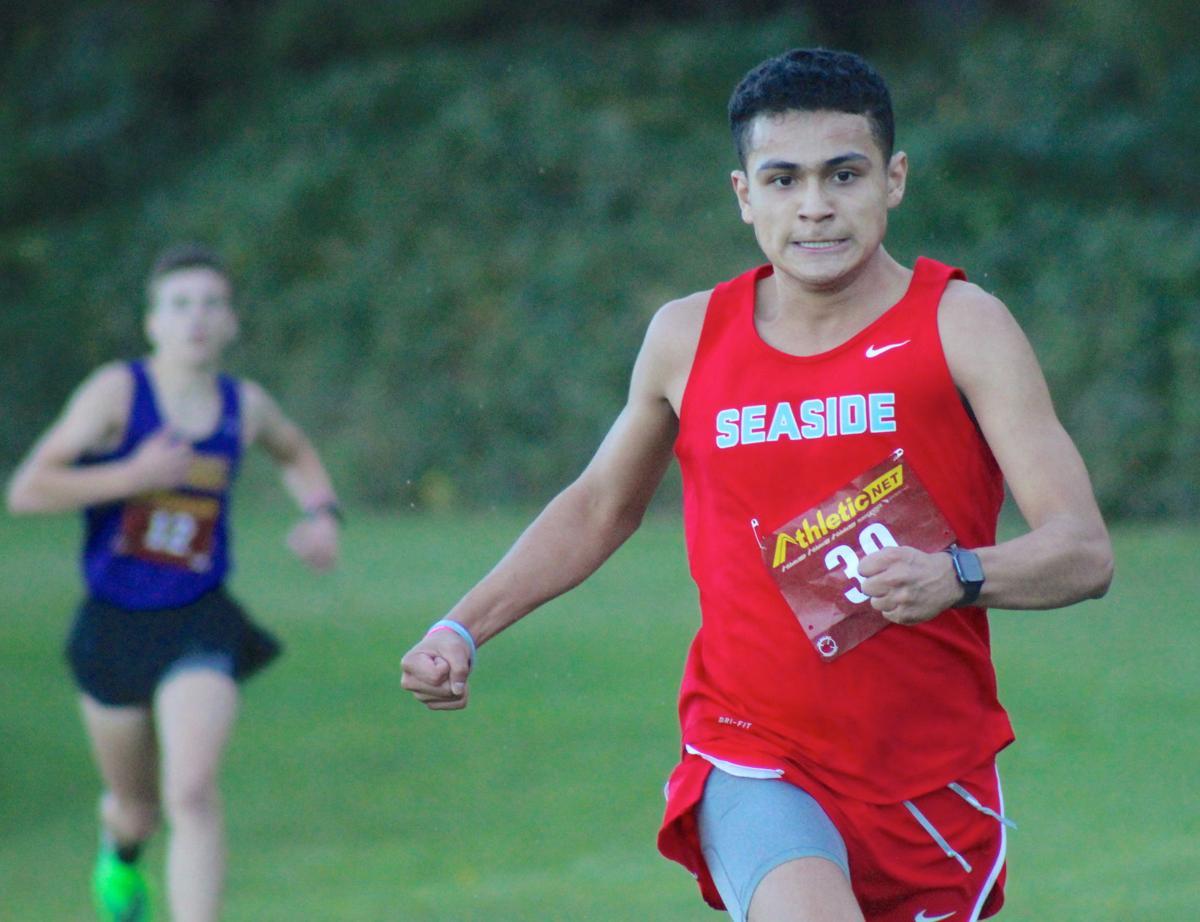 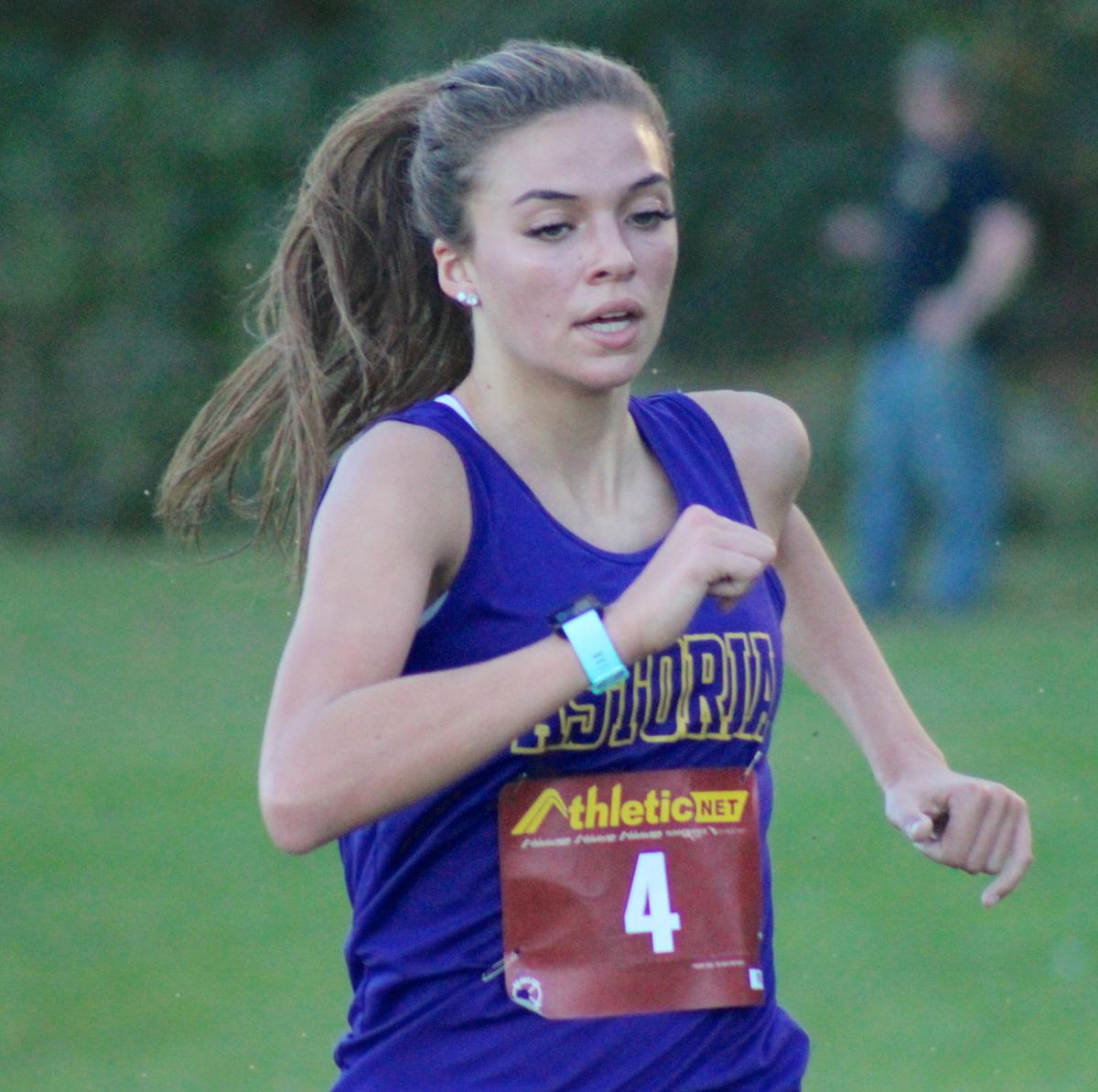 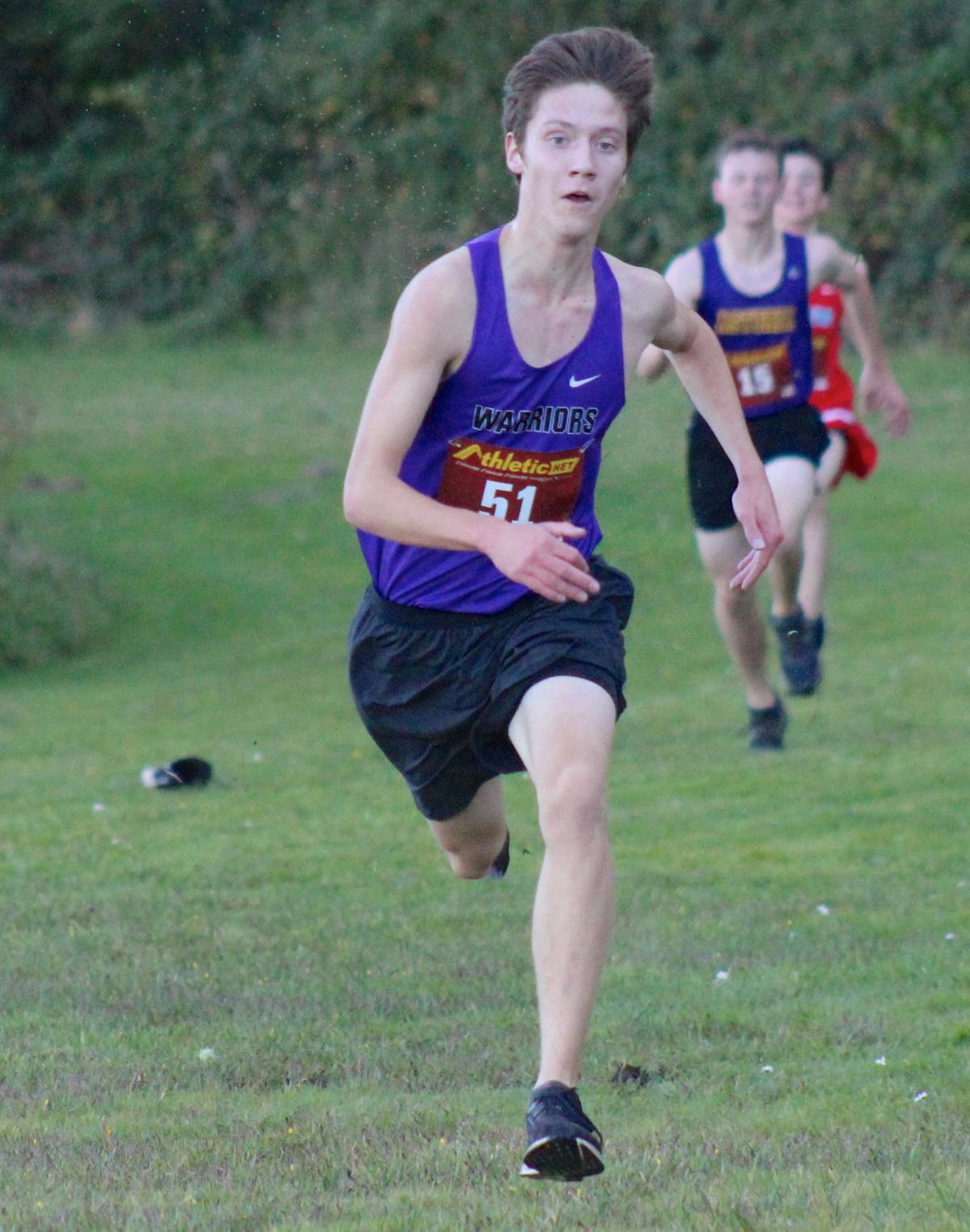 Warrenton runner Forrest Cooley literally ran out of one shoe, left, as he was finishing Wednesday’s race.

Warrenton runner Forrest Cooley literally ran out of one shoe, left, as he was finishing Wednesday’s race.

WARRENTON — It was a low-key meet at a familiar old location, for some local cross-country teams Wednesday afternoon.

In one final tune-up for their respective district meets, the Astoria, Seaside and Warrenton cross-country squads met at Cullaby Lake county park for a three-team run through the woods and along the shores of Cullaby Lake, a course that was a regular part of the schedule in years past.

The Fishermen and Gulls will compete in the upcoming Cowapa League championship meet next Wednesday at Camp Rilea, while the Warriors have a little longer wait before taking part in the 3A/2A/1A Special District 1 meet, Nov. 1 in Tualatin.

Astoria and Seaside both saw some encouraging signs.

While the Astoria girls will contend for the Cowapa League team title, the Seaside boys had an individual winner in Wednesday’s meet.

The winner of the girls’ race was the runner who’s been winning all season, Astoria’s Sophie Long.

The junior was the only runner to break 12 minutes, finishing in 11:54 for her personal best over 3,000 meters.

Freshman teammate Ella Zilli was a distant second (12:19), followed by Lady Fishermen Lindsay Riutta (12:52) and Allyson Pritchard (12:52). Astoria’s fifth runner was Annalyse Steele (12th, 14:16), with not a single senior among their top five.