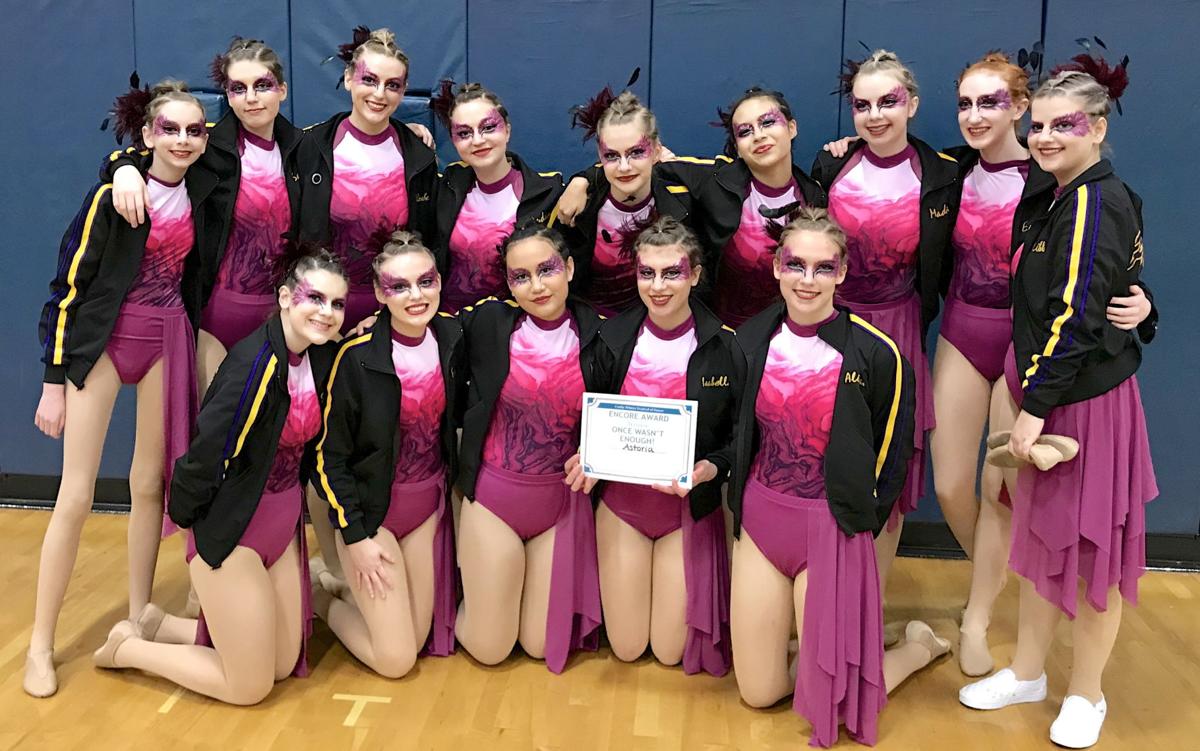 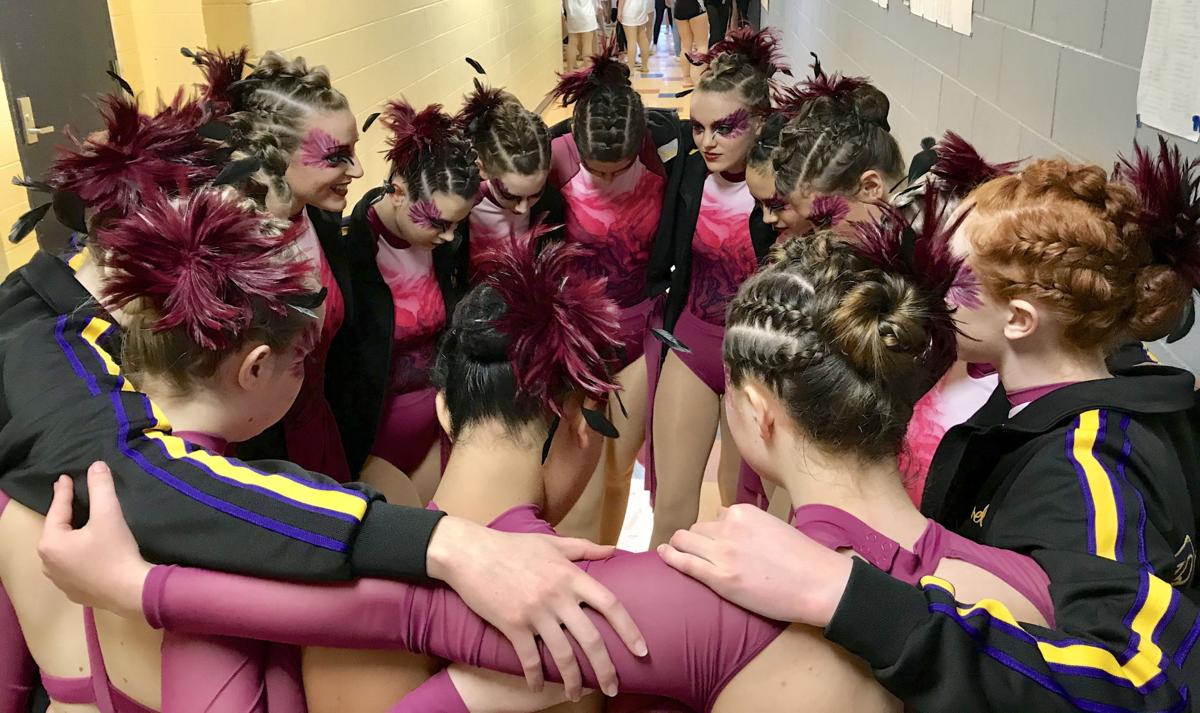 A last-minute talk by Pizazz team members before their Round 1 performance last weekend.

A last-minute talk by Pizazz team members before their Round 1 performance last weekend.

The Astoria Pizazz dance team had its first competition of the season last Saturday at Canby High School.

There were two rounds — the first was for place awards, and the second round was optional for specialty awards.

“We had five teams in our 1A-4A division,” said Pizazz coach Emily Madsen.

In Round 1, Astoria took second place, 3.77 points behind Valley Catholic.

The other three OSAA divisions include 5A, 6A and Show. Of all 14 high school teams competing, Pizazz had the second highest score.

In Round 2, Astoria received the “Encore” award from the specialty judges, meaning “out of all of the dances, ours was the dance they would choose to see again,” said Madsen, whose assistant coach and choreographer is Caroline Wright.

Pizazz has two more competitions before they go to state, with their next competition Feb. 15 at Tigard followed by a competition March 7 at Liberty High School.

The OSAA state competition for the 1A-4A division is Friday, March 19, at Portland’s Memorial Coliseum.

The team captains are Grant and Varner.