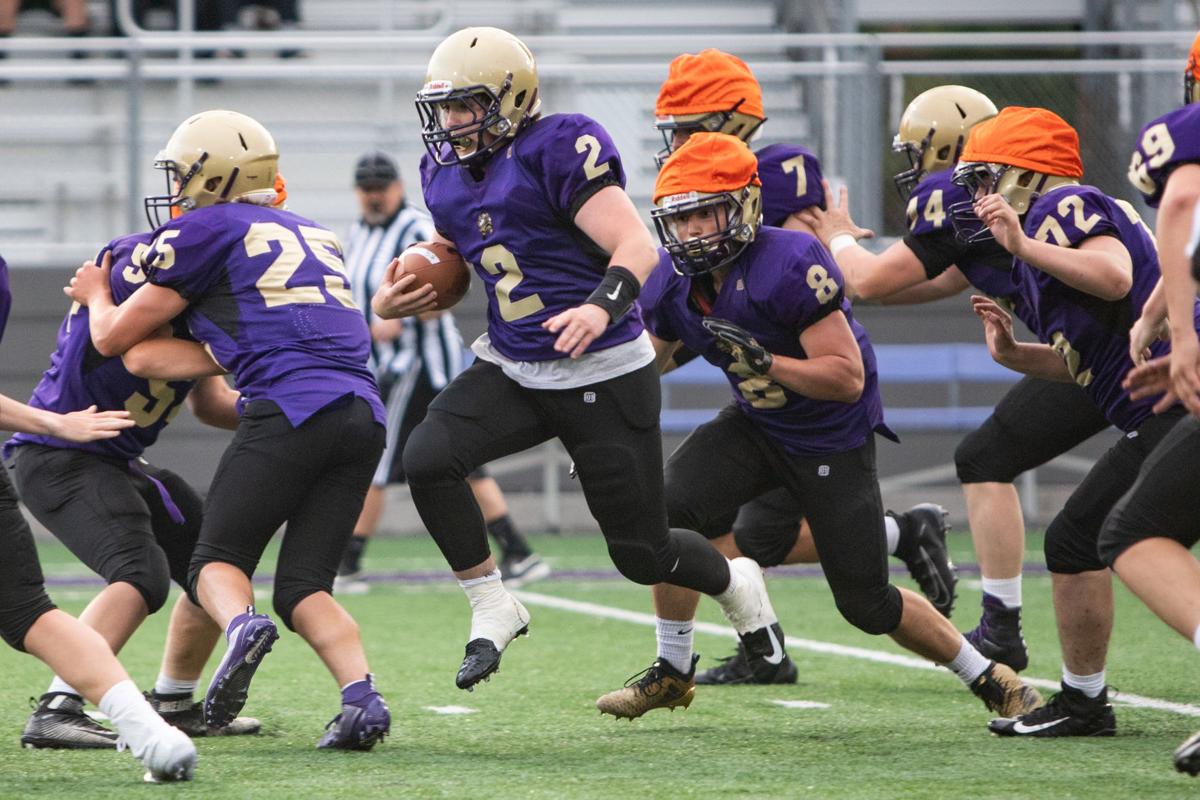 An Astoria varsity player carries the ball through the defense in an annual Media Day scrimmage. 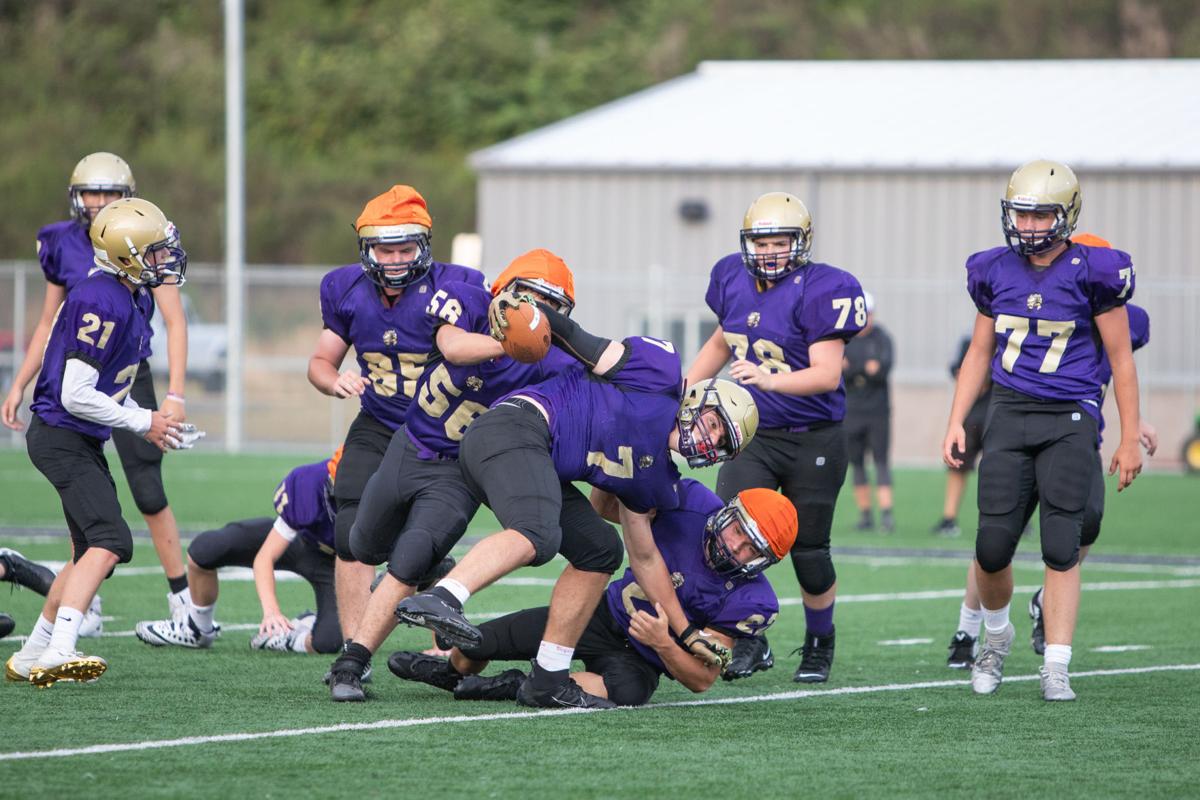 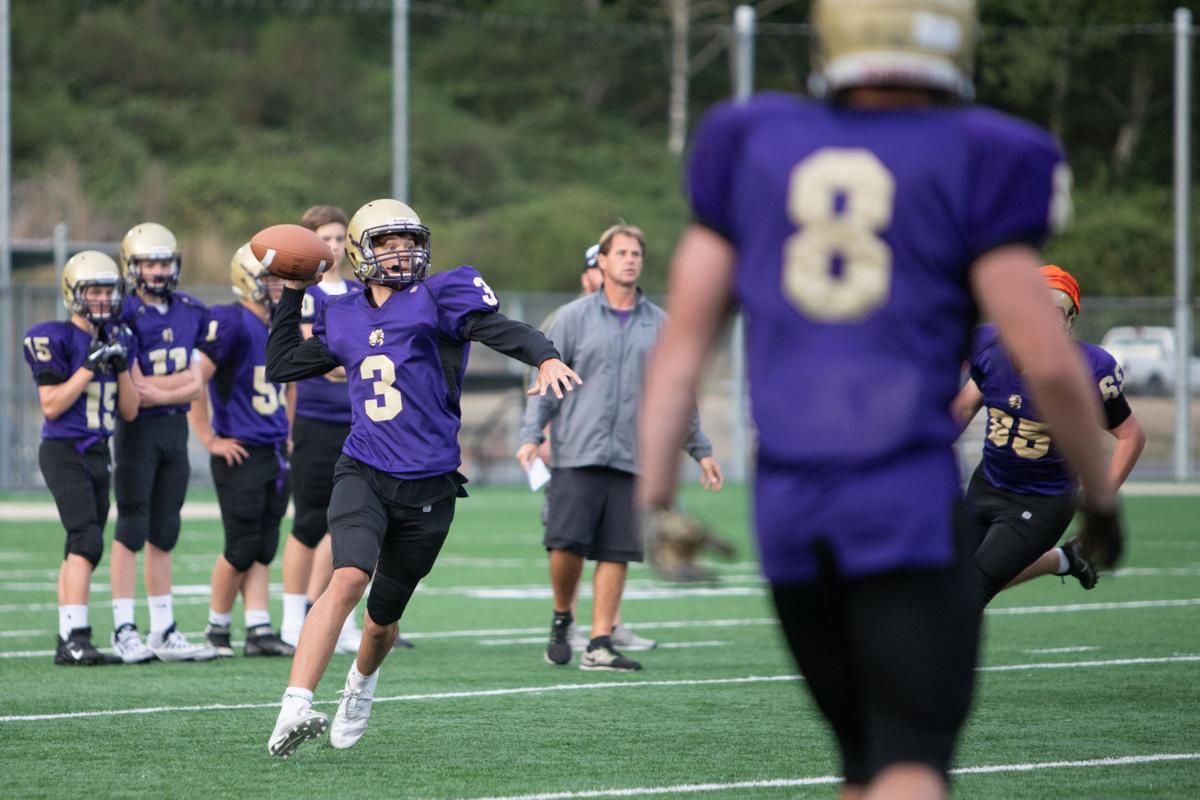 An Astoria quarterback sets up for a pass.

An Astoria varsity player carries the ball through the defense in an annual Media Day scrimmage.

An Astoria quarterback sets up for a pass.

The Astoria football team was the very definition of a “second half team” in 2018.

On the 10th anniversary of their 2008 state championship year, the Fishermen opened the season in less-than-impressive fashion, losing four of their first five games. That included an 0-2 start in league play with blowout losses to Seaside (55-7) and Banks (34-0).

(On the plus side, the Seagulls and the Braves eventually met in the state championship game.)

For the Fishermen, things got better as the season progressed.

After three straight losses, Astoria won three in a row and landed in the playoffs with the No. 12 ranking.

Fast forward to the current season. Astoria is hoping to make the 2019 season a special one. Not only are Banks and Seaside on a downward swing, this year marks the 20th season for head coach Howard Rub.

Assuming they can replace some big linemen and the 19 seniors lost to graduation, the Fishermen will be back, challenging for a league title.

“Kids are working their tails off, and it's been really fun,” Rub said at the end of the first week of practice. “I really love the effort.”

This year's senior class, Rub said, “is hungry to prove themselves and show what they can do, because we certainly had a lot of seniors on the field last year.”

Large senior classes the last two years “is something that we haven't had to deal with for awhile,” he said. “We have close to 20 freshmen right now, but we're averaging around 10 in the other three classes. Being around 50 is the smallest we've been in awhile. The good thing is the effort they're giving, and these guys are getting into four-quarter shape.”

The Fishermen are set at the skill positions, with athleticism and most of their experience. Players who have spent the last two years biding their time are due for breakout seasons.

Among others, the seniors include quarterback Ryan Stenblom, receivers Tristan Boyle and Adam Feldman, and running backs Ebin Hillard and Ryan Stutznegger.

“We feel real good about our quarterbacks, receivers and running backs, and the secondary on defense,” Rub said. “Those guys are competitors who are athletic and can make plays. We're trying to establish depth with that area, and we like our situation.

“It's a lot different this year having three quarterbacks, one in each class (sophomore, junior, senior) who can come in and execute the offense, versus where we were a year ago, converting a receiver into a quarterback, and then finally getting Bo Williams varsity-ready as a sophomore.”

Stenblom, Williams and sophomore Rocky Rub are the three signal-callers.

“All three guys will play a lot in the preseason, before we get into league,” coach Rub said.

Replacing a long list of linemen, meanwhile, will be no small task.

Of Astoria's 11 all-league selections in 2018, only Moore (a junior linebacker) returns.

“Skyler Smith is our one returning lineman, and then other than Ebin Hillard at starting inside linebacker, the rest are actually juniors,” Rub said. “We had three sophomores who were on the field quite a bit — Dylan Junes, Bo Williams and Michael Moore.

“This current group of seniors is really hungry,” he added. “Ebin is really the only returning starter, and Ryan Stutznegger ended up starting at running back. Him and Ebin are the two senior starters. Then Adam Feldman and Tristan Boyle were role players and saw some playing time, but they were not on the field as much as they will be this fall.”

Tony Tumbarello, who played soccer last season, will handle the kicking duties and may see action at receiver.

Prediction: If the Fishermen can find replacements for their big losses along the line, Astoria could find itself back in serious running for a league title. And since the Cowapa is the best at the 4A level, a big playoff run for the league champion is pretty much expected.