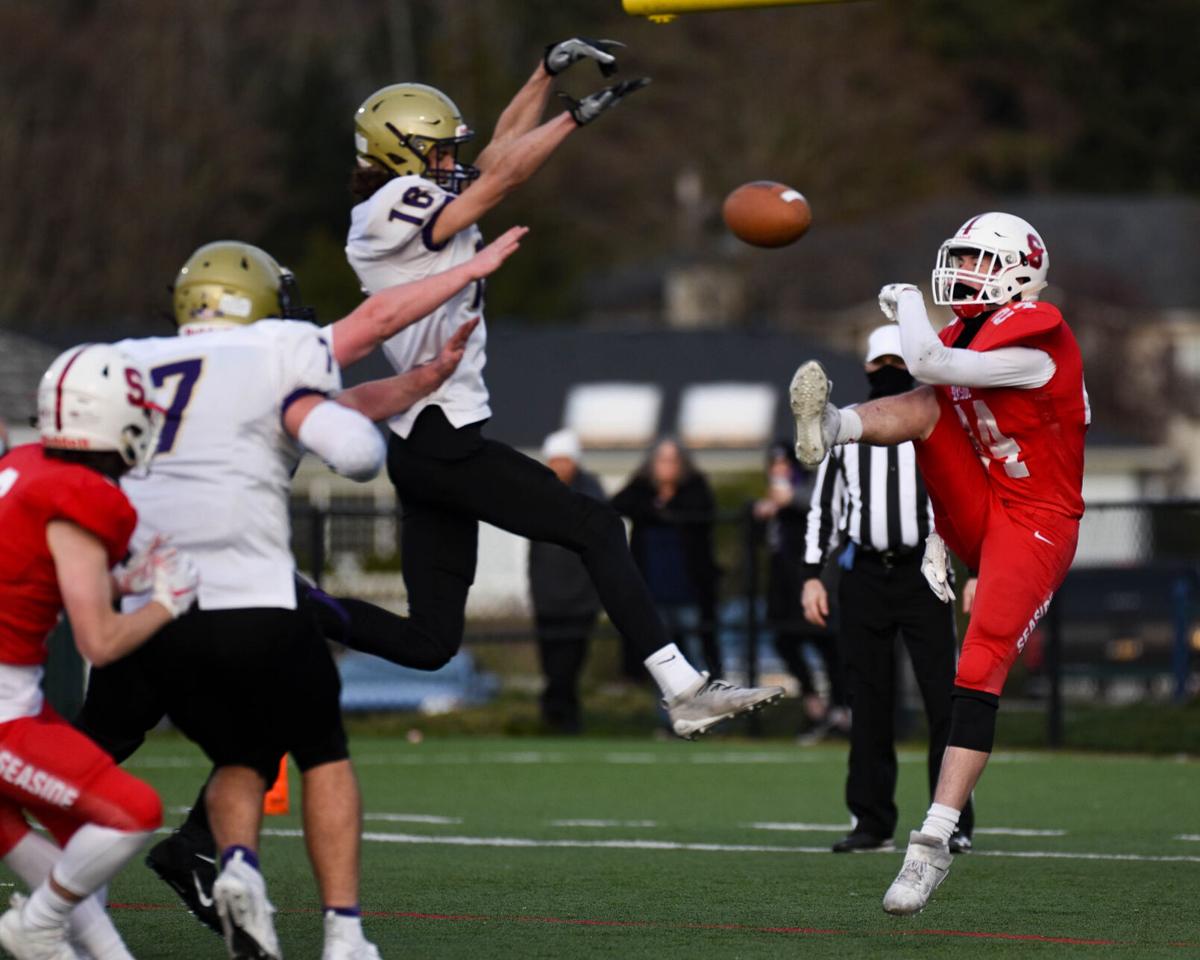 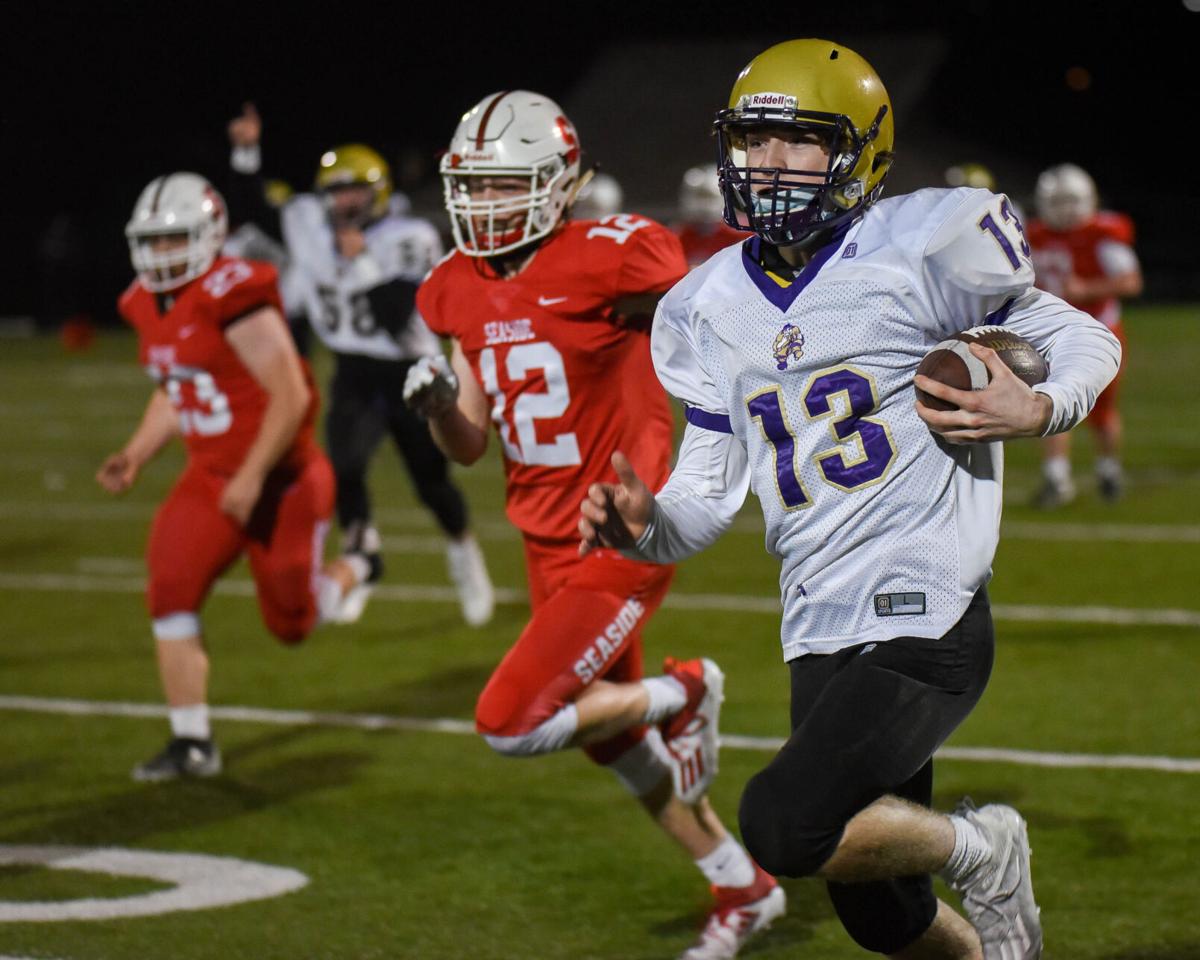 Astoria’s Luke Cummings heads for the end zone to score the only touchdown of the game in the fourth quarter. 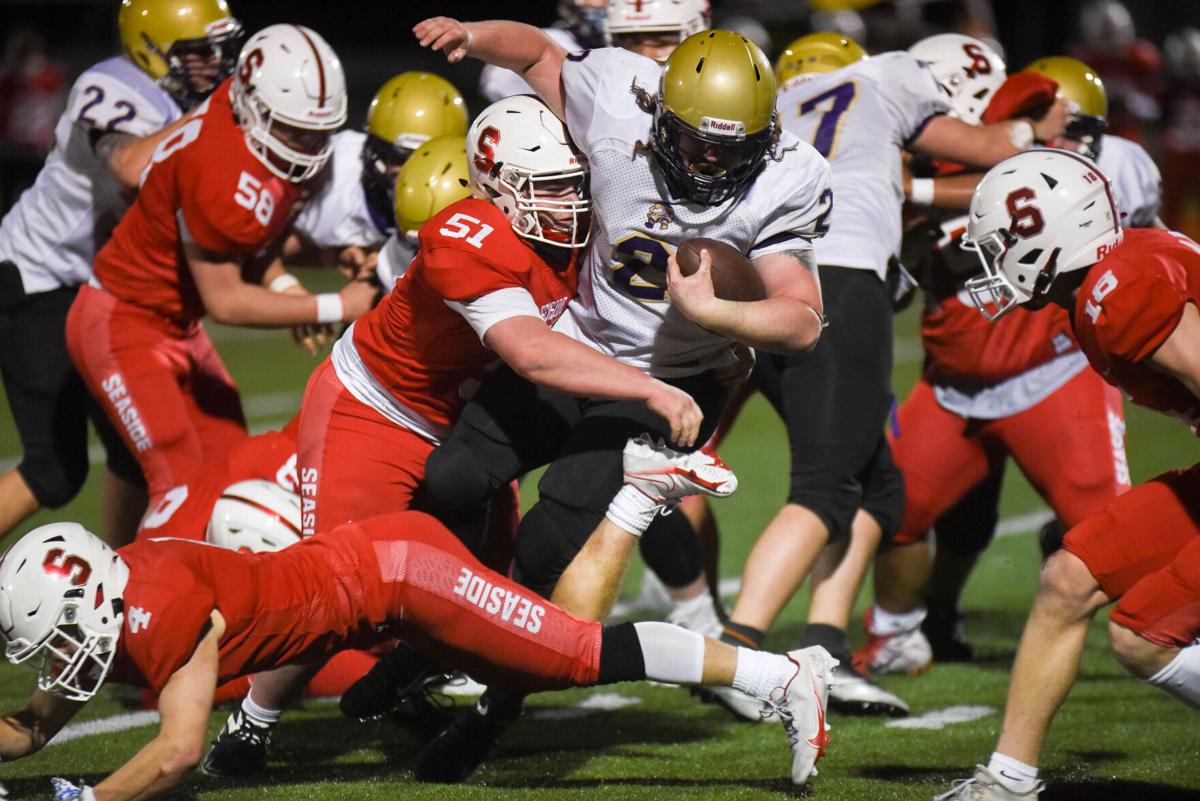 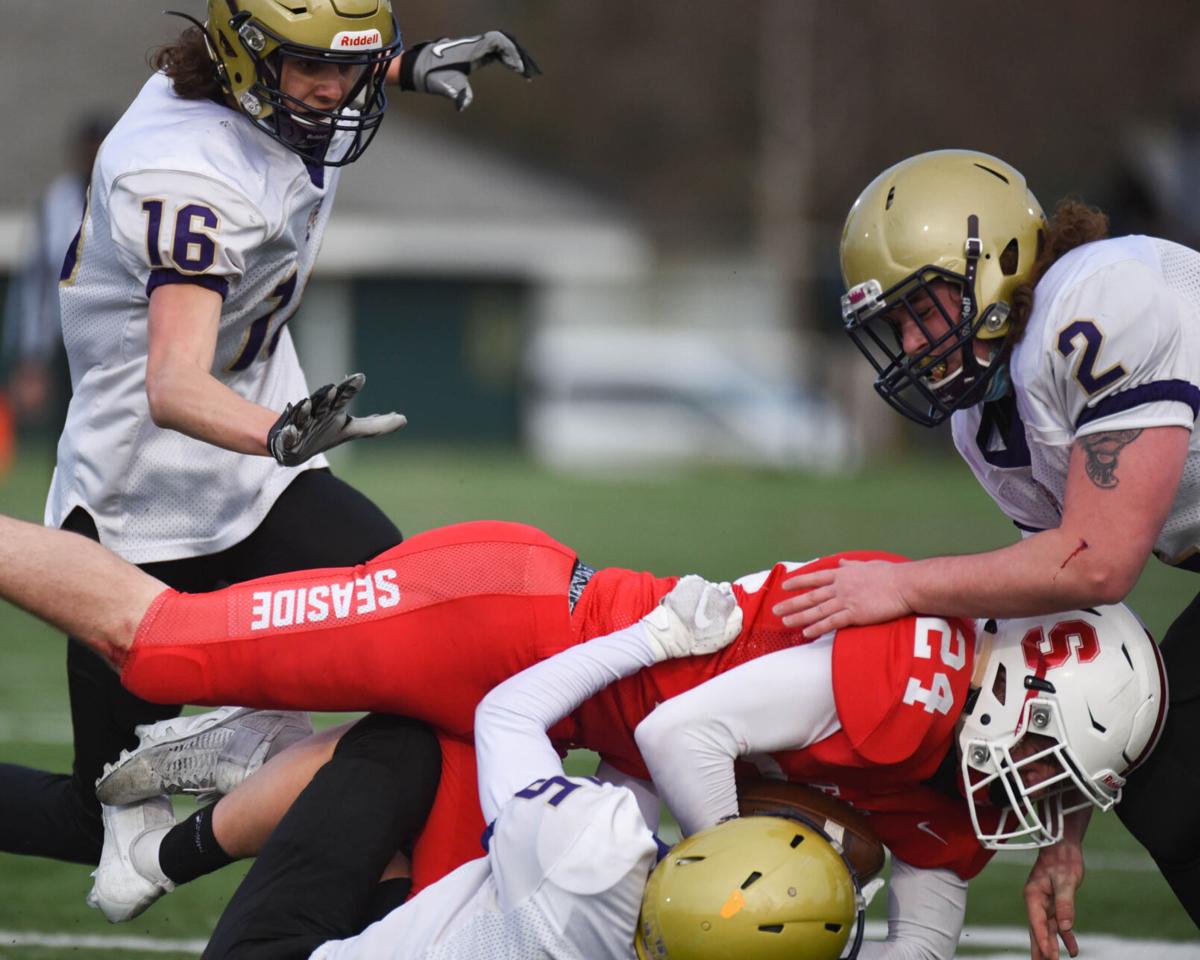 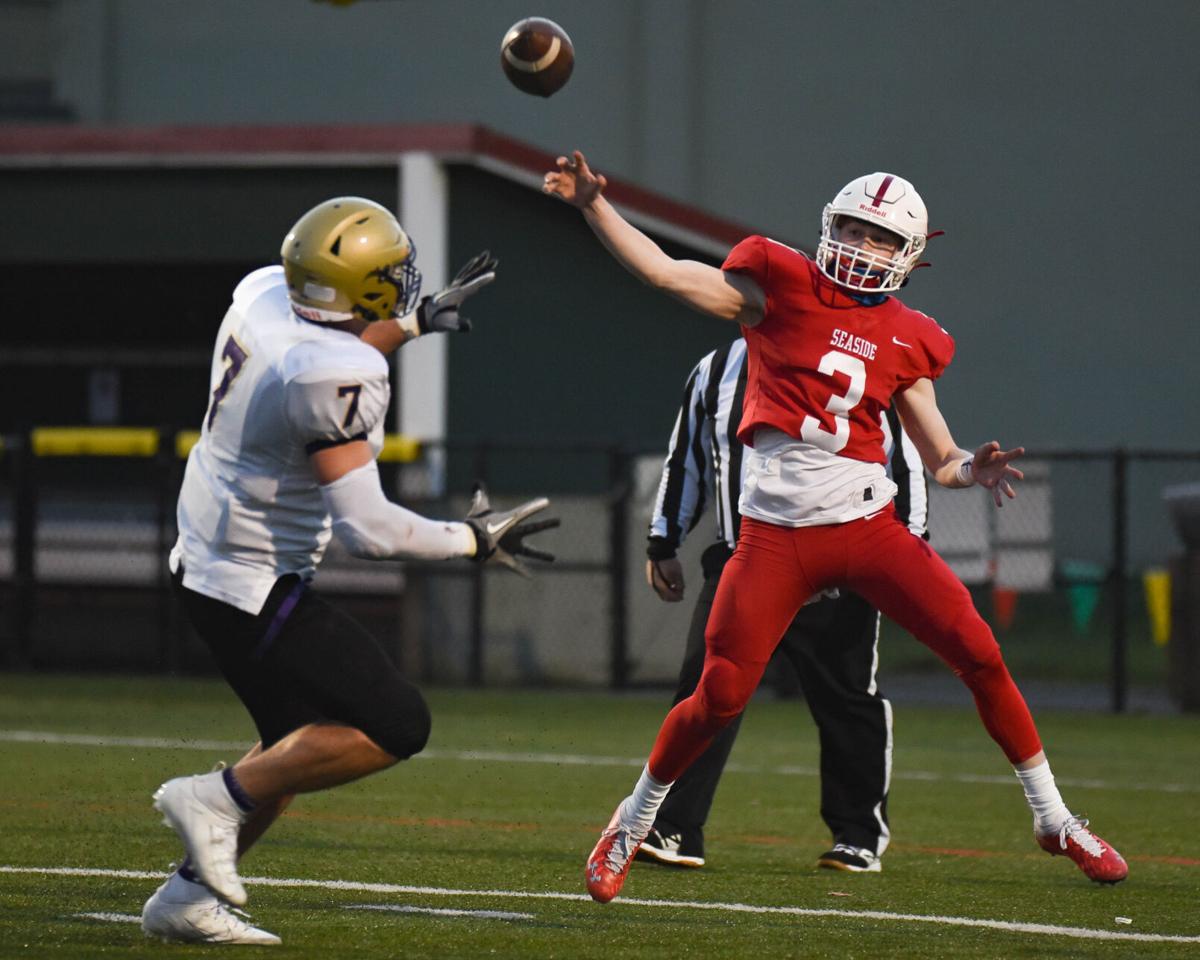 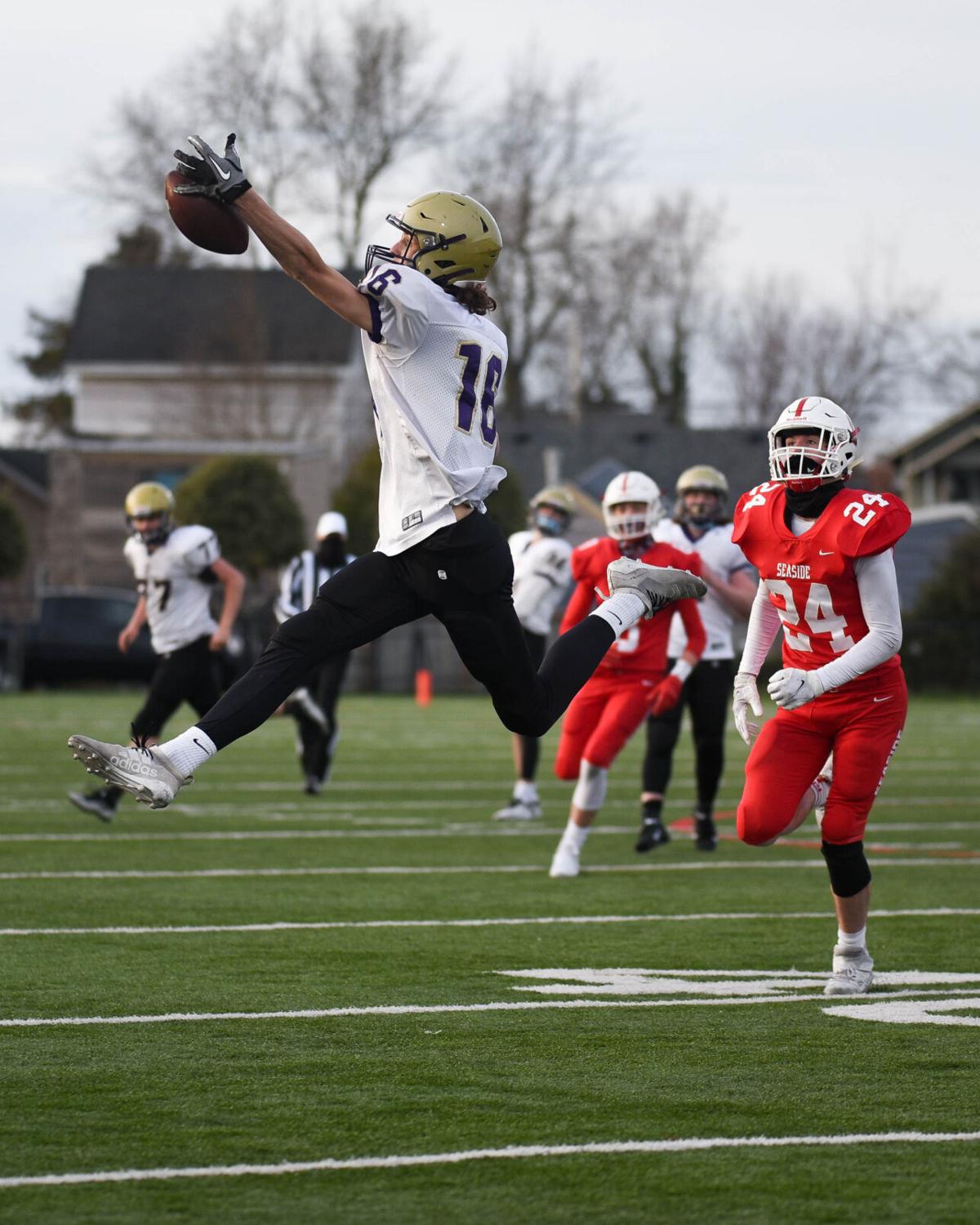 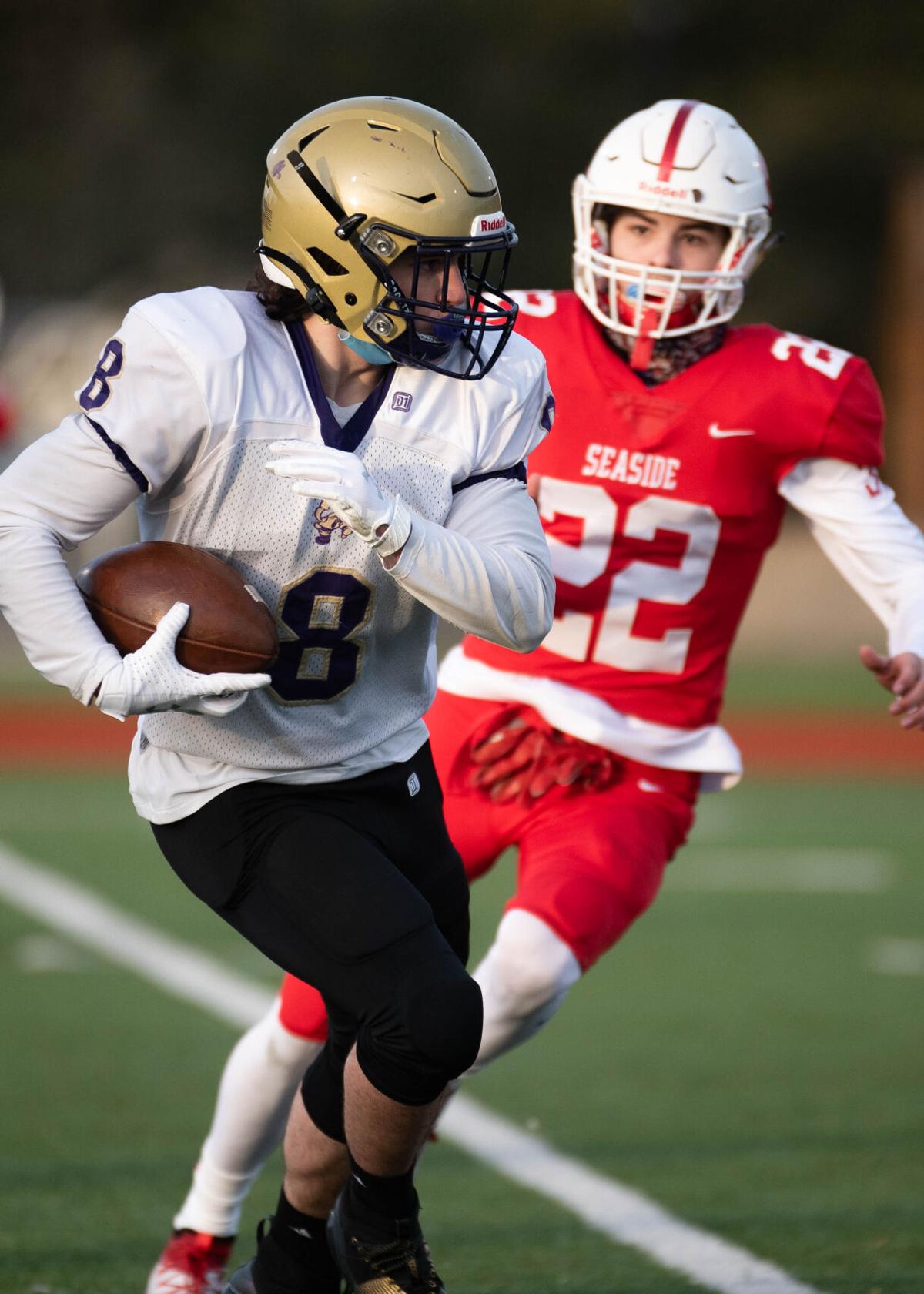 Astoria's TJ Colvin runs with the ball after receiving a punt from Seaside in the first quarter. 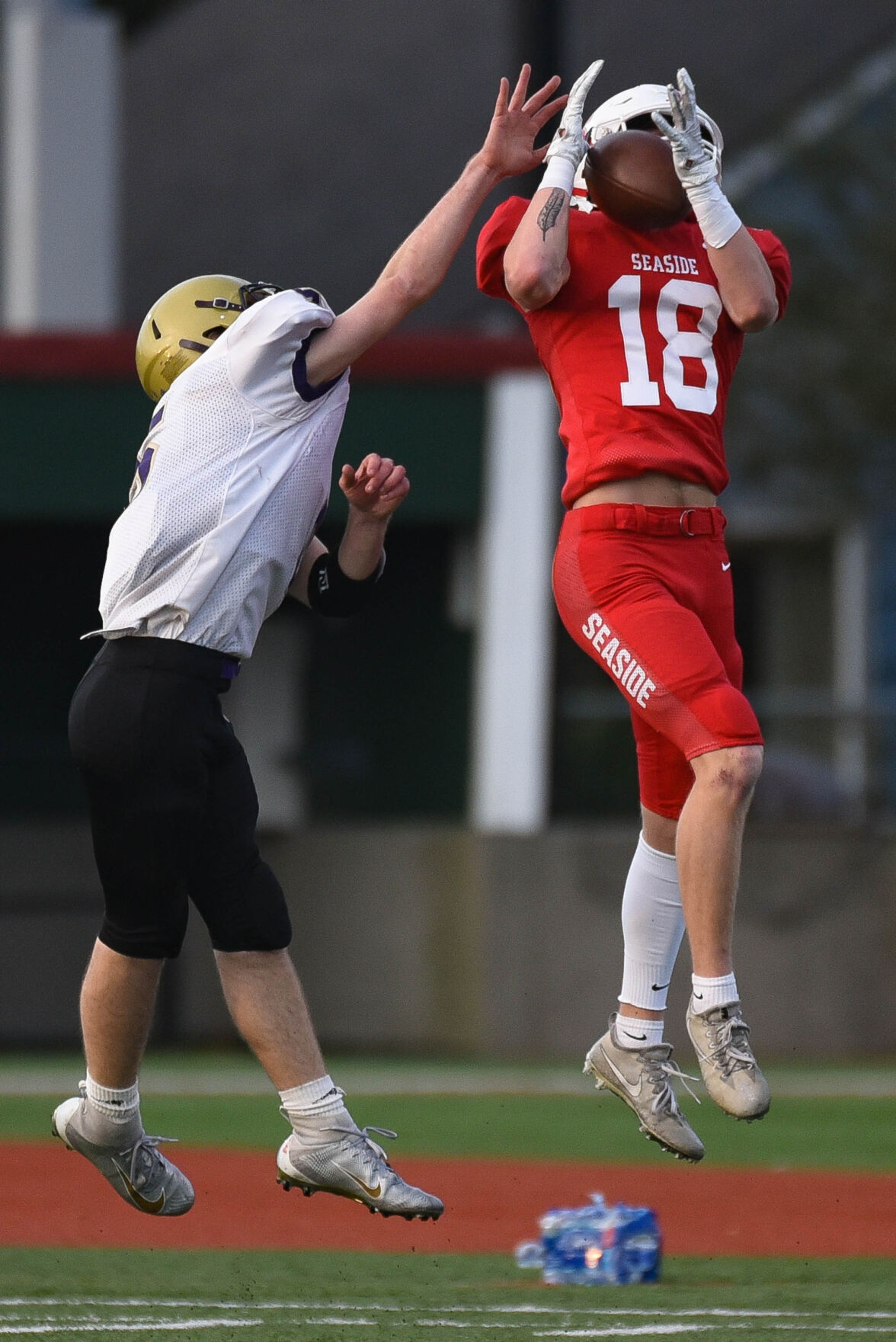 Astoria’s Luke Cummings heads for the end zone to score the only touchdown of the game in the fourth quarter.

Astoria's TJ Colvin runs with the ball after receiving a punt from Seaside in the first quarter.

SEASIDE — Even with the lack of offense and points, the Astoria and Seaside football teams managed to put on a thriller to close out the football season, with the Fishermen winning 8-0 over the Gulls.

Along the way, the Fishermen and Gulls scored a few firsts, in their first Clatsop Clash meeting since 2019.

First off, it was probably the only Clatsop Clash football game played on April 2.

It’s also likely the first time in the series’ history that back-to-back meetings ended with 8-0 scores.

The Gulls won 8-0 in 2019 (by way of a safety and a touchdown), and the Fishermen returned the favor Friday night at Broadway Field.

The Fishermen won the game with a safety in the first quarter and a long touchdown run in the third.

It was the third Clatsop Clash shutout in the last four meetings, as the Fishermen and Gulls battled through a game that included 11 punts and five turnovers.

Offensively, Astoria’s Michael Moore had the most touches (25 carries, 141 yards rushing). But his biggest play came on defense.

With the Gulls at the Astoria 12-yard line and 33 seconds remaining, Moore intercepted Seaside’s last pass attempt of the night, and closed out his high school football career and Astoria’s season with a victory.

Meanwhile, Moore’s backfield teammate Luke Cummings had just seven carries but made the most of his chances.

On Astoria’s second possession of the third quarter, Cummings ran left, turned it up the sideline and sprinted 75 yards for a touchdown.

From there, the Fishermen handed the game to their defense, which held the Gulls to just 75 yards rushing and 76 passing.

“I thought there would be a little more scoring, for both teams,” said Astoria coach Howard Rub. “Estacada kept us out of the end zone the week before, and to Seaside’s credit, they tightened up whenever we got in the red zone.”

The first points of the game came via a safety, when Astoria’s Dylan Junes blocked a Seaside punt out the back of the end zone.

But the Gulls gave it right back on the next play, as Rocky Rub picked off a Carson Kawasoe pass.

Seaside’s Kaleb Bartel later intercepted an Astoria pass, but the Gulls were plagued by dropped passes and negative yardage plays on offense.

“I was happy for our guys to turn things around (from an 0-8 season in 2019), and to have a successful league season,” coach Rub said. “But mostly for just getting a chance to play. It was a great way for our seniors to go out as winners, and help us get back to where we want the program to be.”