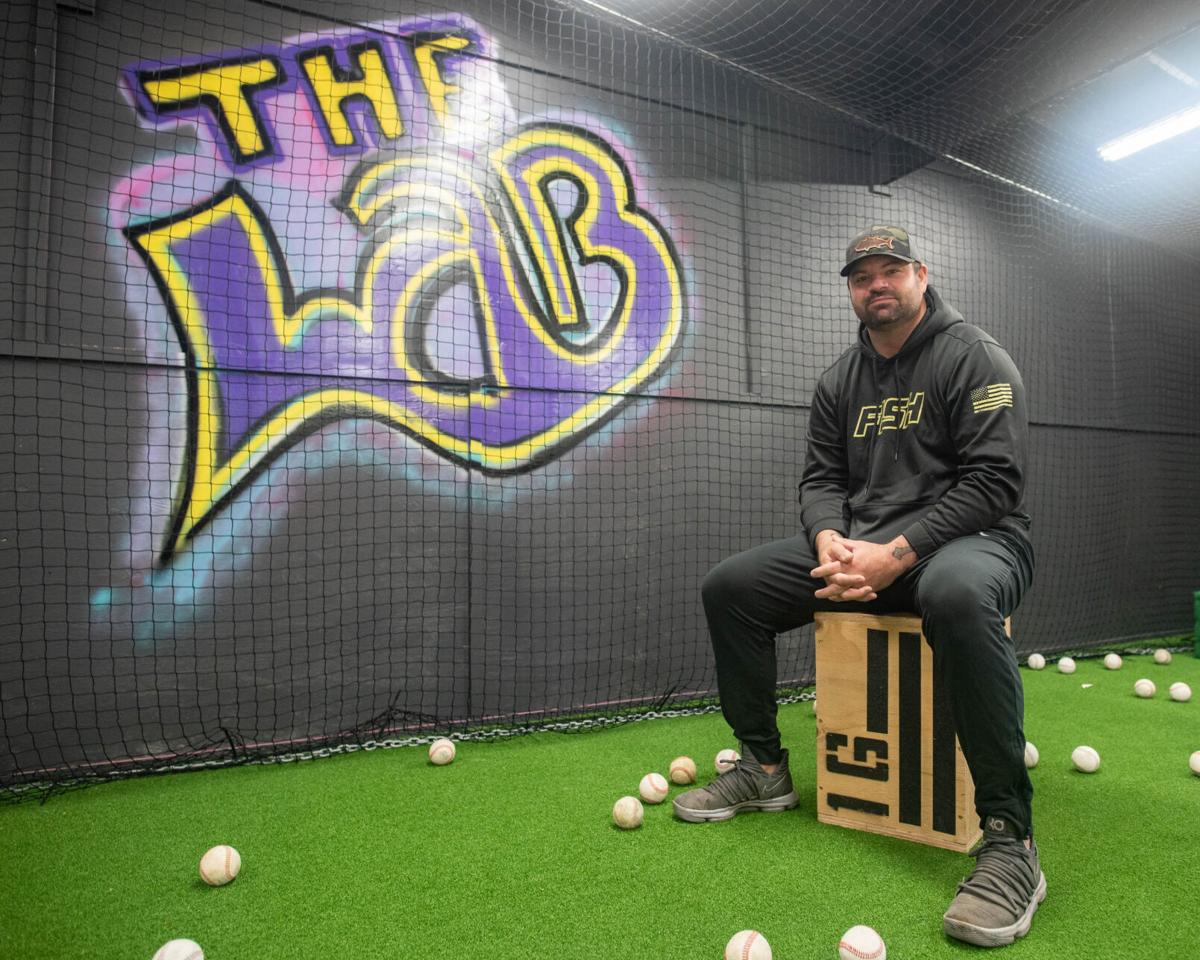 Grizzly Tuna owner and former professional baseball player Brian Bruney sits in his home batting cage that he and his children use for batting practice. 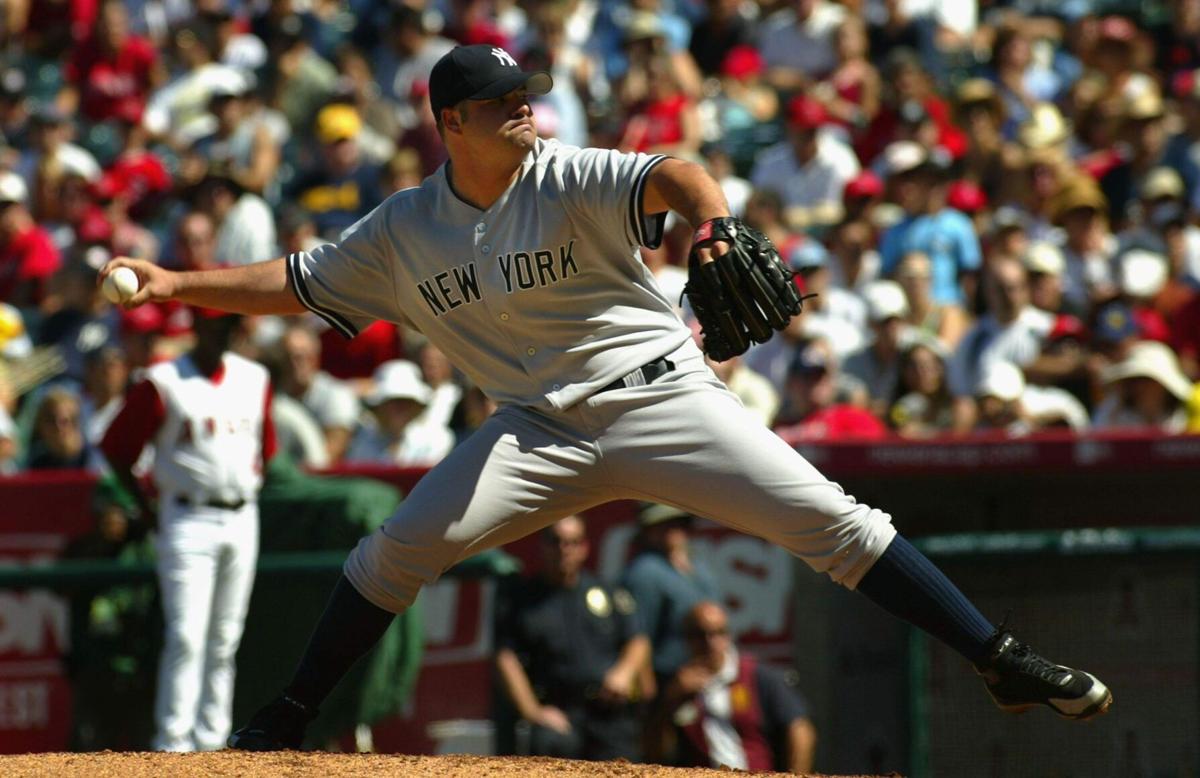 Brian Bruney spent 2006 through 2009 with the New York Yankees, making an appearance in the 2009 World Series. 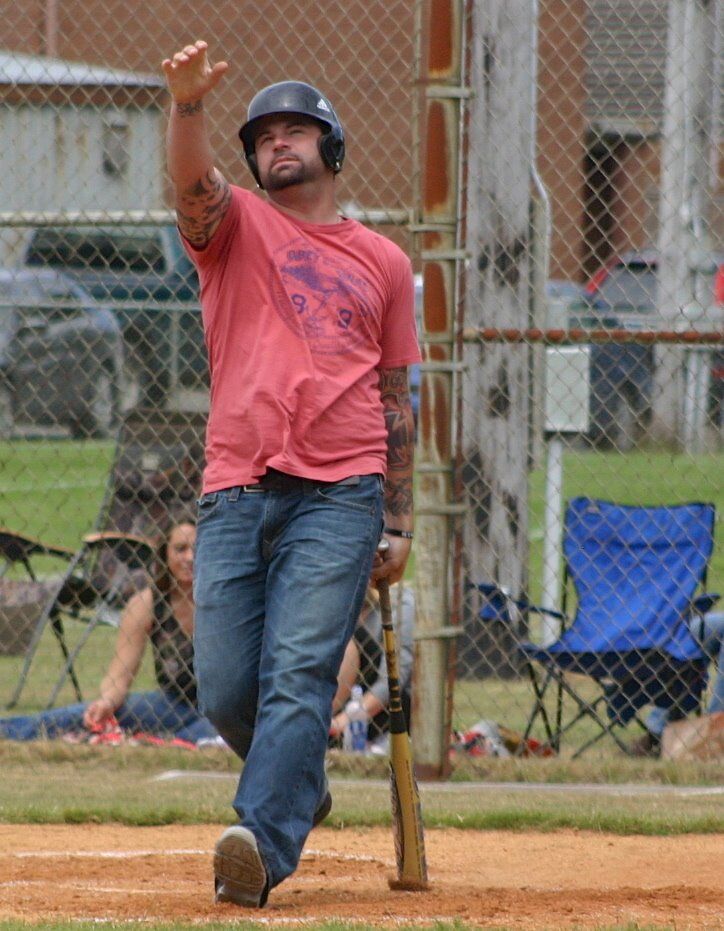 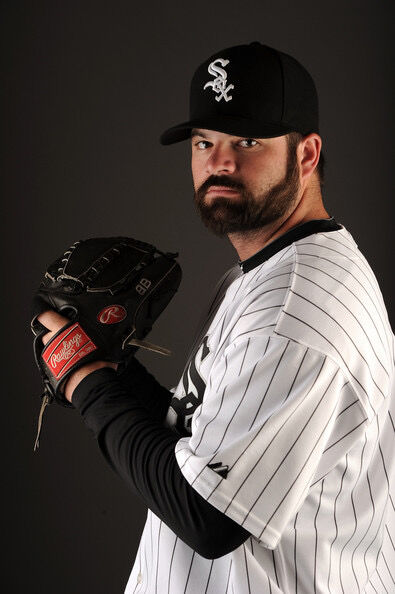 Brian Bruney when he played for the Chicago White Sox. 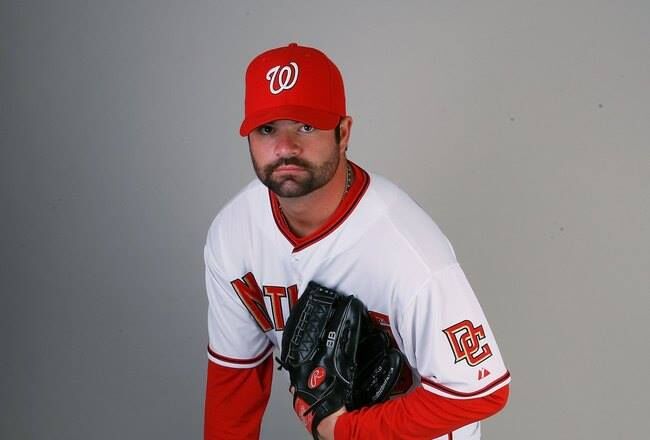 Brian Bruney when he played for the Washington Nationals.

From professional baseball player, to dad, to coach and now local business owner.

All in all, it’s been a smooth transition for Brian Bruney.

“It all comes full circle I guess,” Bruney said. Besides, “That’s all I ever wanted to do, grow up and coach.”

Bruney can proudly look back on a nine-year career in Major League Baseball, where he suited up for four different teams, appearing in 273 games as a relief pitcher and winning a World Series ring with the New York Yankees in 2009.

But Bruney likes looking to the future, whether it’s coaching, running a business, or his newest venture: studying for his mortgage license. “I’ve always wanted to get into real estate. Just like coaching,” he said. “I like helping people.”

The time is right for something new, he said. “So that’s what I’m doing now — coaching a lot and doing Grizzly Tuna.”

Bruney is the owner of Grizzly Tuna, a fish and chips drive-thru and takeout establishment in Seaside.

The key word this year has been “drive-thru.” In-person dining restaurants have struggled during the coronavirus pandemic, especially locally-owned businesses. But drive-thrus are thriving.

“I have a lot of friends in the restaurant industry that (the coronavirus) really, really affected them,” Bruney said. “My thoughts are with those people.”

For Grizzly Tuna, “being a drive-thru, if anything, it was better than the year before,” he said.

All in all, he said, the summer was not that bad.

“I was hoping for a little more baseball and softball, but I wasn’t too disappointed. We got a lot of practice in with the local kids, and saw a lot of improvement,” he said.

Bruney said he is in talks with others to remodel the hitting facility in Astoria.

“Give it a face-lift and make it more user-friendly. Right now, it’s basically a hitting facility. We want to make it a total baseball facility, being able to throw, hit and field in there.

“Adam Svensen and I are taking the lead on it, with the help of the Englunds and (Dave) Gasser. It’s something that needs to be done, and everybody seems to be on board with it. We’re going to rely on community support and get that done this winter.”

Bruney said, “I’m disappointed for last year’s seniors, not getting the experience that they should have gotten. After playing nine years of sports, you’re supposed to go out as the big dog on campus. It’s unfortunate they didn’t get that their final year. I’m looking forward to things getting back to normal, as much as it can be. I miss being a coach on the sideline or a parent in the stands.”

For now, athletes “just adapt and do what you have to do,” he said. “If you don’t have a kid who’s a self-motivator, they’re going to go backwards. But if you have a kid who has the ability to work out at home, you’re going to make some big leaps. I look at it as just a big offseason. Make improvements and work on the things you need to do. When I came home every year, I had four months where I had to reinvent myself, or make sure that I could come back and throw strikes. You hit it hard, and it’s amazing what a person can do in four months of hard work.”

Bruney was born in Astoria and grew up in Warrenton.

Sportswise, Bruney enjoyed a prep career at Warrenton High School that saw him earn state Player of the Year honors in 2000.

As a hitter, he still holds school records for career home runs (34), career batting average (.505, tied with Zach Gantenbein) and RBIs in a season (52). On the mound, he is third in career strikeouts (277).

The formative years before high school were just as big and memorable, he said.

“I enjoyed my dad and my buddy’s dads coaching me. I looked up to those guys. Craig Cokley, big Ron Kelly, Darrel Ferguson, Loren Gramson, Steve Anderson … there’s a lot of guys I can name,” he said.

Former Warriors such as Ryker Thornton and Boomer Bjaranson, “they’re still in it,” he said. “They made coaching look so much fun. All I wanted to do was grow up, raise a family and coach some baseball or basketball.”

Bruney, a husband with three kids, has coached both sports, most notably some youth girls basketball players in Astoria — players who could one day make a run at a state high school championship.

Only time will tell how far his own kids advance athletically, but if he’s any judge of talent, you might want to start tracking the Bruney name over the next 10 years.

His two oldest, “They work hard, and they’ll have good attitudes, I promise you that. (Shelby) definitely outworks how hard I worked, so I’m proud of her for that,” Bruney said.

“I’m excited to get that group of kids into high school and see what they do. I’ve been coaching basketball teams for four or five years. When they play the big schools, we hold our own. We work hard and don’t quit, and we’ll give you 40 minutes. And when it’s over, you’re not going to want to play us again. We don’t win ‘em all, but we sure fight hard.”

Bruney coaches youth in Astoria. Still, he said, “I tell people all the time, ‘I will always bleed purple and white.’ I’m always going to be a Warrenton guy. But my kids have a good opportunity (in Astoria). My daughter’s class has some really good athletes, and the town’s been super supportive of us.”

He adds, “Nothing would make me happier than retiring here, being an old coach and winning a couple state titles. And hopefully raising grandkids too, and coaching them.”

As for himself, “I learned so much from sports,” Bruney said. “It’s not all about going to college or playing pro. I learned a lot about life, discipline and leadership that’s carried over into other things I’ve done. It gave me a good foundation for who I am.”

Likewise, youth sports has changed a bit in 25 years.

“It’s a little different than when I was a kid. The first time I ever led off and stole, I was 13 years old. Now, in tournament ball that my little guy is in, they’re doing leadoffs and steals and pickoffs. It’s a totally different ball game,” he said. “We’re watching as much baseball as we can to get him caught up on a lot of the different moving parts that happen in big-boy baseball.”

Bruney did not watch a lot of big league baseball this season.

“I’ve been so involved with coaching my daughter, I didn’t watch a ton of baseball. I definitely wasn’t rooting for the Dodgers, that’s for sure,” he said.

Baseball “has changed so much, just in the last eight years,” he said. “Everybody throws 100 miles an hour now. The game’s just different. Everybody’s trying to hit home runs, everybody throws gas.

“When I was throwing as hard as I threw, I hit 100 multiple times, and topped out at 102. There were only about five guys in all of baseball who could do that. Look at the Dodgers this year. I think three of their starters did it, and five of their relievers.”

“I like seeing guys come in and throw a 100 miles an hour and challenge hitters with five fastballs in a row. It’s mano a mano. I like that kind of baseball.

“At the same time, I still yearn for one of those crafty old lefty veterans, like Jamie Moyer, coming in and throwing 77. Who knows? That might make a comeback some day,” he said.

Yet baseball is still “the only sport where you have to give the other team the opportunity to come back. You can’t kneel on it, you can’t run out the clock. You have to throw it over the plate and give the other guys a chance,” he said. “That’s what I love about baseball.”

And Bruney’s uniform number with the Yankees — 99 — went to a future Hall of Famer, Aaron Judge. “I see people wearing that jersey,” Bruney said, “and I’m like ‘thanks for wearing my jersey.’”