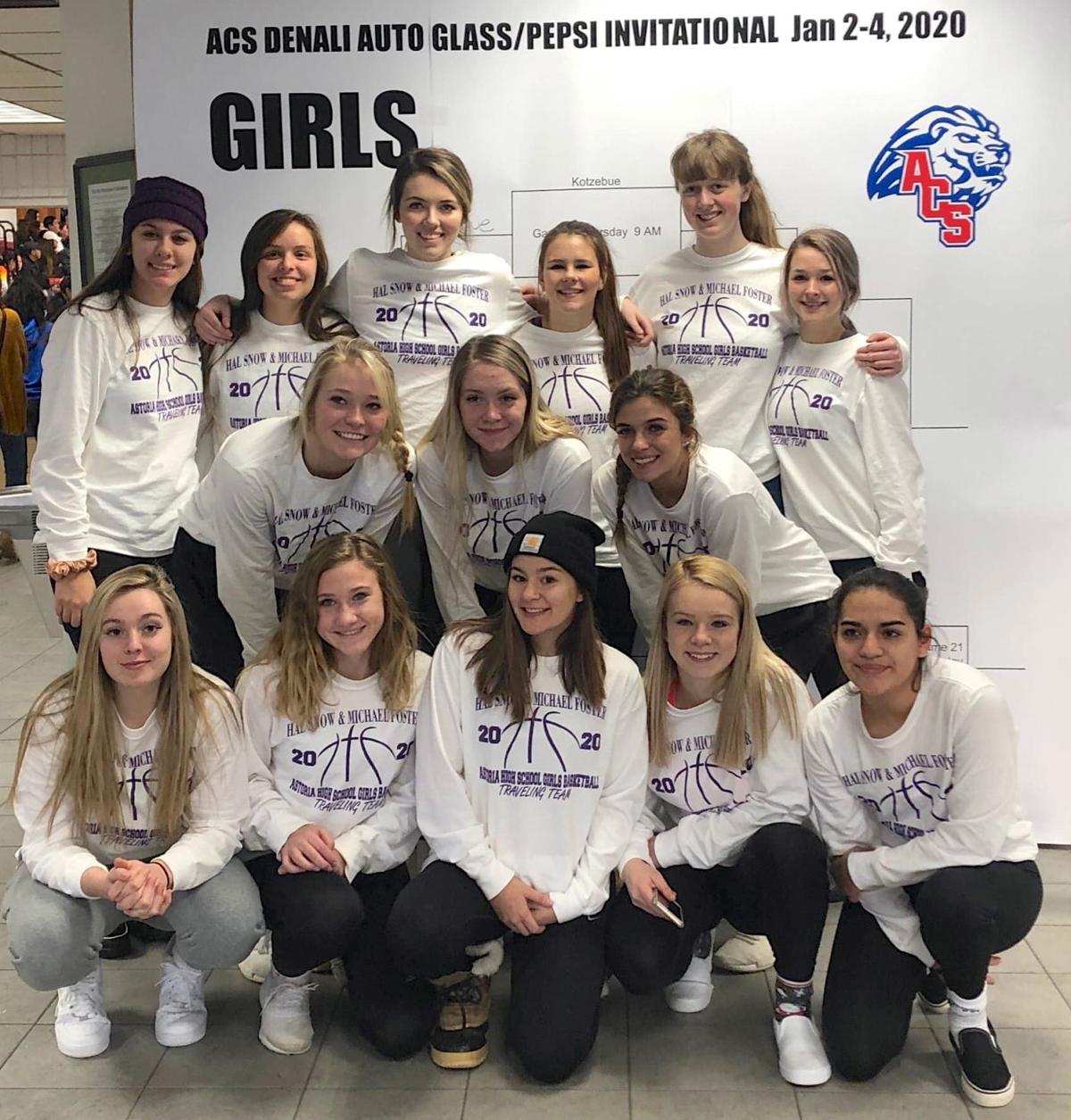 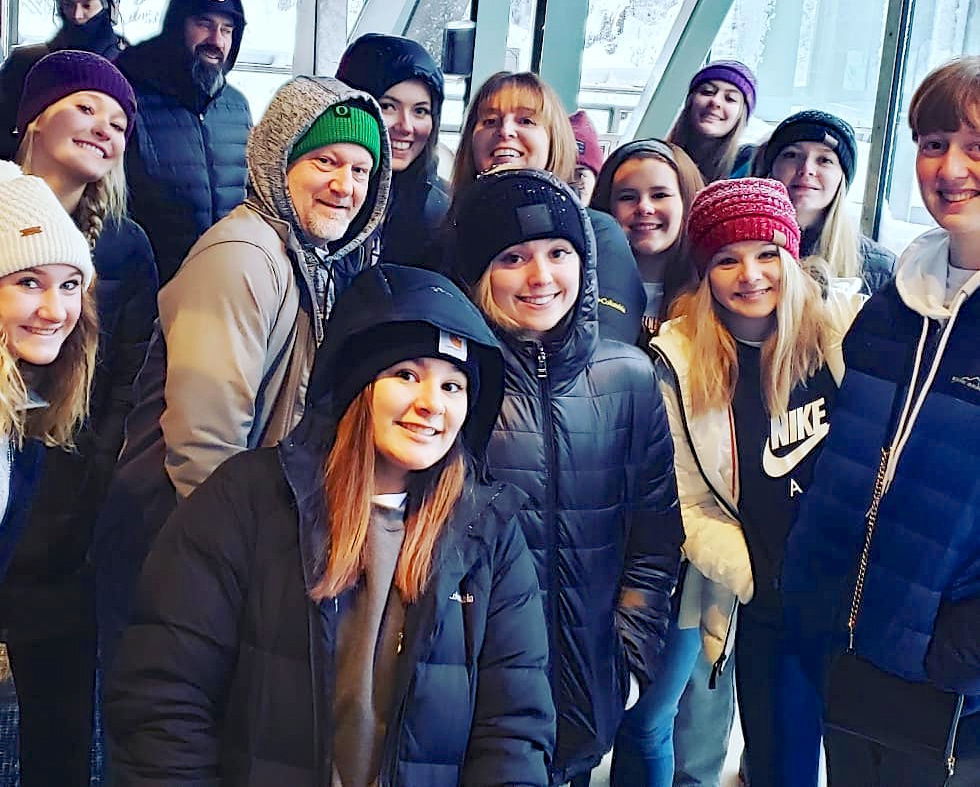 Members of the Astoria girls basketball team also had time for some touring on their Alaskan adventure, spending time here on the Alyeska Aerial Tramway. 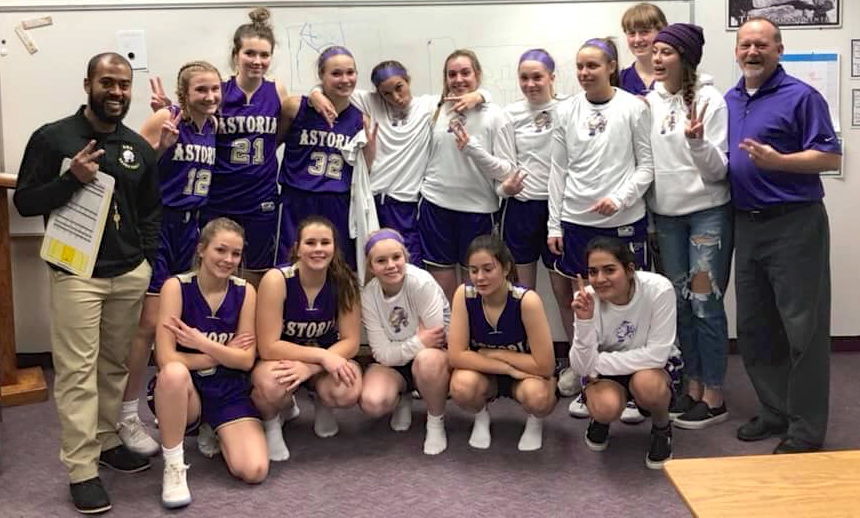 The ‘Hal Snow/Michael Foster Traveling Team from Astoria,’ following their second place finish in the Pepsi Invitational in Anchorage.

Members of the Astoria girls basketball team also had time for some touring on their Alaskan adventure, spending time here on the Alyeska Aerial Tramway.

The ‘Hal Snow/Michael Foster Traveling Team from Astoria,’ following their second place finish in the Pepsi Invitational in Anchorage.

There was no lack of offense Saturday night in Anchorage, Alaska, where the Astoria and Anchorage Christian girls basketball teams met in the championship game of the Denali Auto Glass/Pepsi Invitational.

The two teams — who will likely be playing for state championships in their respective states two months from now — combined for 157 points, with Anchorage Christian scoring the majority.

The Lady Lions put up a whopping 92 points on the best defensive high school team in Oregon, in a 92-65 win over Astoria.

On the bright side, the Lady Fishermen — who prefer to be called the “Hal Snow/Michael Foster Traveling Team” in recognition of their Alaska road trip sponsors — should win the rest of their games in the regular season.

In fact, Anchorage Christian — five-time state champions in Alaska since 2008 — may be “the best team we’ve faced, and probably will play this year,” said Astoria coach Mike Jacobson. “We played pretty good, but we got out of rotation a few too many times defensively and that really hurt us.”

Astoria’s high pressure defense did not work against the Lions, who only had 17 turnovers — about 20 below what the Fishermen usually force.

Still, the game was tied 22-22 after one quarter, and Astoria was very much within striking distance at halftime, trailing 42-33.

It was a 31-17 run by Anchorage Christian in the third quarter that helped the Lions build a 23-point lead going to the fourth.

Astoria was 10-of-21 at the line to 19-of-31 for Anchorage Christian. Brooklynn Hankwitz fouled out for the Fishermen, while three Anchorage players finished with four fouls each.

Halle Helmersen poured in 24 points for Astoria, but Hailey O’Brien was the only other player in double figures with 10.

“Halle played by far her best game of the season,” said Jacobson, whose team will take a few days off before returning to action Friday at Molalla.

In Friday’s win over Barrow, Astoria held a slim 49-48 lead heading into the final quarter, before finishing off a 64-61 win.

The Fishermen shot well for the second day in a row, connecting on 24-of-57 shots from the field, 2-of-10 from the 3-point line.

Once again, Astoria used its overpowering defense to force 26 turnovers, with 14 team steals.

Offensively, Halle Helmersen led the way with 13 points, followed by Brooklynn Hankwitz and Kajsa Jackson with 12 each. Astoria had eight players in the scoring column.

The Fishermen won an award for highest team free throw percentage for the tournament (74%), while Hankwitz and Helmersen were both named to the all-tournament team.

In addition to the contributions from Snow and Foster, Jordan Schnitzer contributed a $5,000 grant for the road trip.