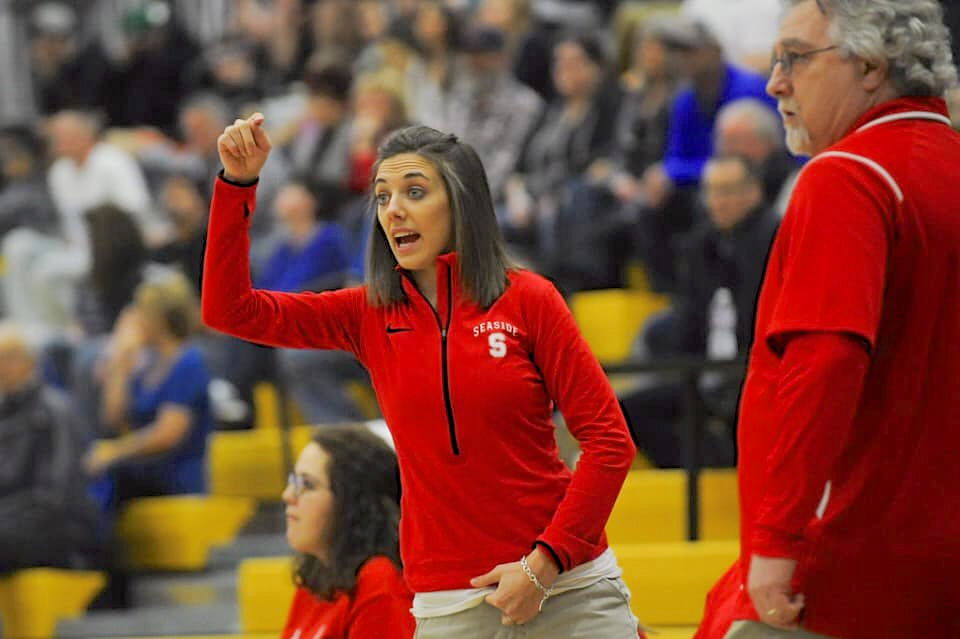 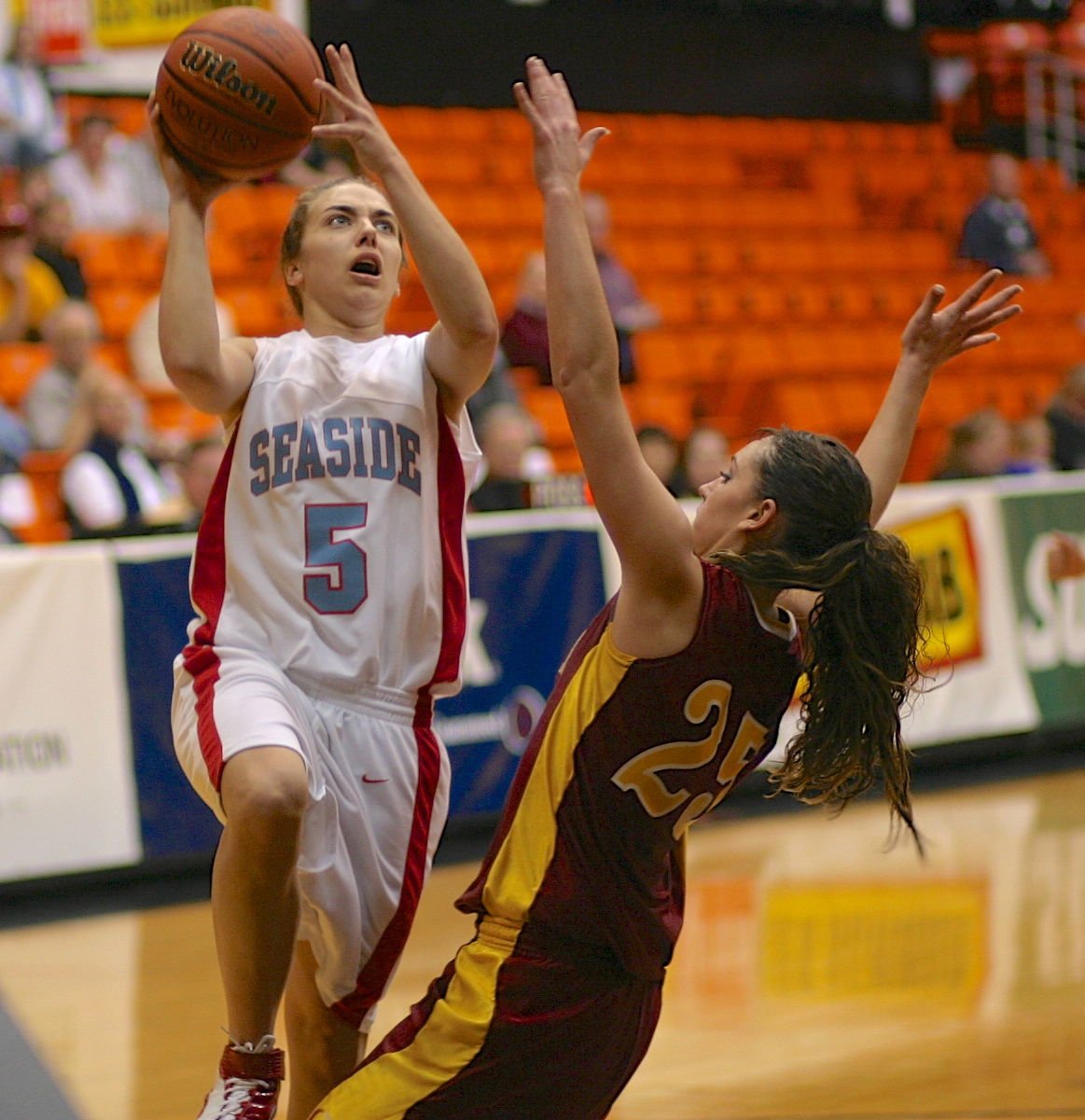 Marla Olstedt drives to the hoop in the 2008 state tournament at Gill Coliseum in Corvallis. 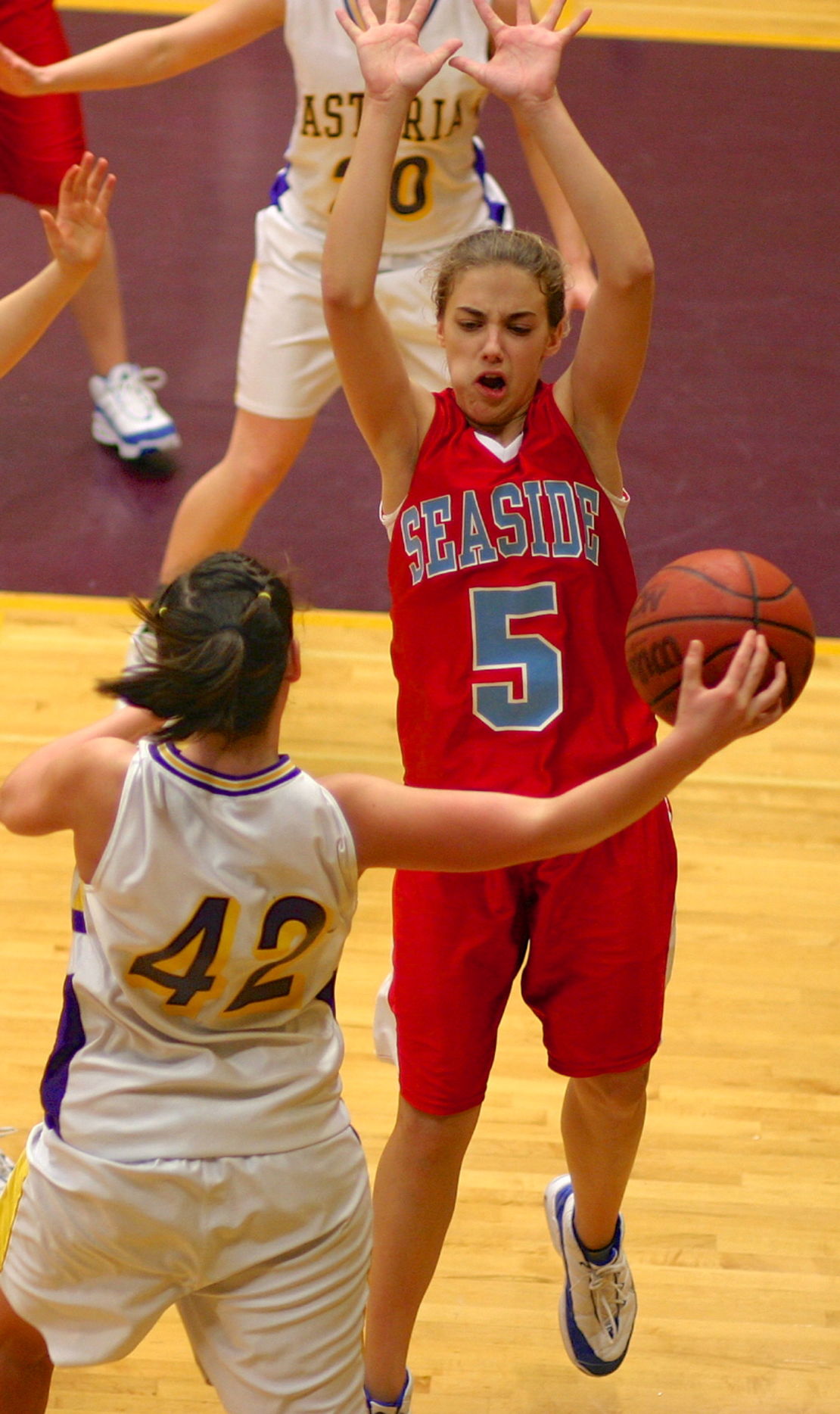 Marla Olstedt’s Seaside team will be big on defense next season.

Marla Olstedt drives to the hoop in the 2008 state tournament at Gill Coliseum in Corvallis.

Marla Olstedt’s Seaside team will be big on defense next season.

It will be a new-looking Seaside girls basketball team next winter. In addition to moving into a new school, the Lady Gulls will have a new coach on the bench.

Former Gull and longtime assistant coach Marla Olstedt is moving up the coaching ladder, as she was named head coach for the Seaside varsity girls basketball program on Wednesday.

She replaces Mike Hawes, who has stepped down after four seasons.

“I’m excited for the opportunity,” said Olstedt, a former three-sport athlete at Seaside, Class of 2008. “Hopefully we’re playing this winter.”

After taking over from Wally Hamer, Hawes led the Lady Gulls to a 20-5 overall record (9-1 in league) and a third-place finish in the state tournament in 2016-17.

Hawes brought Olstedt in as an assistant coach going into the 2016-17 season.