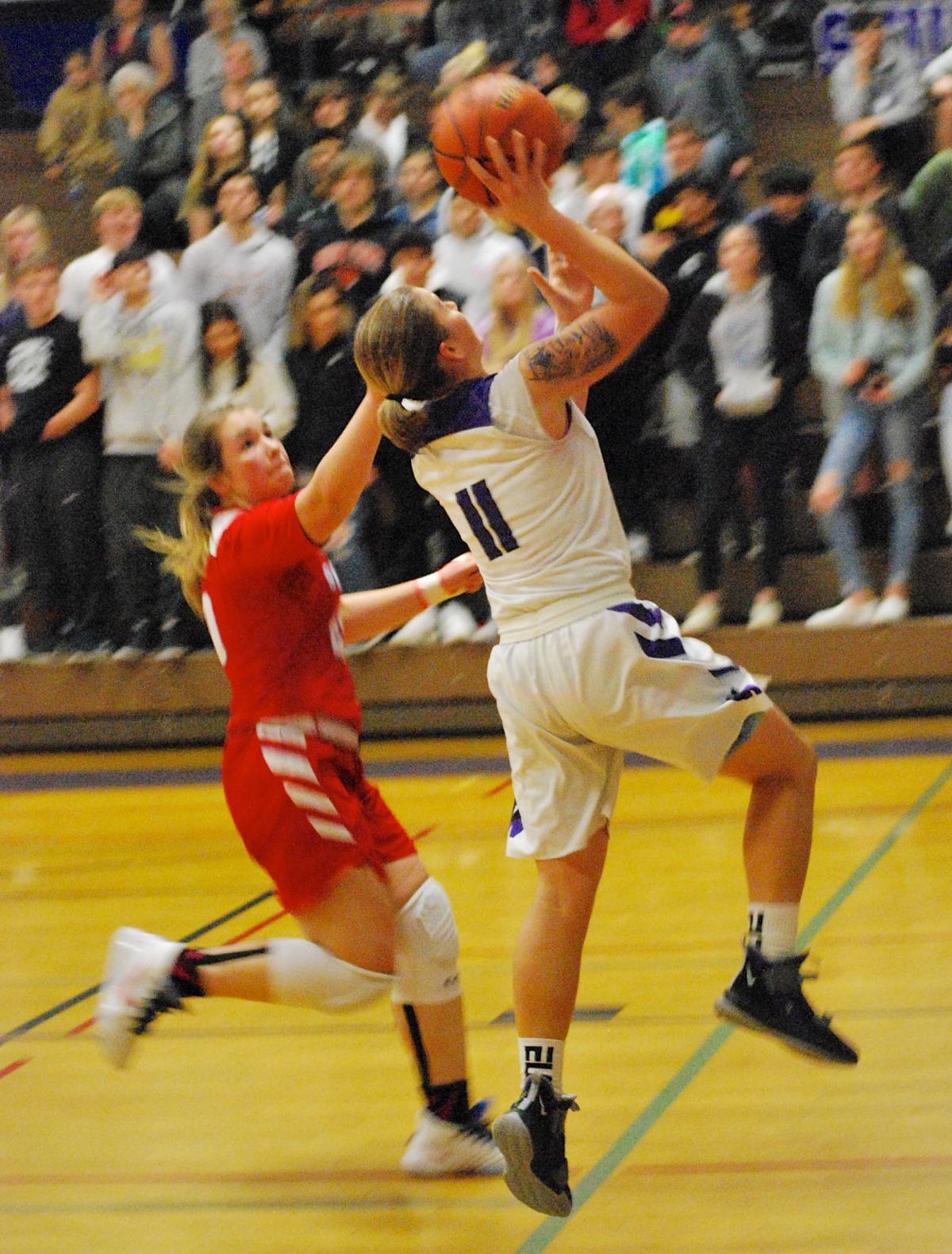 Kenzie Ramsey scored 17 points, 11 in the first half, for the Warriors. 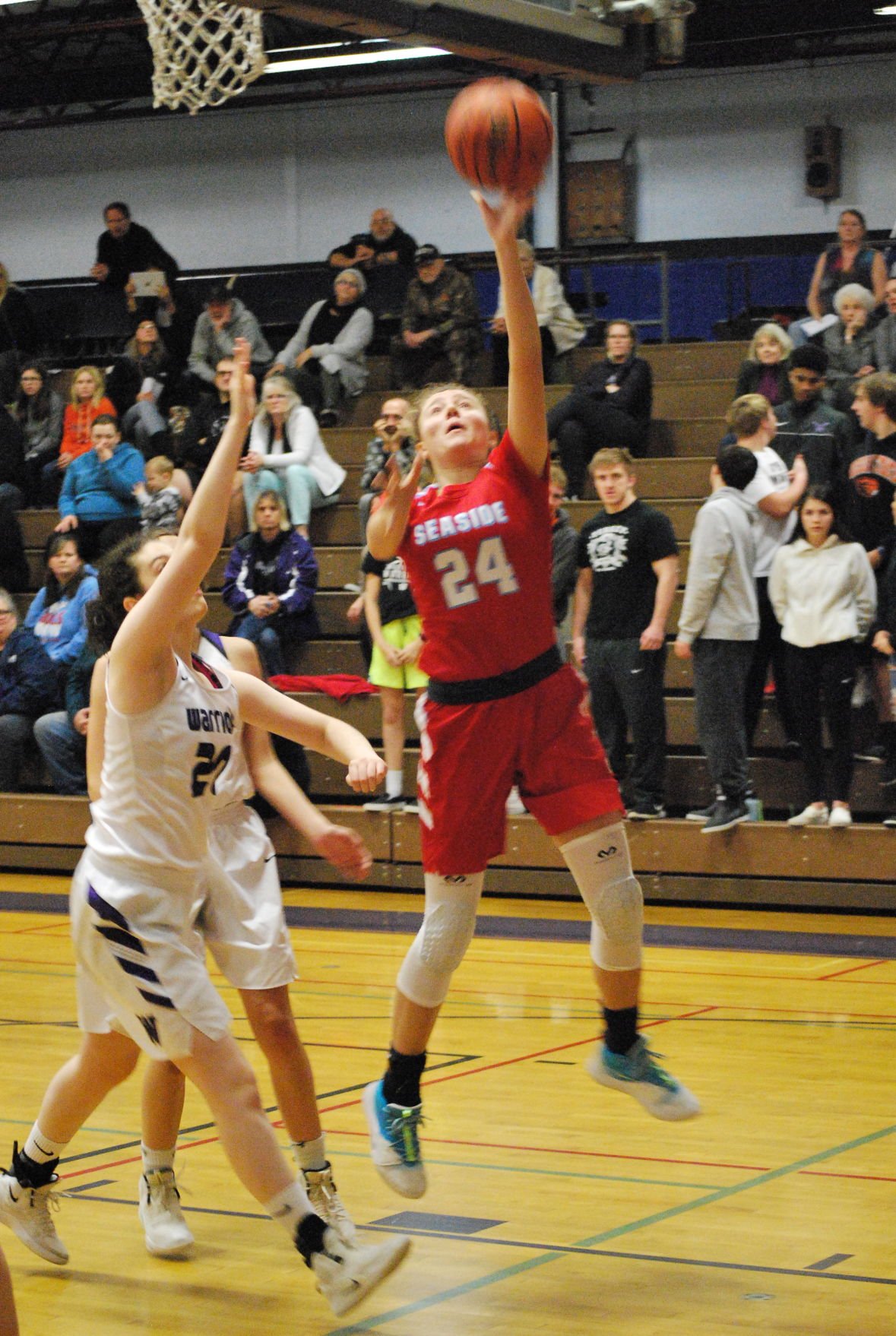 Seagull Lilli Taylor soars in for two of her game-high 18 points in the win at Warrenton. 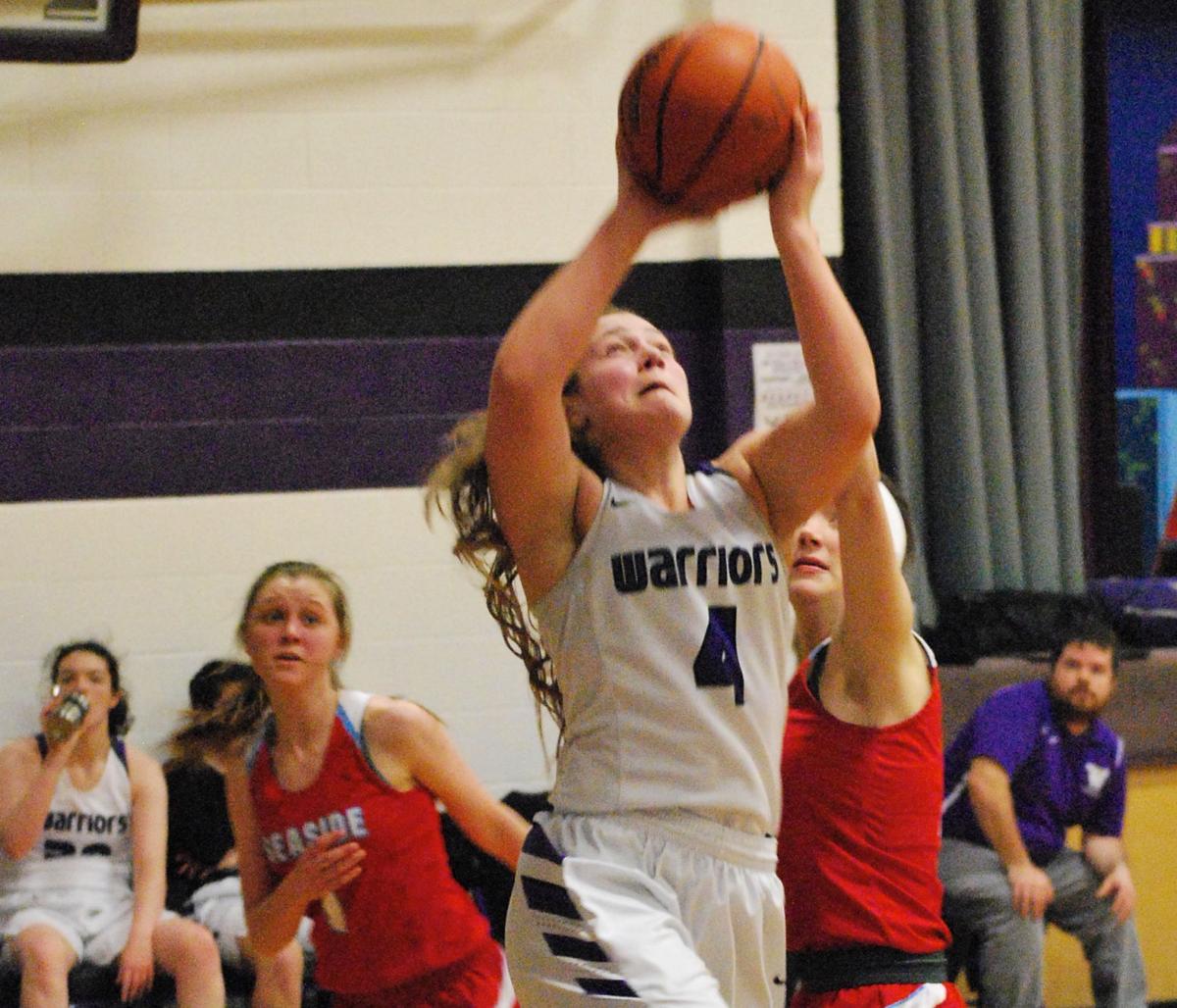 Warrenton’s Avyree Miethe drives past Tristyn McFadden of Seaside on her way to the hoop in Wednesday’s game at Warrenton.

Kenzie Ramsey scored 17 points, 11 in the first half, for the Warriors.

Seagull Lilli Taylor soars in for two of her game-high 18 points in the win at Warrenton.

Warrenton’s Avyree Miethe drives past Tristyn McFadden of Seaside on her way to the hoop in Wednesday’s game at Warrenton.

The Seaside and Warrenton girls basketball teams played the momentum game Wednesday night in a nonleague Clatsop Clash at Warrenton.

Seaside ultimately won the back-and-forth affair, 37-32, for its third win over the last five games, while the Warriors dropped their fourth in the last five.

Still — after falling behind 14-6 late in the first quarter — the Lady Warriors controlled most of the action in the second and third periods, building an eight-point lead of their own in the fourth.

A steal and layup by Seaside’s Tristyn McFadden gave the Gulls their eight-point lead in the first quarter, but Warrenton answered with a huge first half from their designated sharp-shooter.

Senior Kenzie Ramsey had 11 of Warrenton’s 14 first half points, then had three consecutive scores off three turnovers for the first six points of the third quarter, giving the Warriors a 20-16 lead.

Baskets by Annie Heyen and Melia Kapua had Warrenton in front 25-22 after three quarters of play.

And the Warriors added to their lead to start the fourth, with a 3-pointer from Grace Fritz and a pair of free throws by Avyree Miethe giving Warrenton a seemingly safe 30-22 lead.

But the biggest run of the night belonged to the Lady Gulls, as a simple layup from Ruby Douglas sparked a 15-2, game-deciding run for Seaside.

Back in the Seaside lineup after spraining her ankle in a tournament at Stayton, Lilli Taylor scored six straight points to tie the game at 30-30.

A 3-pointer by teammate Ellisa Blodgett gave the Gulls a 33-30 advantage with 2:40 remaining, and Seaside closed with scores from Taylor and Douglas, while Rebecca Kelly had a late bucket for the Warriors.

“We finally started doing what had been there all along,” said Seaside coach Mike Hawes. “Clearly having Lilli start at the top on offense settled us.”

Warrenton’s “best play was intercepting our horrible passes,” he said. “I will say I’m very happy we pulled this out. Perhaps we can continue to learn some from it.”