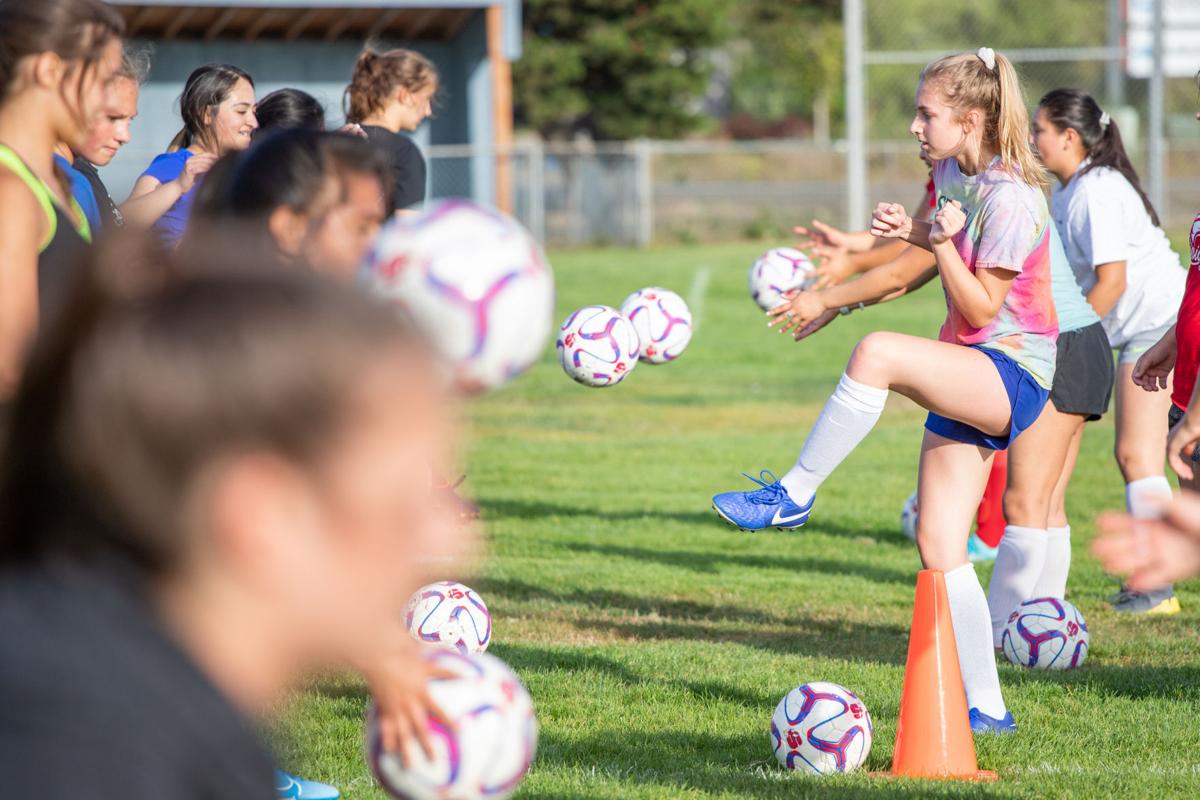 Seaside girls soccer players bump balls back and forth during warmups. 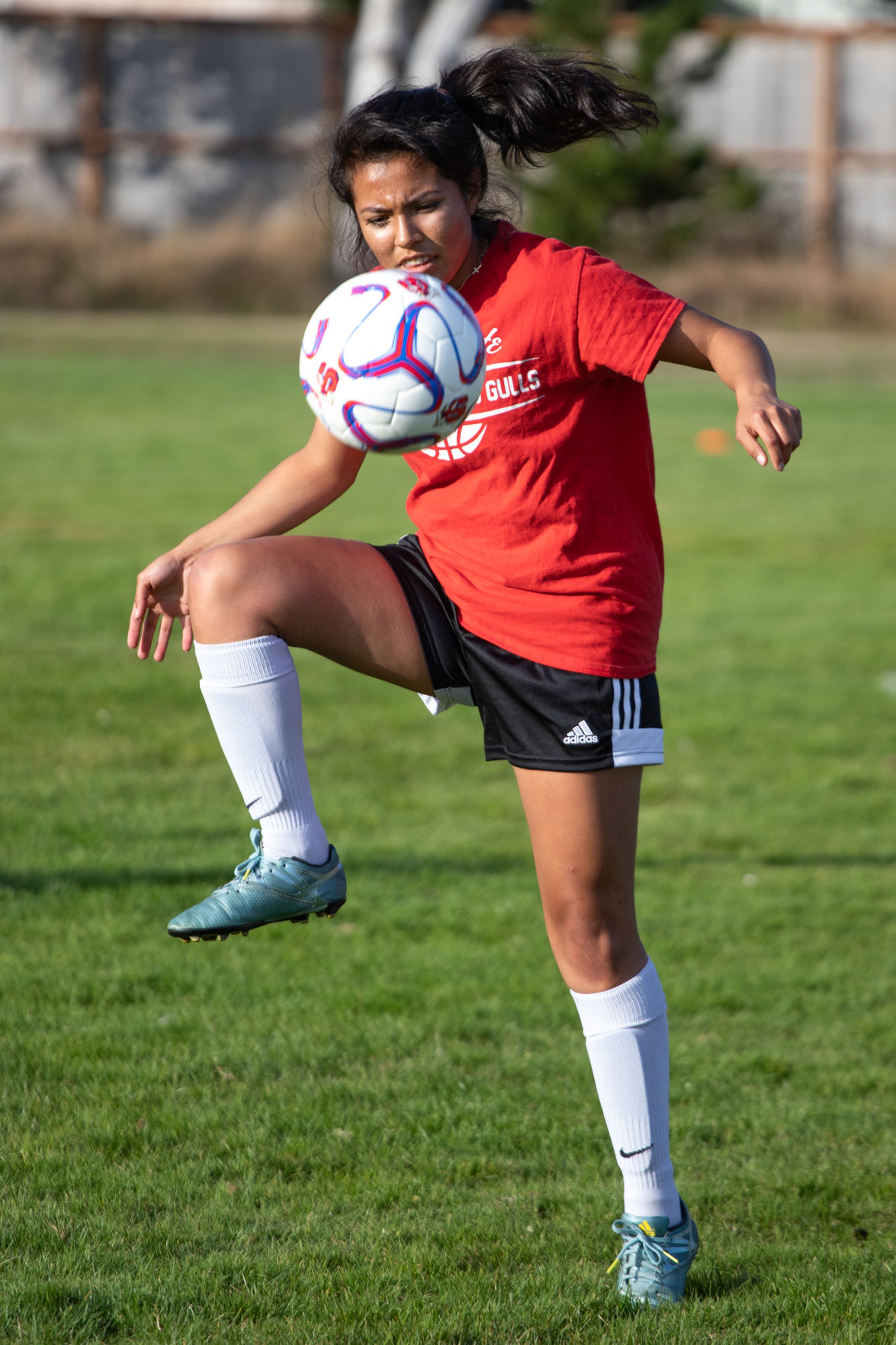 A player bumps a ball passed to her during practice. 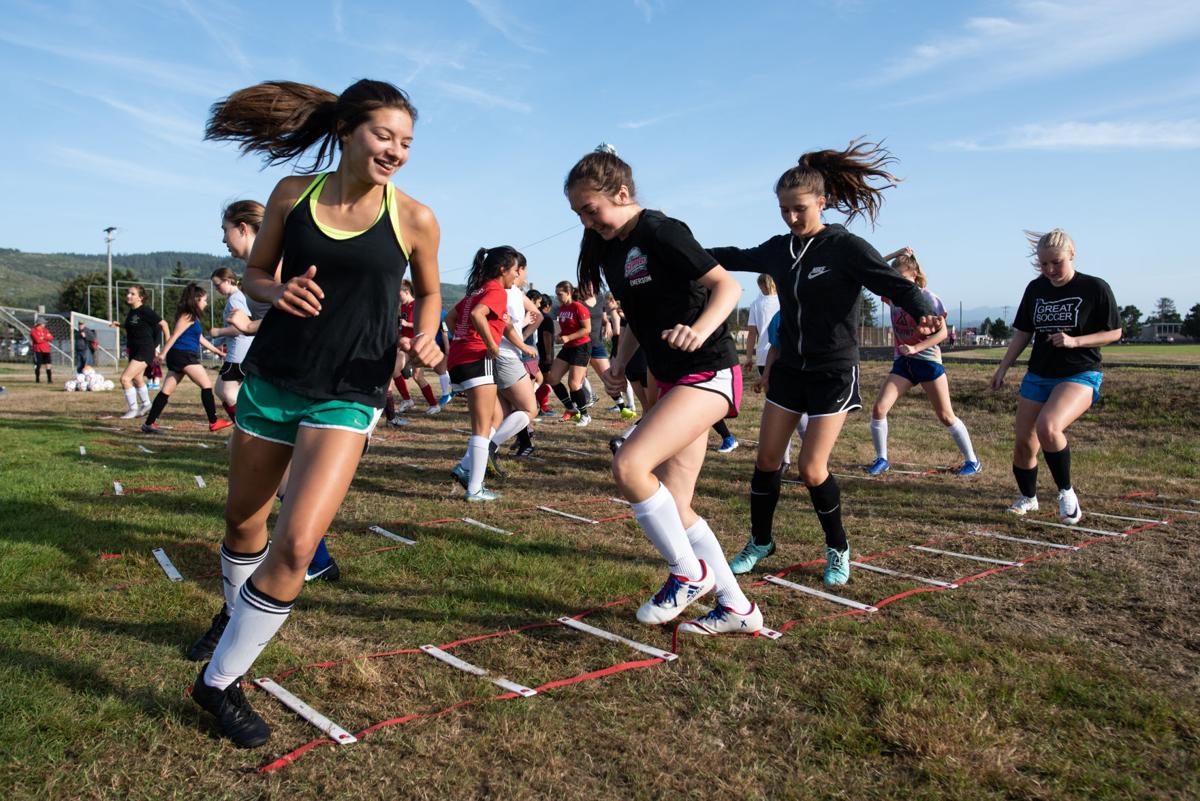 Seaside girls soccer players bump balls back and forth during warmups.

A player bumps a ball passed to her during practice.

The Seaside girls soccer program faces a rebuilding job in 2019, from the ground up.

And what better name to bring back for a major rebuilding effort than Dave Rouse.

He spent 20 years as the head coach of Seaside girls soccer, “retiring” after the 2013 season.

Matt Johnson took over for two years (2014-15), and Josh Garhofer spent the last three seasons (2016-18) as the Seaside coach, before Rouse decided to make his return.

“Yes, I am back as the varsity coach,” said Rouse, who never really left the program, assisting or serving as the junior varsity coach, as he did last season.

Which pretty much makes Rouse the expert in a rebuilding job of this size.

“We lost all but one of our back line, plus our keeper,” Rouse said. “Susie Velazquez (So.) is the returning defender and will provide a solid anchor and leadership at the back. Lilli Taylor (So.) is playing soccer this year and looks to be a strong addition to the team.”

Taylor made a name for herself as a freshman in the basketball program last year, and would make a fine addition in any sport she plays.

Elsewhere, Rouse said, “the midfield and forward positions are going to see the most competition for places. Dawnielle Fenton (Jr.) has looked good this summer.”

(Unfortunately, Fenton suffered a broken leg in a preseason jamboree.)

“The returning senior varsity players, Adamari Anguiano (Jr.) and Angela Reyes (Sr.), have been practicing all summer and will provide good leadership for the team. Edith Mendez, Anna Peon Marin and Kara Spell are seniors who will be playing varsity for the first time and should help the team.”

Rouse and the Gulls will need every bit of the two-week preseason to prepare for the upcoming schedule.

Early on, “I am seeing good competition for the spots on the varsity,” Rouse said. “It is too early to predict the makeup of the varsity team. And I’m not ready to put the younger freshman players under the pressure of expectations.

“I do think both the freshman and sophomore classes have strong players who are going to contribute to our program as the opportunity arises,” he said.

The Gulls will be young and inexperienced, but “I think we will be competitive,” Rouse said. “Our goal will be to make the playoffs.”