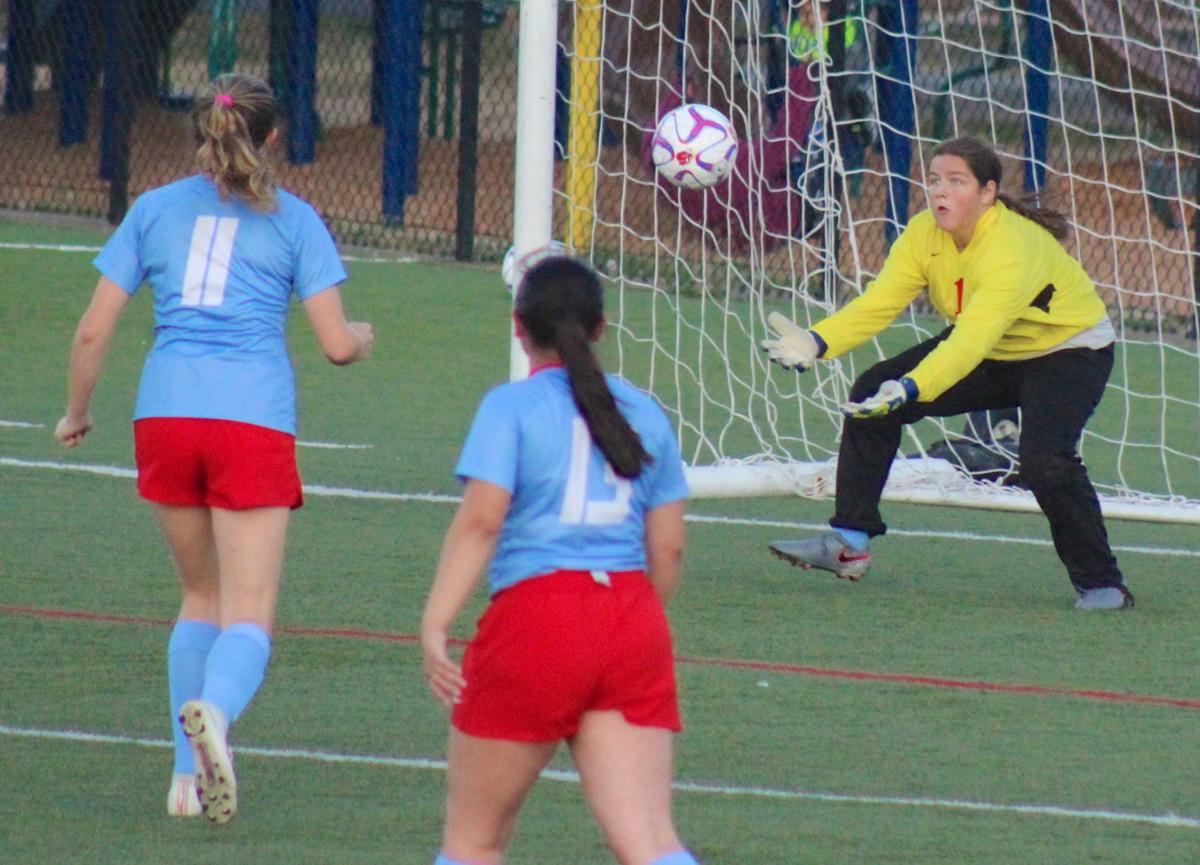 Seaside freshman goalkeeper Abygale Brien, right, makes one of her saves during Tuesday's win over Newport. 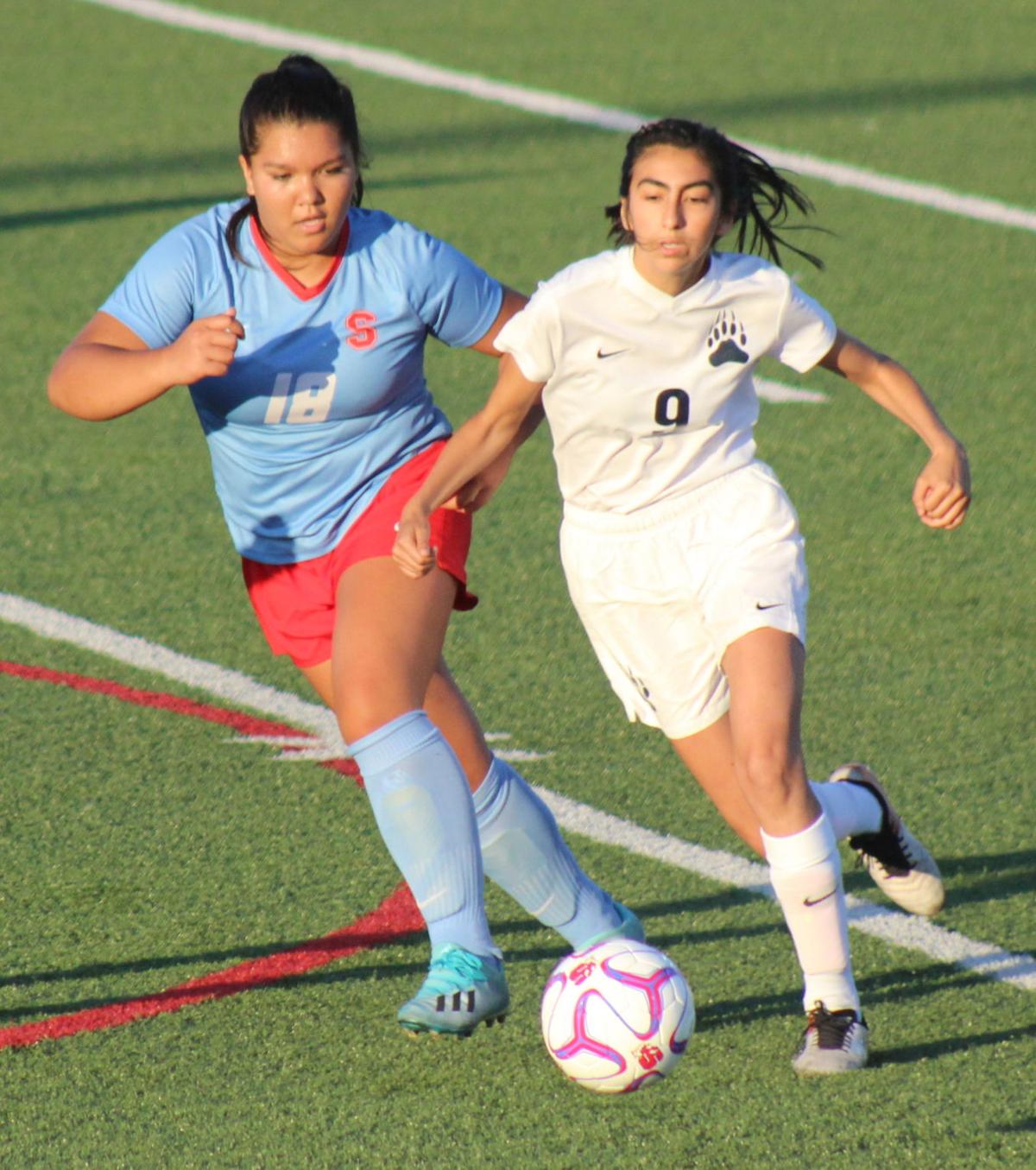 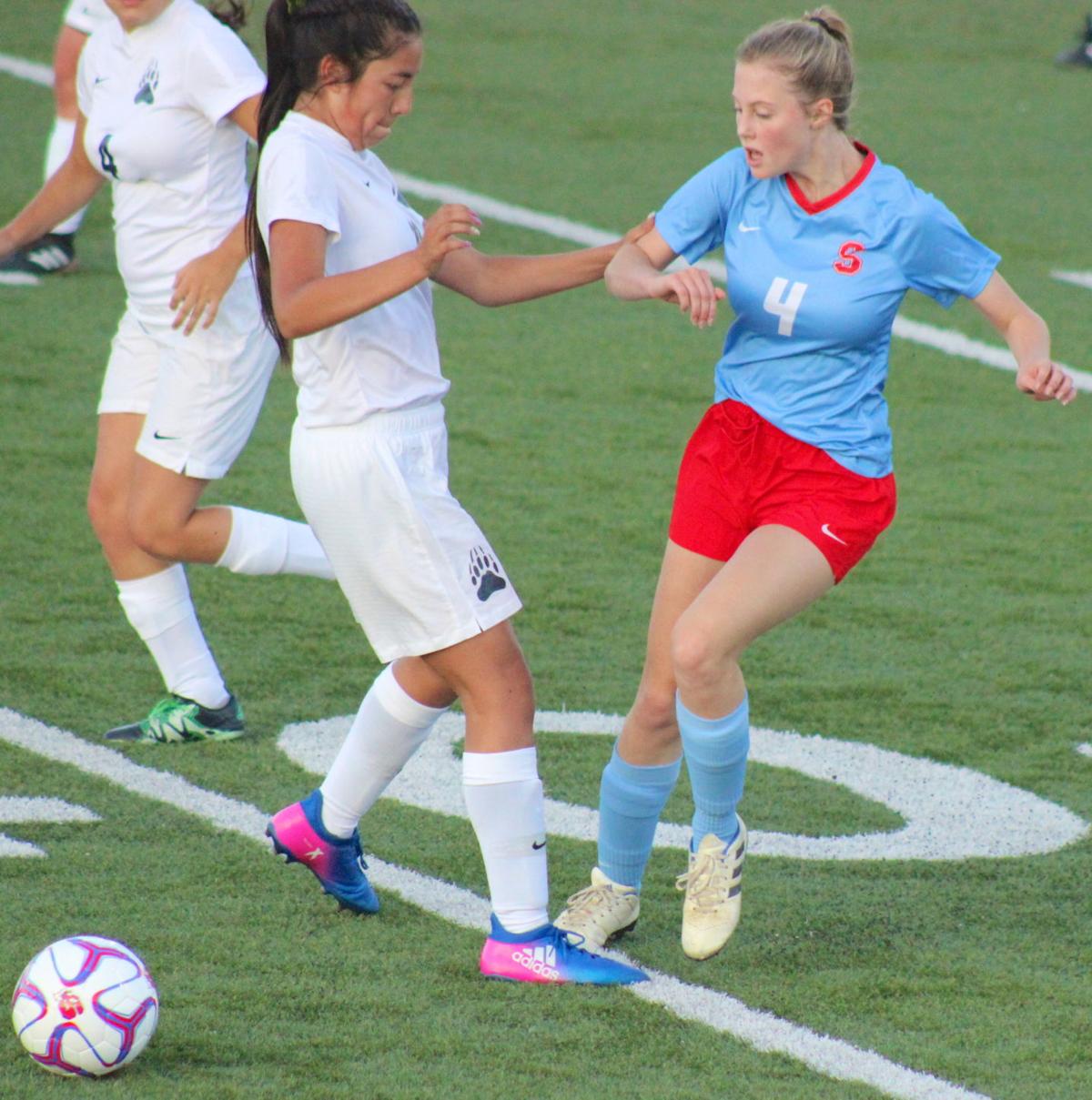 Seaside freshman goalkeeper Abygale Brien, right, makes one of her saves during Tuesday's win over Newport.

SEASIDE — It was a successful return to the varsity coaching ranks for Seaside’s Dave Rouse, who led the Gulls to a 2-0 win Tuesday night over Newport in a 2019 girls soccer season opener at Broadway Field.

After a scoreless first half, a bunch of Seaside sophomores teamed up to score two goals in a little over one minute of action midway through the second half to officially open the season with a victory.

“Just like old times,” said Rouse, in his return as varsity coach after stepping down following the 2013 season.

“The girls really earned their stripes in the jamboree,” last Thursday at Woodburn, he added. “We played North Marion and Woodburn, and did a great job there.”

Tuesday’s official opener saw the official debut of freshman goalkeeper Abygale Brien, who got the shutout. She made four saves in the first half and three more in the second.

The Cubs dominated time of possession in the first 40 minutes, with four shots on goal and four corner kick opportunities.

Seaside did not have a shot on goal until the seventh minute of the second half, when Hailey Hughes banged a shot off the right post off a crossing pass from fellow sophomore Ila Bowles.

With 25:45 left in the game, Seaside sophomore Anna Knoch gathered in a pass from Emma Arden, and Knoch hammered in the wide open shot from 10 yards at the right post for the game’s first goal.

Shortly after, Arden — another sophomore — chased down a pass up the middle of the field, and won a race to the ball with Newport senior goalkeeper Kaeden Fletcher-Vogel, scoring easily into an open net with 24:25 remaining.

That was more than enough for Seaside’s strong defensive side of the ball, which shut down the Newport attack in the second half, as the Cubs had just three shots on goal and two corner kick chances.

“We were a little helter-skelter in the first half, but we really settled down in the second half,” Rouse said. “I used a lot of players tonight. You never know how they’re going to play in the first game, but I was really proud of them.”

Seaside’s back line, anchored by Lilli Taylor and Susana Velazquez Huanosta (more sophomores) turned the Cubs away repeatedly, preserving the shutout for Brien.

Seaside plays Saturday at Junction City at 7 p.m.. The game was originally scheduled for Thursday.