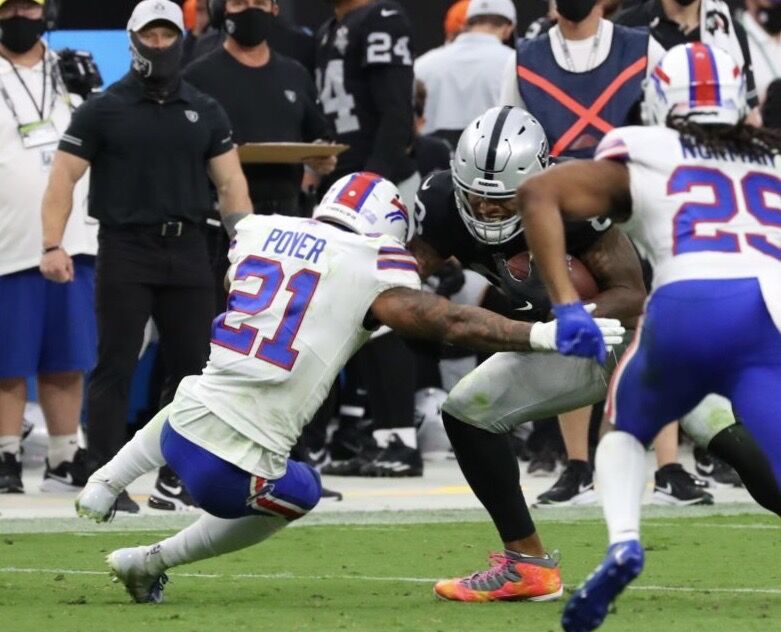 Jordan Poyer makes a tackle in a recent win over the Las Vegas Raiders. 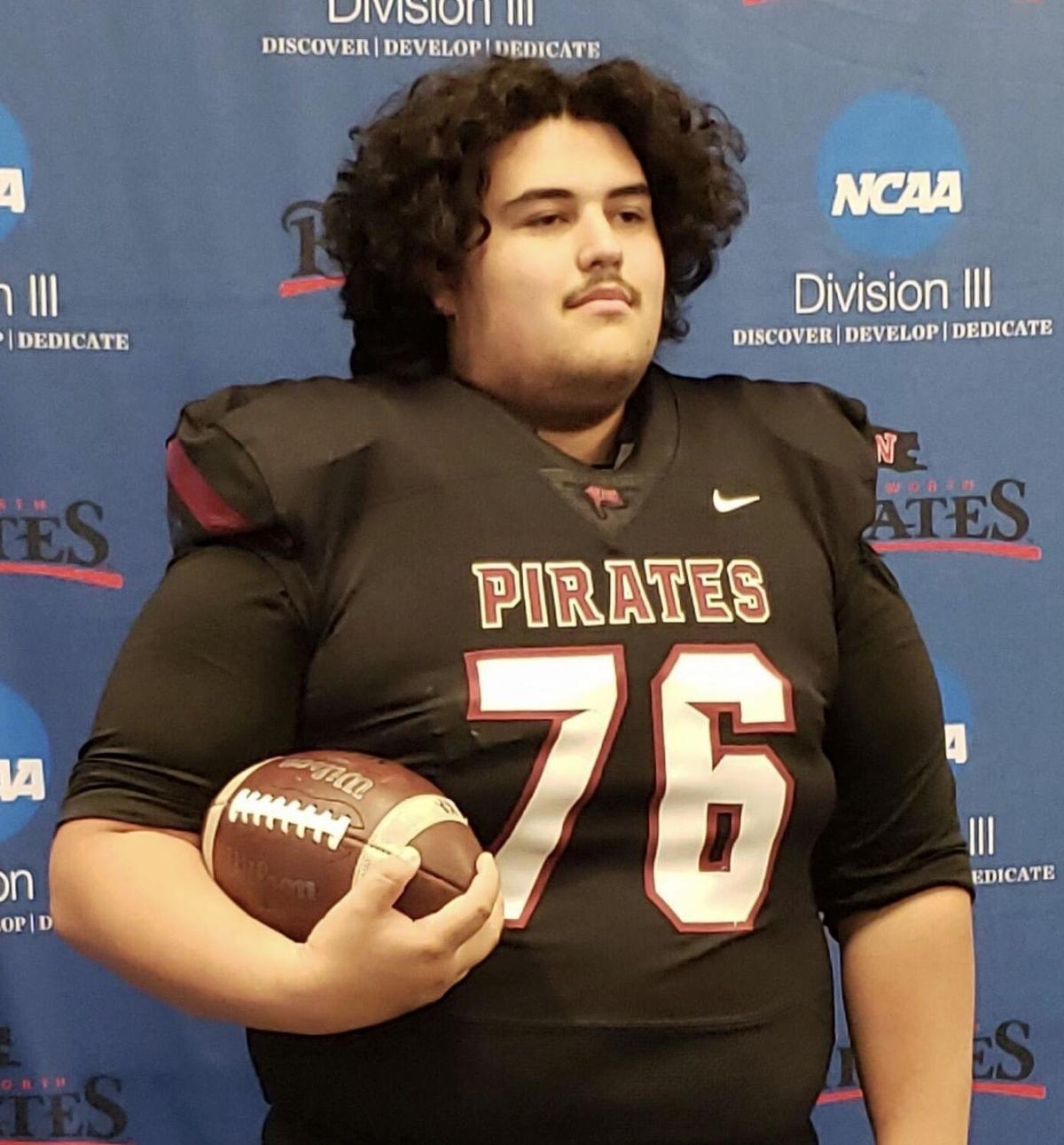 Triston Scott tries on a Whitworth uniform in his visit to the Spokane college. 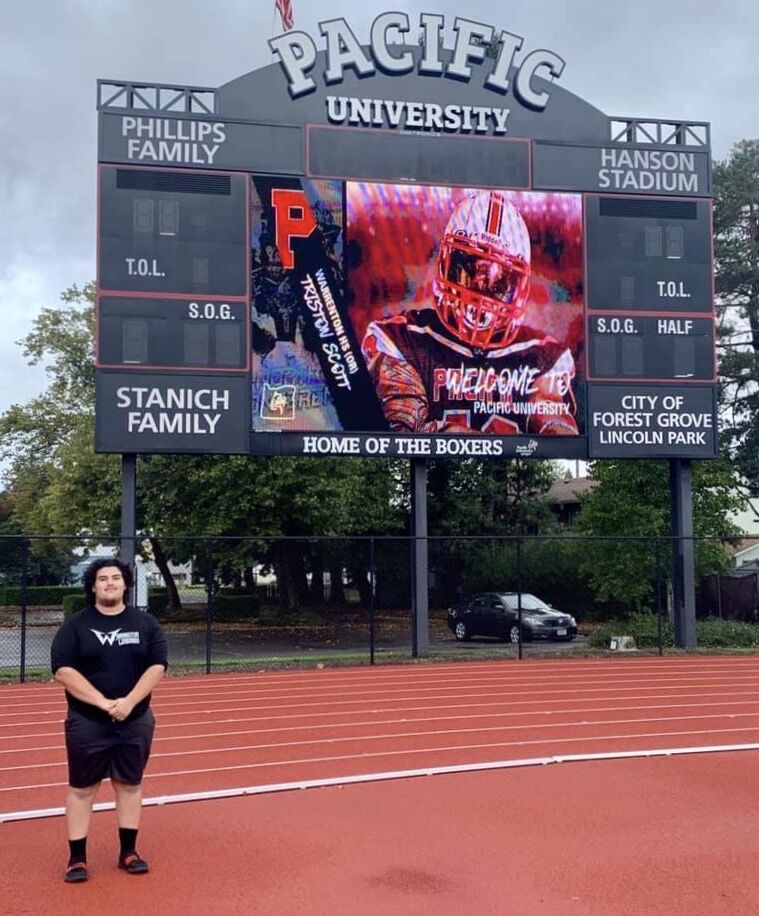 Jordan Poyer makes a tackle in a recent win over the Las Vegas Raiders.

Triston Scott tries on a Whitworth uniform in his visit to the Spokane college.

Jordan Poyer and the Buffalo Bills suffered their first loss of the season Tuesday night, as Tennessee won a battle of unbeaten teams with a 42-16 victory over the Bills.

Because of a coronavirus outbreak on the Titans, the game was postponed from Sunday, and was just the second time since 1946 that an NFL game was played on a Tuesday.

Poyer had a team-high seven tackles, and leads Buffalo in both solo tackles and overall tackles through five games.

Scott closing in on college choice

Before the 2020-21 high school sports season officially gets underway, one Warrenton Warrior is thinking about 2021-22 and beyond.

He has also made visits to George Fox, Lewis & Clark, the University of Redlands in California, and Whitworth (Spokane), with a few Zoom meetings and mini-workouts.

Listed at 6-foot-1, 295 pounds on his recruiting profile (up from 6-0, 250 on last year's roster), Scott currently has scholarship offers to play football at Pacific, the Redlands and Whitworth, and is leaning towards Pacific or Whitworth.