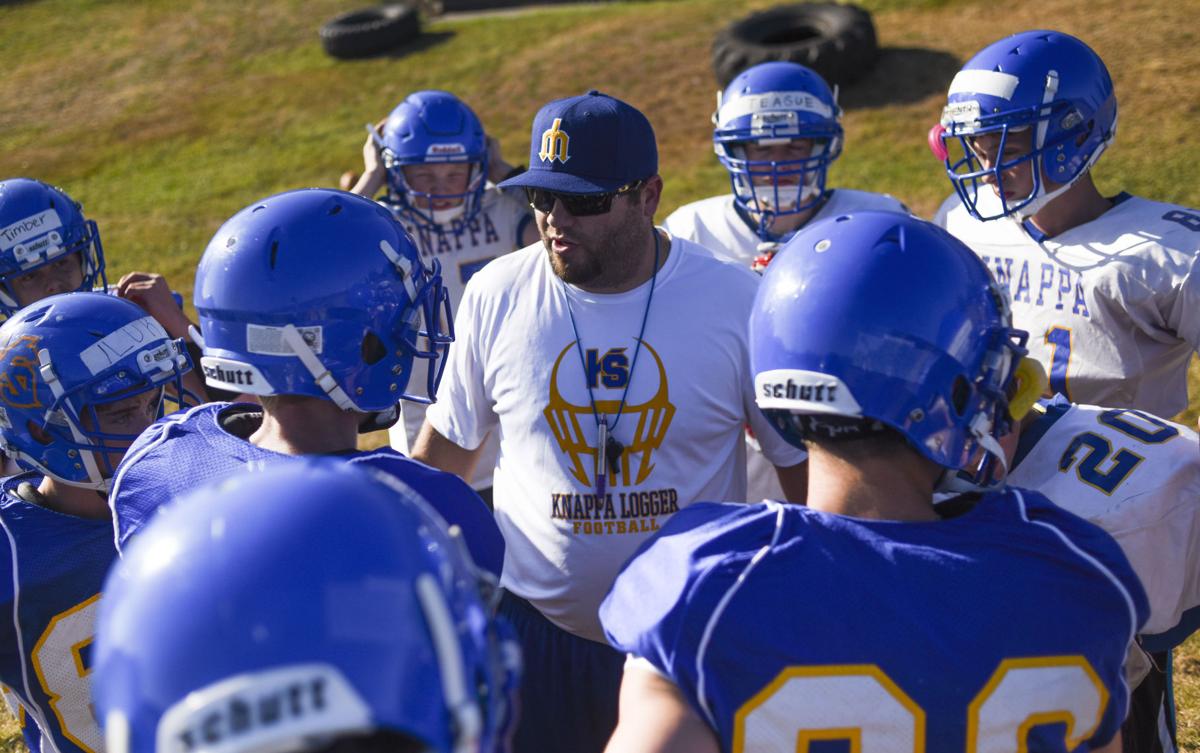 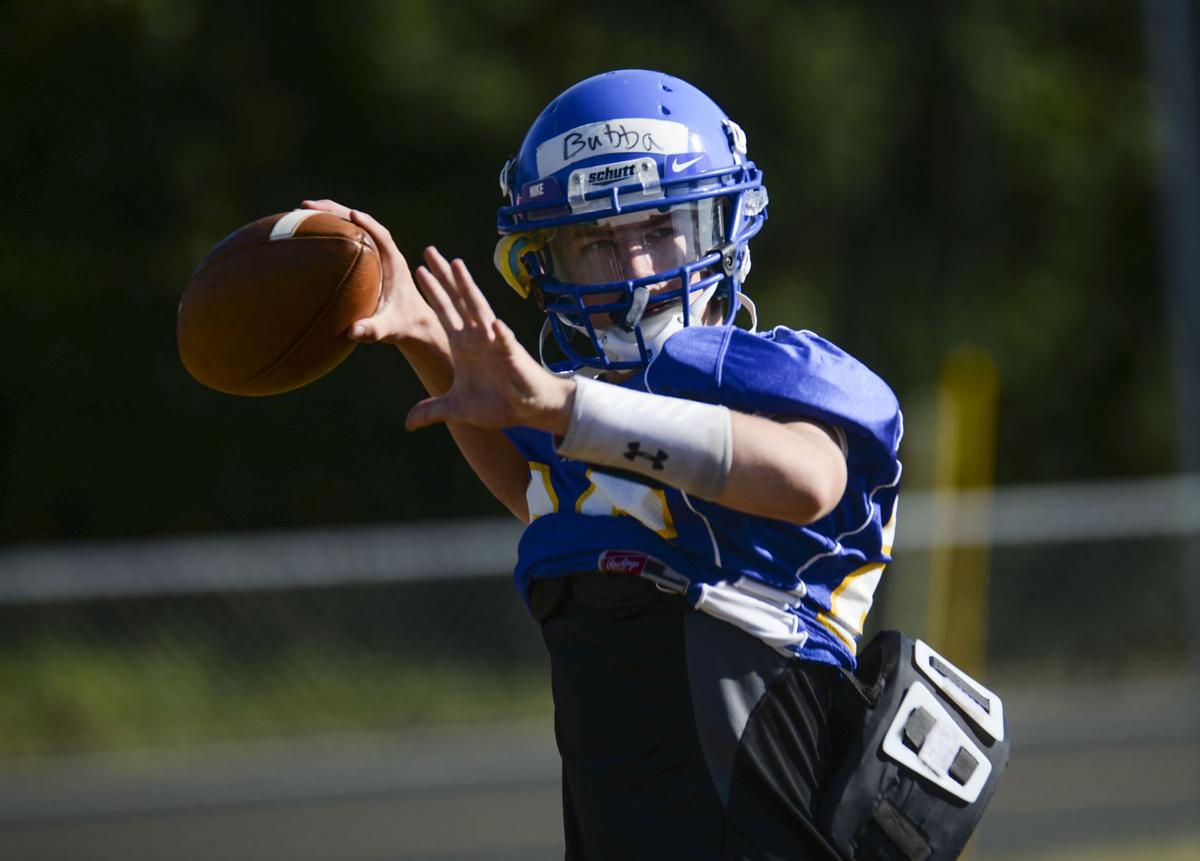 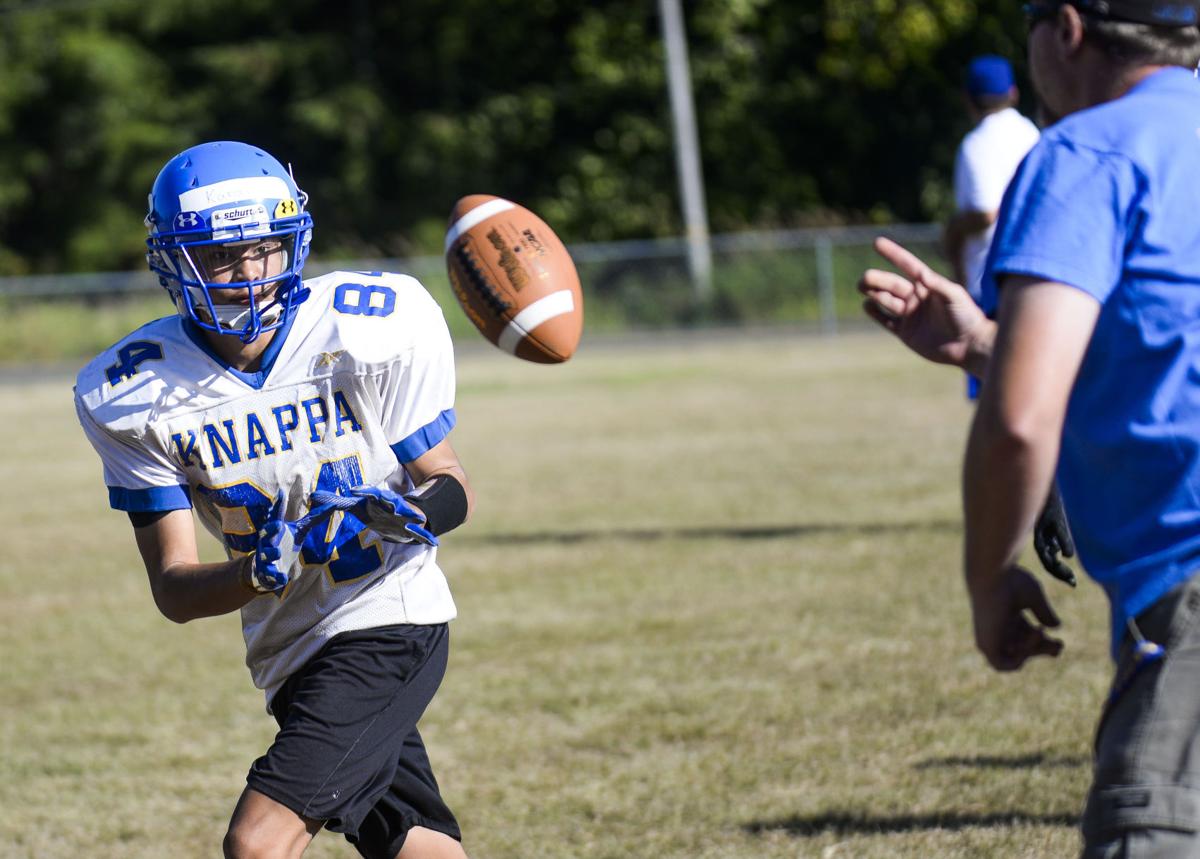 Freshman Kanai Phillip could be a factor for the Loggers in his first season at the high school level. 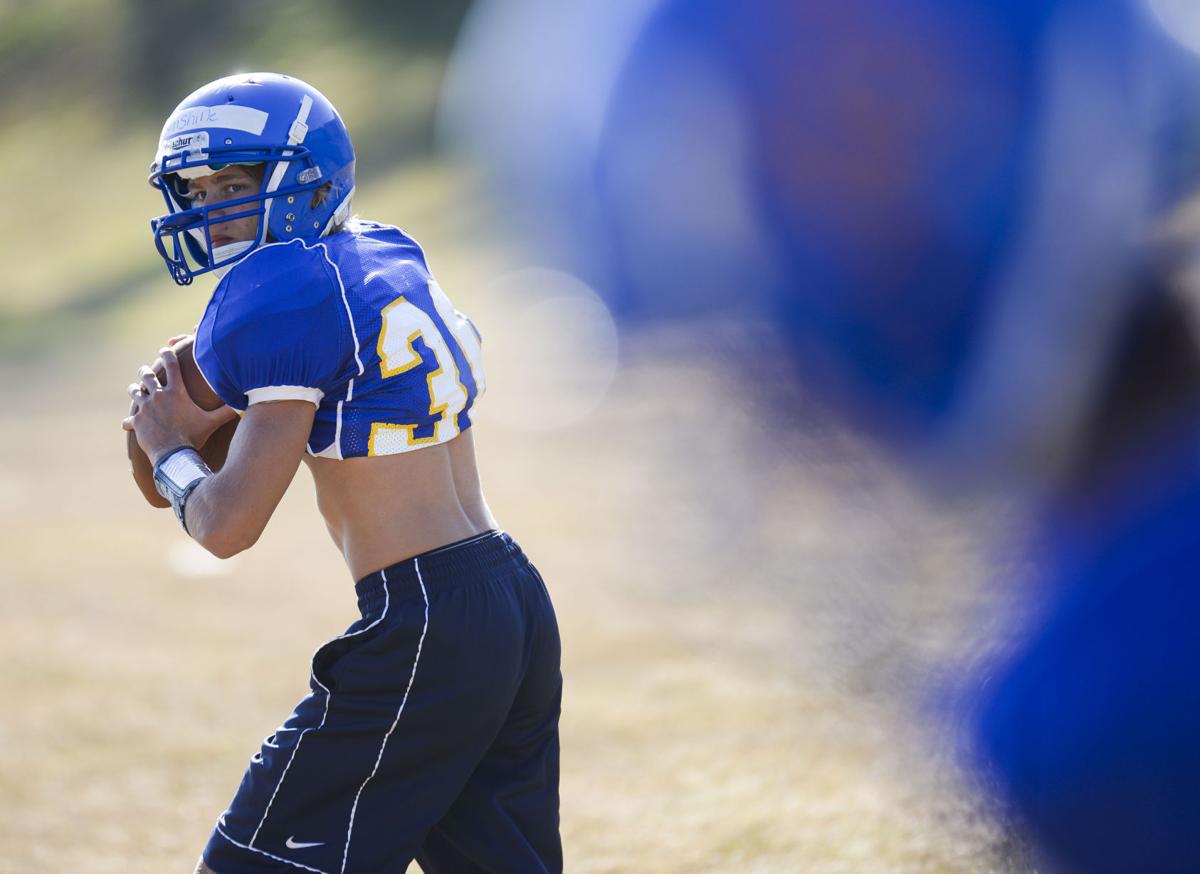 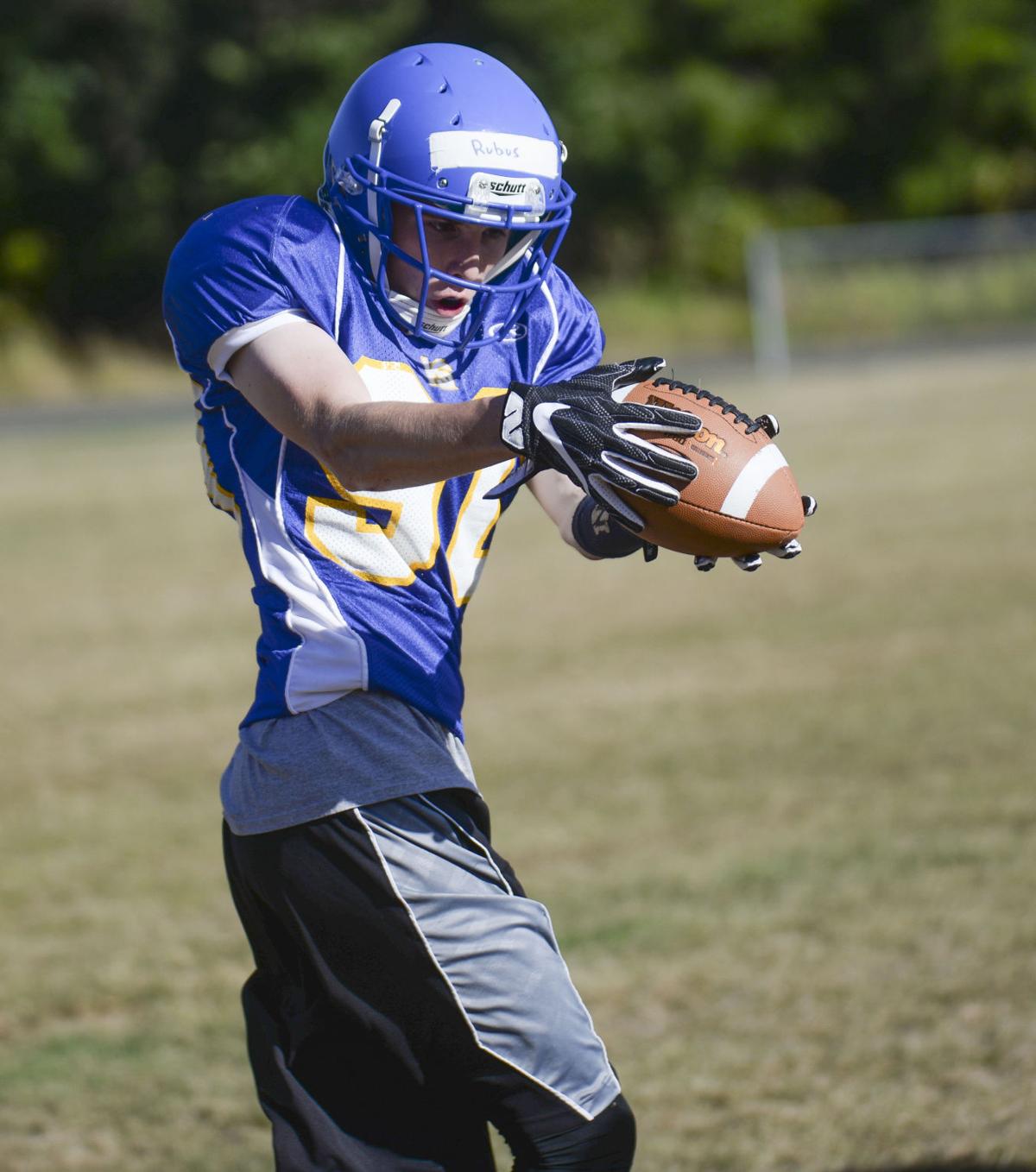 Senior Ethan Rubus latches on to a pass during a recent Knappa football practice. 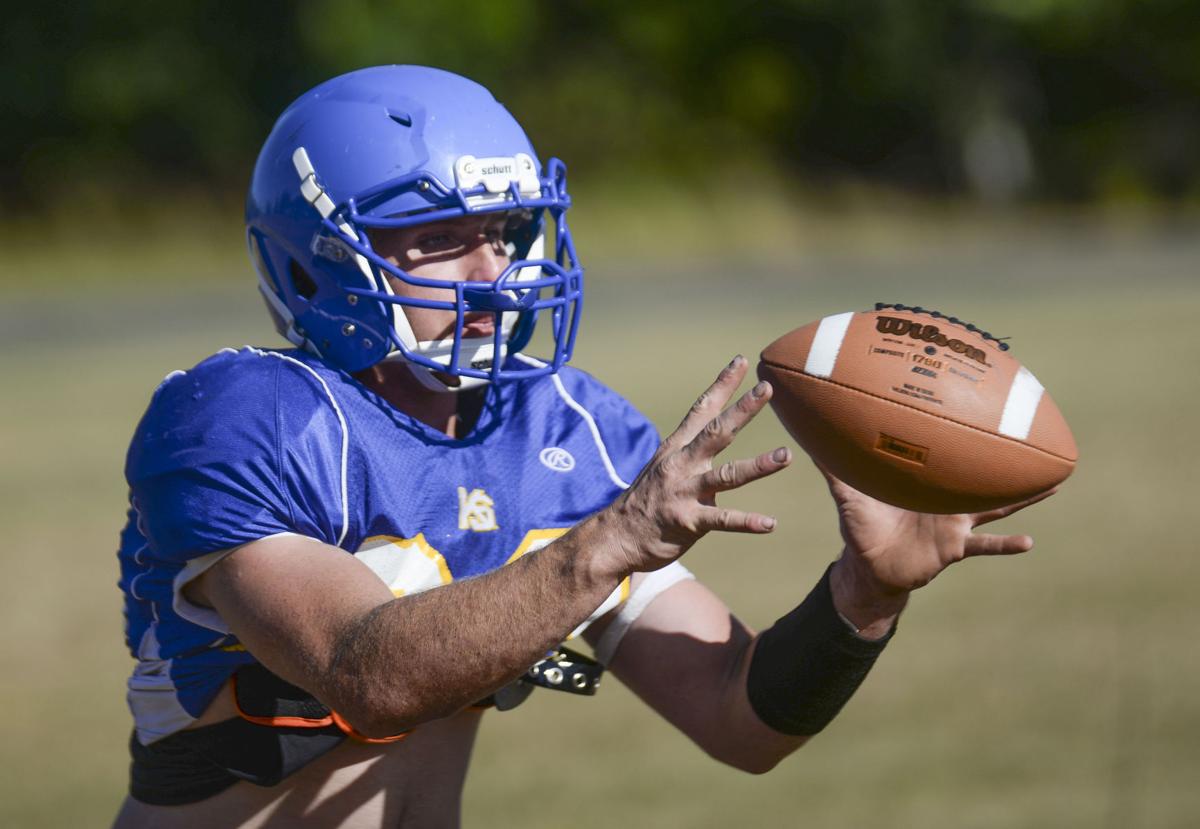 Andrew Goozee will see a lot of carries in his senior season with the Loggers. 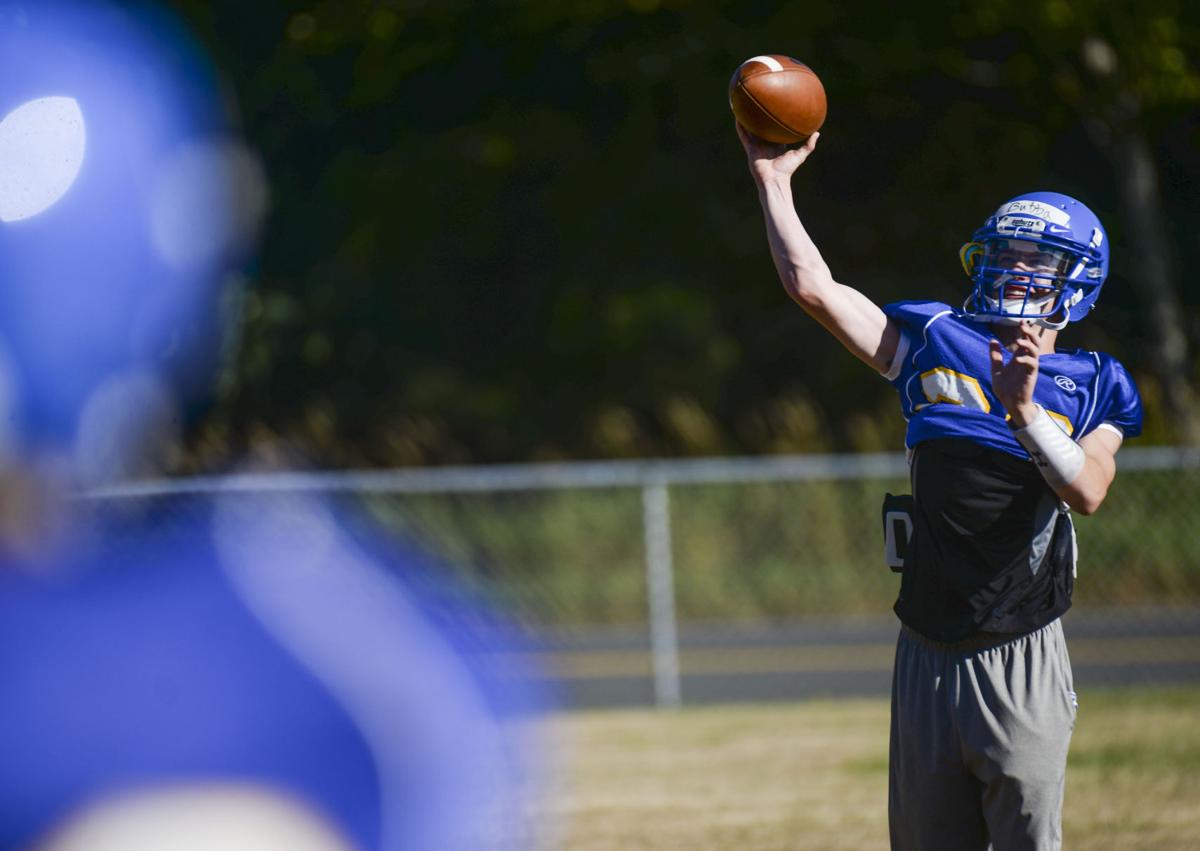 Knappa's Kaleb Miller makes a throw at a team practice. 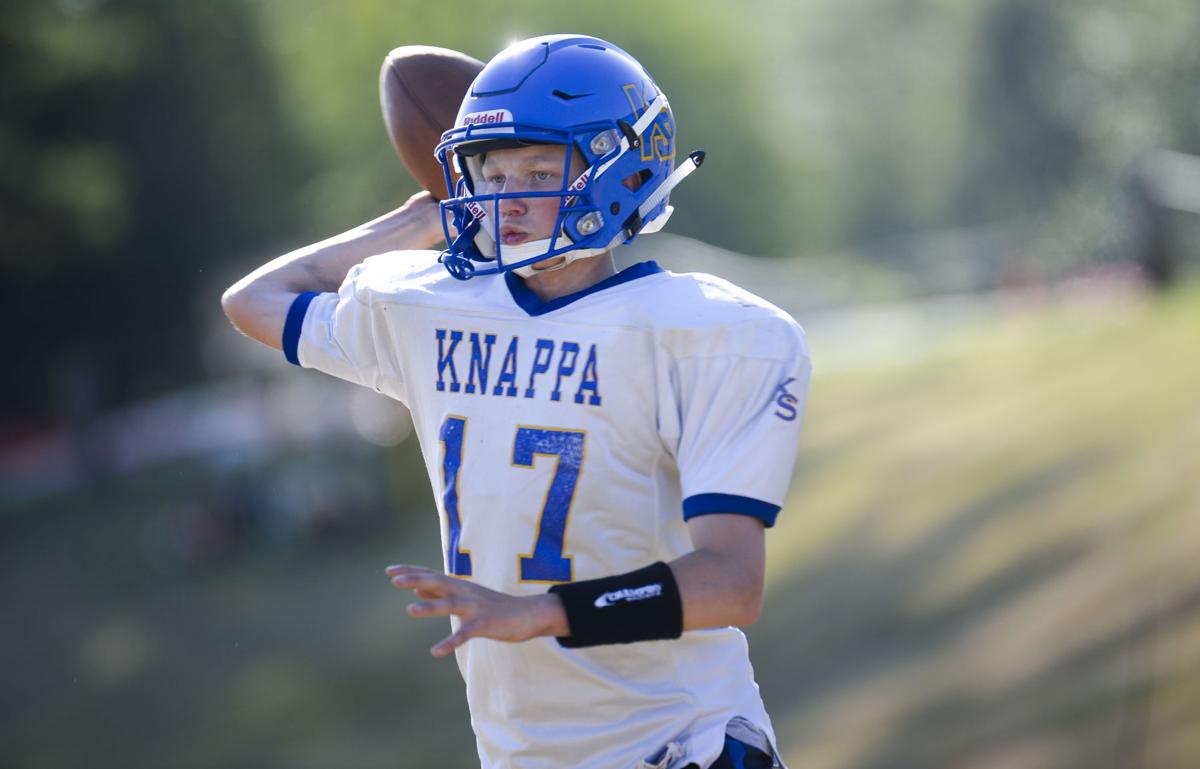 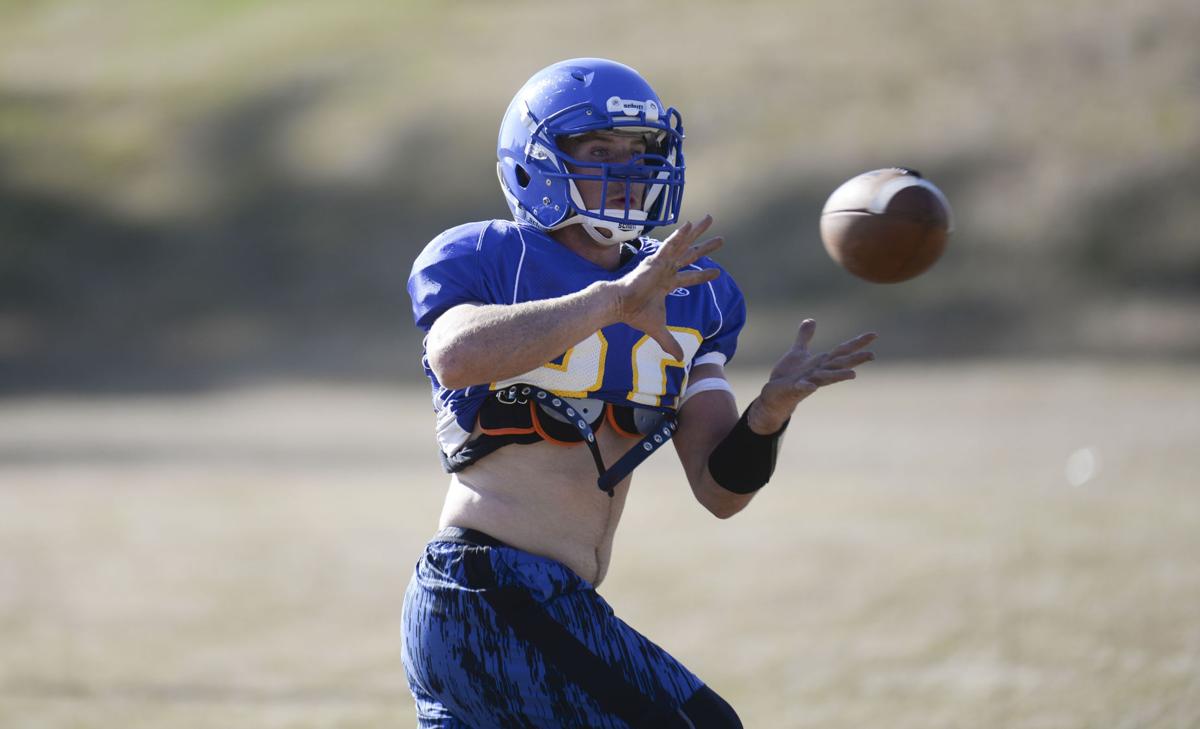 Andrew Goozee gathers in a pass during a recent Knappa practice. 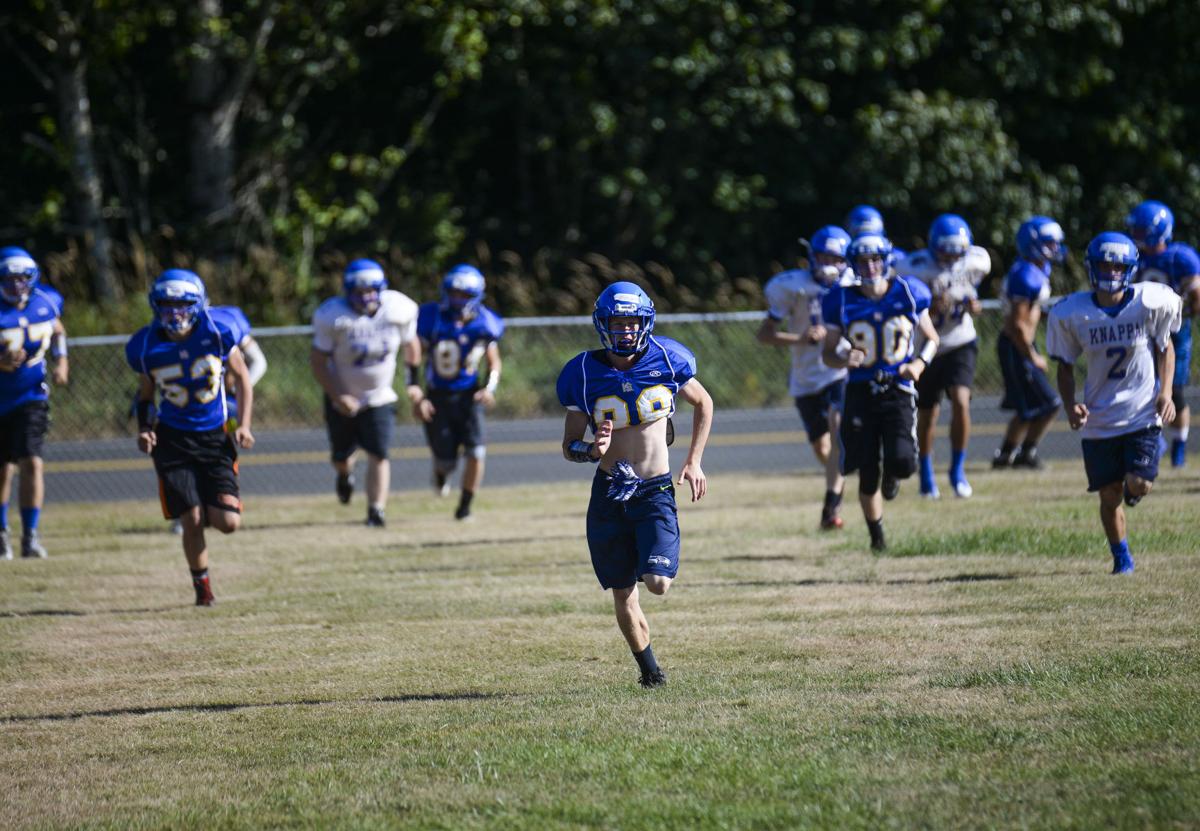 Freshman Kanai Phillip could be a factor for the Loggers in his first season at the high school level.

Senior Ethan Rubus latches on to a pass during a recent Knappa football practice.

Andrew Goozee will see a lot of carries in his senior season with the Loggers.

Knappa's Kaleb Miller makes a throw at a team practice.

Andrew Goozee gathers in a pass during a recent Knappa practice.

The prospects for the 2015 season looked promising for the Knappa Loggers.

They were coming off a 4-0 league season in 2014, in which they made the Class 2A semifinals and outscored the rest of the Northwest League, 197-6. And the Loggers had the league’s best offensive line, with two of the top skill-position athletes in Class 2A.

No one could have predicted that those two players would miss most of the 2015 season with injuries, which derailed the Logger Express before it even left the station.

Knappa finished 1-2 in league play, and missed the state playoffs for the first time since 2006.

The 2016 Knappa Loggers are healthy, loaded with skill-position players, and now they’re looking to take back their league.

“I’m excited to see these kids perform,” Knappa coach Aaron Barendse said of his team. “We took a lot of lumps last year. We’ve been real fortunate with skipping the injury bug, but last year was brutal.

“As long as we stay healthy, we’ll be fun to watch,” he said. “We have a ton of speed and a lot of athletes.”

Last year, Northwest League football fans saw just how much one or two players on one team can make a difference.

Vernonia added a couple transfers, scored over 56 points in six of its nine regular season games, and won the league title (then promptly gave up 56 points in a first round loss in the state playoffs).

Meanwhile, injuries to a few players at Neah-Kah-Nie forced the Pirates to completely cancel their 2015 season, as they forfeited their last four games.

Knappa was also affected, when starting quarterback Dale Takalo was not cleared to play because of a concussion, and running back Reuben Cruz missed all but the last game.

Unfortunately, neither will be a part of the 2016 Loggers (Cruz had a recent surgery and is out for the season), but that doesn’t mean the Loggers won’t compete. Knappa is actually in pretty good shape, compared to the rest of the NWL.

Neah-Kah-Nie, Nestucca and Vernonia all have new coaches as well. Which leaves a lot of question marks around the league.

“I’m curious to see what offenses and defenses they will run,” Barendse said. “Gaston has a lot of big boys back, so they’ll be physical. But there’s a lot of question marks going into the season, as far as who we’re playing and what the heck they’re running.”

Nestucca lost a boatload of all-league seniors, including second-team quarterback Brett Elder; and it’s been over 12 years since Neah-Kah-Nie has been able to win more than one league game in a season.

Knappa comes back strong with a tough, experienced line, and all kinds of talent at the skill positions.

“We have a lot of wide receivers and running backs,” Barendse said. “We’re not as deep on the line, but the kids we have are working hard, and I’m proud of ’em. I think we’ll surprise some people.”

Among others, Knappa has all-leaguers Jacob Ford and Reece Hunt up front, along with David Patterson and Cody Stuhr. All four are juniors.

Running behind the Fearsome Foursome will be one of the best running backs at the 2A level, senior Andrew Goozee.

“Goozee will be a handful for teams,” Barendse said. “He’s an all-league running back, all-state linebacker. I think he will be one of the best running backs in the state.”

Barendse has a couple options at quarterback, with juniors Mason Hoover and Kaleb Miller, a former Pleasant Hill Billie.

Miller has moved with his family to Knappa, where his dad, Kirk Miller, has joined Barendse’s coaching staff after previous coaching stops in Harrisburg, Regis and Pleasant Hill.

“Mason Hoover is doing a heck of a job,” Barendse said. “He bailed us out last year, and has a great attitude and work ethic. Kaleb is also a talented quarterback.”

On the receiving end of their passes will be seniors Mitch Geisler and Ethan Rubus (missed most of last year with a knee injury), and sophomore Tyler Green.

Adding talent on both sides of the ball will be senior Andrew Alder, junior Braedon Eltagonde, sophomores Timber Engblom and Luke Goozee, and freshman Kanai Phillip.

Cruz will have to wait until his senior year to play football.

“I feel horrible for (Cruz), after missing last year except for the final game,” Barendse said. “He had a great camp at Western Oregon, and he’s probably the best all-around athlete in our league. A phenomenal talent. I hope he has a healthy recovery so he can play the other sports he loves.”

Also on the coaching staff are John Benthin, Chris Geisler and Chad Harrington.