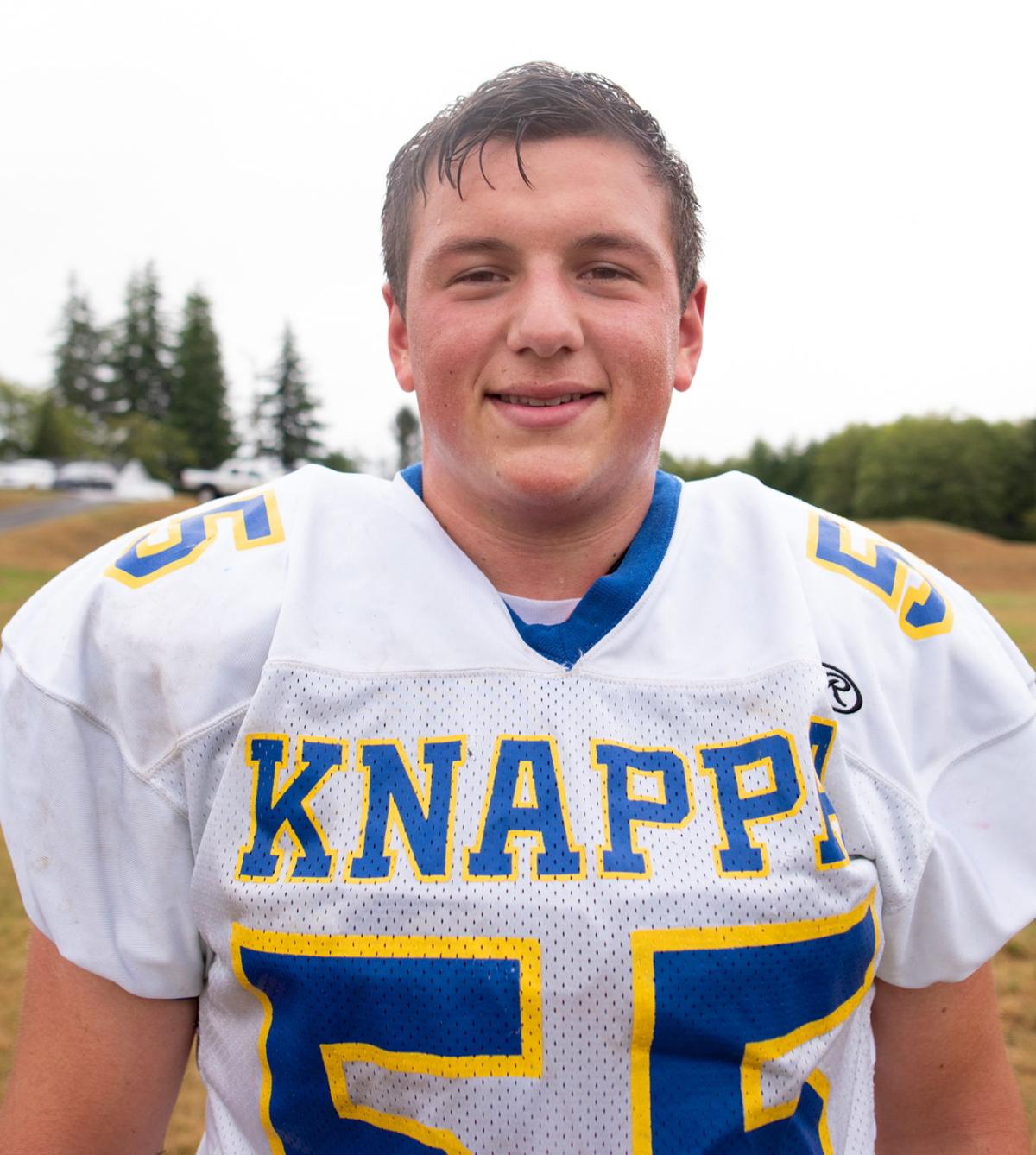 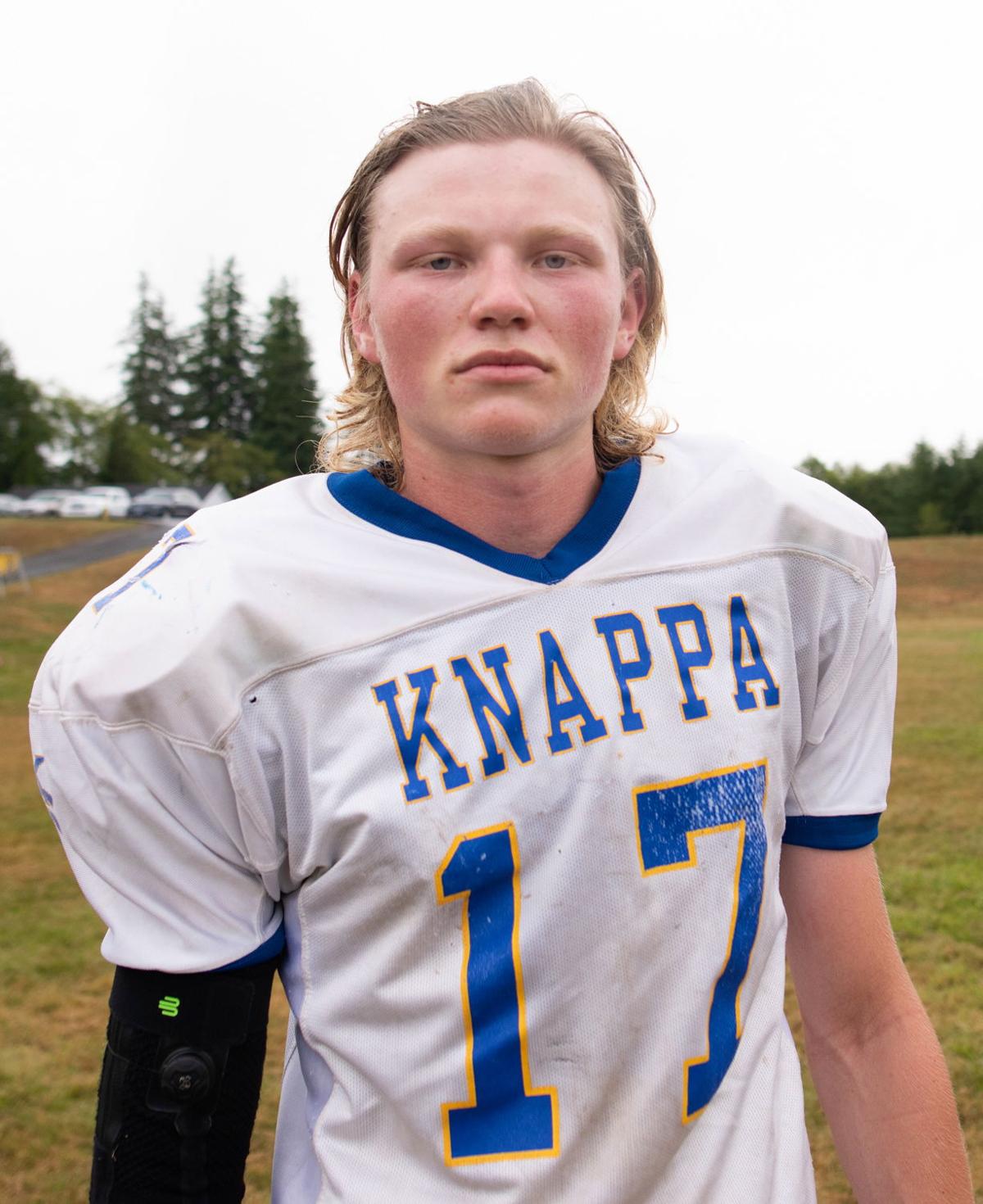 The Oregon Chapter of the National Football Foundation has named its top scholar-athletes from the 2019 season, and the list includes a pair of Knappa Loggers.

The chapter announced a top 10 list of backs and linemen, covering all schools from the 2A to 4A levels.

Goodman was among the top 10 linemen, while Takalo was on the list of top 10 backs.

“I could not be more proud of Jaxson and Eli,” said Aaron Barendse, who stepped down as the Knappa coach following the 2019 season. “These two young men are textbook examples of student athletes. They work hard at their craft and lead by example.

“Their leadership for our program and in the classroom at Knappa High School has been exceptional. Both young men are beyond deserving of this recognition.”

This week, the foundation will announce four scholarship winners of $1,000 each for their selection as the best in their top 10.

On Friday, the overall top football scholar-athlete for Oregon in 2019 will be selected. That player will have their name submitted by the chapter for recognition at the National Football Foundation and College Football Hall of Fame in Atlanta.

They will be come part of the foundation’s “Team of Distinction,” and their name and picture will be on permanent video display as Oregon’s selection for 2019.