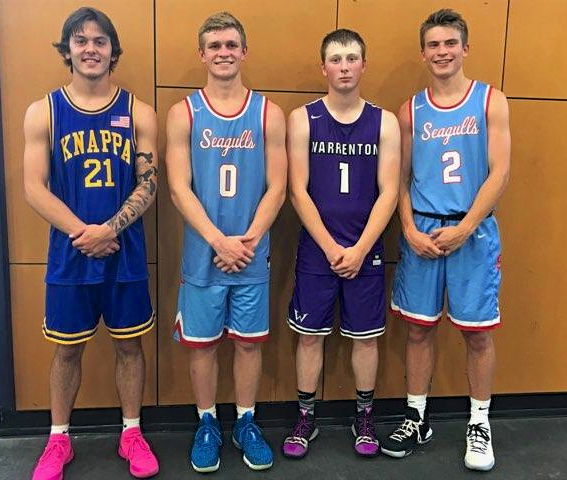 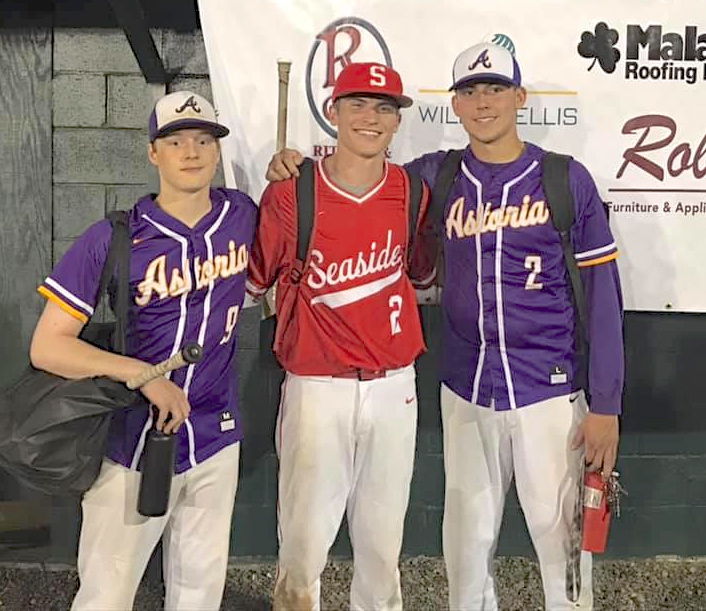 The all-star games showcase the state’s best senior players (all levels) for the 2018-19 season.

And the locals finished in style, as champions.

Seaside players Chase Januik and Payton Westerholm, along with Dalton Knight of Warrenton and Knappa’s Timber Engblom, helped the North all-stars win two games and a championship for players from the 4A, 3A and 2A levels.

The North was coached by Seaside’s Bill Westerholm.

In the first game, Friday night at Morse Events Center in Eugene, Knight made five 3-pointers and scored a team-high 19 points in a 102-86 win over the South all-stars.

Engblom added 13 points, Januik scored 12 and Westerholm tacked on five points in the win. Ethan Manning of Philomath led the South with 19 points and seven rebounds.

Facing the East all-stars in Saturday’s championship game at Wilsonville High School, the North defeated the East 114-95 to win the series championship.

Later in the day, Payton Westerholm took part in Game 1 of the 4A baseball all-star series in Aurora, along with Astoria’s Burke Matthews and Will Reed.

Westerholm had a base hit in the bottom of the eighth inning to break a 2-2 tie, and Matthews followed with another run-scoring hit to give their team a 5-2 win.