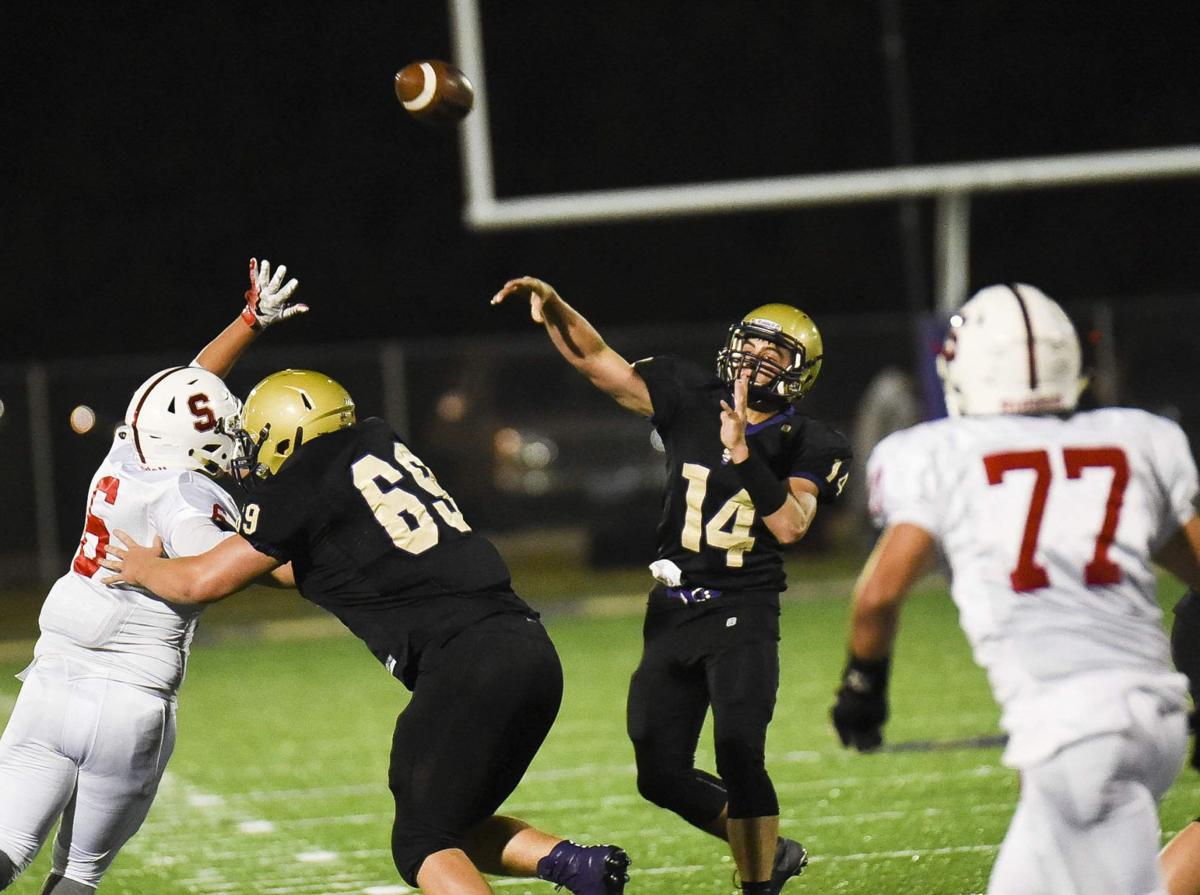 Keldon Littell, No. 69, may be blocking one more time for his quarterback, Fridtjof Fremstad, No. 14, as the two players will compete for the West team in the August Shrine Game. 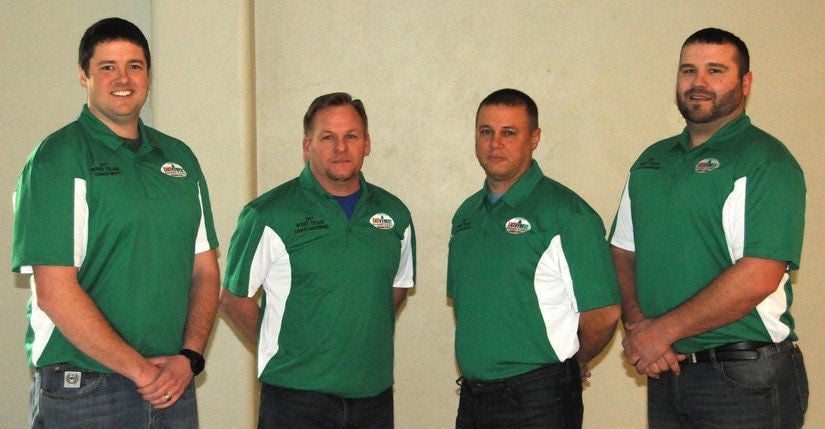 Keldon Littell, No. 69, may be blocking one more time for his quarterback, Fridtjof Fremstad, No. 14, as the two players will compete for the West team in the August Shrine Game.

The rosters and coaching staffs are set for the 65th annual East-West Shrine All-Star Football game, scheduled for Aug. 5 in Baker City.

Clatsop County will have a few representatives on the playing field and a coach on the sidelines, when the All-Stars meet for the annual contest, which benefits Portland Shriners Hospital for Children.

The late summer game will showcase the top senior players (1A to 4A) in the state from the 2016 season.

Astoria seniors Fridtjof Fremstad and Keldon Littell will join Knappa’s Andrew Goozee as the player representatives from Clatsop County, while Knappa coach Aaron Barendse is one of four coaches on the West team’s coaching staff, along with Jim Lockwood, Jeremy McLoud and Andy Mott.

The game will be aired on Root Sports Network, time to be announced.