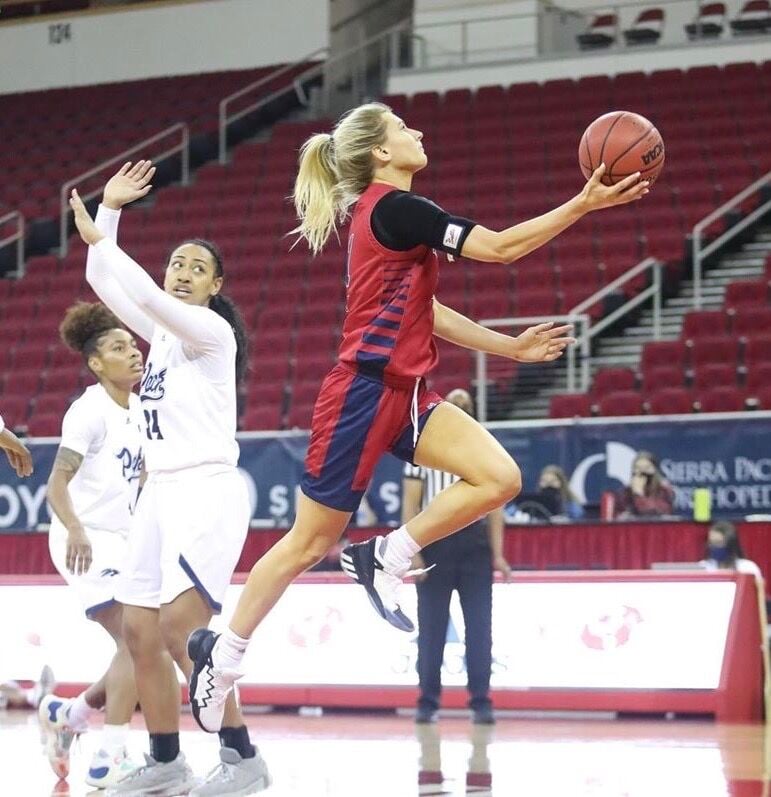 For her performance in two wins over Utah State last week, Seaside’s Maddi Utti earned the Mountain West Player of the Week honors for the fourth time in her career at Fresno State. 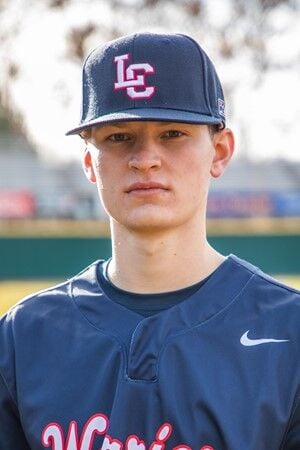 For her performance in two wins over Utah State last week, Seaside’s Maddi Utti earned the Mountain West Player of the Week honors for the fourth time in her career at Fresno State.

The Fresno State women’s basketball team had a good week, and so did senior forward Maddi Utti.

For the fourth time in her career, Utti was named the Mountain West women’s basketball Player of the Week, the conference announced Monday.

Despite dealing with shoulder problems this season, the former Seaside Seagull is having another outstanding season, and last week averaged 16.0 points, 6.5 rebounds and six assists per game, as the Bulldogs won three in a row to improve to 11-6 overall.

The defending Mountain West Player of the Year, Utti set the pace for the Bulldogs, who had 51 assists in the two-game series. She was one assist shy of tying her career high in the first game with five, then set a new career high in Game 2 with seven, also the most by any post player in the conference in a single game this season.

In the second game, Utti scored or assisted on 15 of the team’s first 20 points, as the Bulldogs jumped out to a 20-8 lead. Fresno State went on to record its third 90-point game in a row, becoming the first team in program history to post three straight games of 90 points or more.

The very same day she was named conference Player of the Week, Utti was selected as one of 30 women’s basketball players across the country named as a candidate for the 2020-21 senior CLASS Award (Celebrating Loyalty and Achievement for Staying in School).

The award recognizes student-athletes who excel both on and off the court. To be eligible, the player must be classified as an NCAA Division I senior and have notable achievements in four areas of excellence: community, classroom, character and competition. It encourages student-athletes to use their platform in athletics to make a positive impact as leaders in their communities.

Candidates will be narrowed to two fields of 10 finalists later this month, and those names will be placed on the official ballot, which will be distributed nationwide to media, coaches and fans, who will then select one male and one female candidate.

Winners will be announced during the 2021 NCAA men’s and women’s Final Four games this spring.

Knappa’s Dale Takalo, now a sophomore pitcher at Lewis-Clark State College in Lewiston, Idaho, played in his first game of the spring season on Monday, pitching two innings in an 11-4 win over Arizona Christian. The game was played at Canyon View High School in Waddell, Arizona.

Lewis-Clark improved to 4-1 on the season, while Takalo faced seven batters and threw 36 pitches, allowing one run on one hit, one walk and one hit batter, with two strikeouts.

The Warriors will play two more games with Arizona Christian on their four-game road trip in Arizona before returning home to play Oregon Institute of Technology on Feb. 27.

Takalo played the previous two years at Blue Mountain Community College in Pendleton where he finished with a 3.78 earned run average and finished ninth among conference pitchers in strikeouts, with 10.8 strikeouts per nine innings. He was voted as Blue Mountain’s top male student-athlete for 2020.