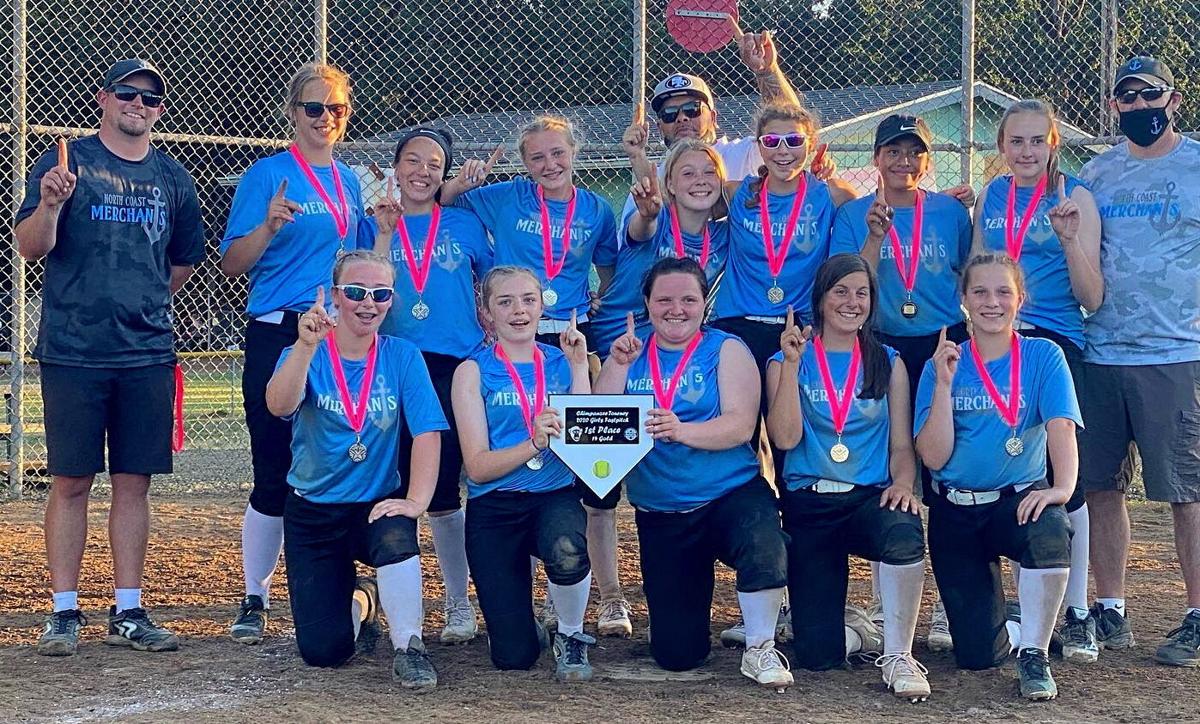 The North Coast Merchants’ 14U ‘O’Brien’ team, which won the Chimpanzee tournament in Dallas last weekend. 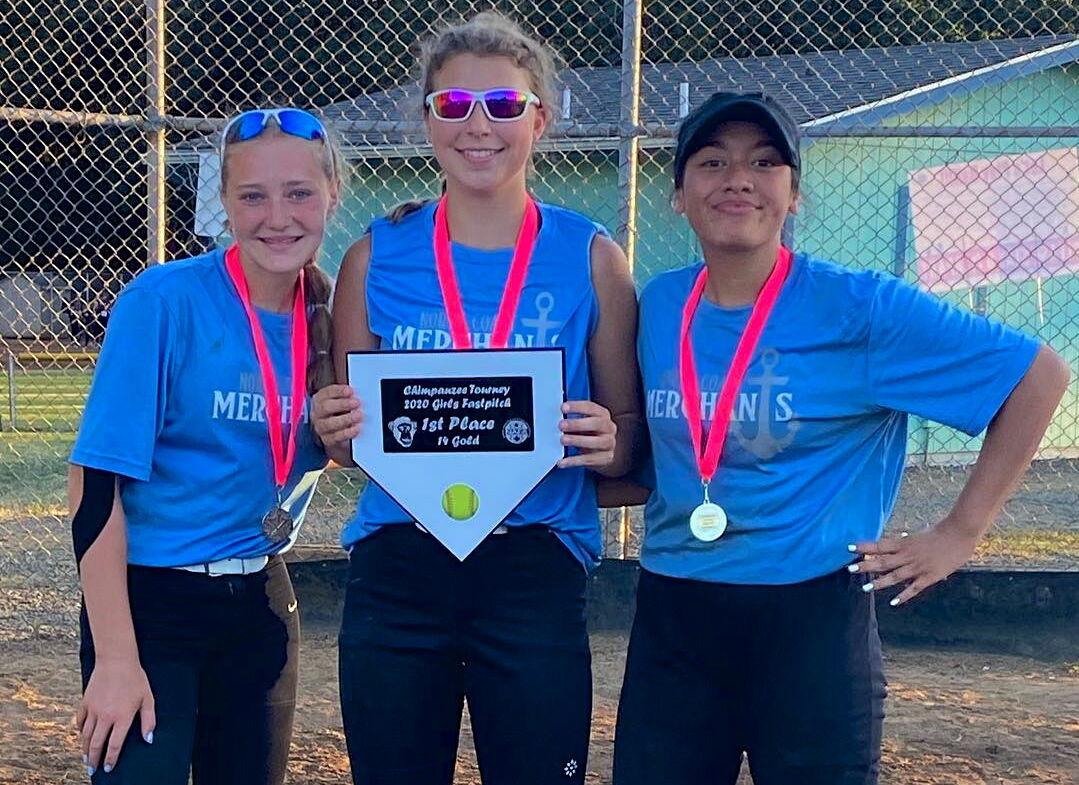 The North Coast Merchants’ 14U ‘O’Brien’ team, which won the Chimpanzee tournament in Dallas last weekend.

Wilkin struck out four and gave up a walk, and helped her cause by leading the O’Brien’s offense with three hits, including a double, triple, three runs scored and four runs batted in.

Teammate Taeja Tuimato also had a double and a triple, walked twice, scored four runs and drove in two. Taylor Pass was 2-for-2 at the plate, was hit by pitch twice and scored two runs.

The O’Brien team trailed 3-1 after one inning, before scoring six runs in the top of the second. They tacked on three in the fourth and three in the fifth, and finished with 10 hits.

The O’Briens began the tournament July 18 with a 12-2 win over the Oregon Cyclones, in which North Coast built a 9-0 lead after two innings.

Wilkin and Pass shut down the Cyclones from the circle, allowing just one hit over four innings, with seven strikeouts and no walks.

London O’Brien and Wilkin were both 2-for-3 at the plate and scored twice, and Jaime Annat had two RBIs and two runs scored.

It was another blowout victory in the second game on July 18, with the Merchants defeating the Newberg Impact, 13-1, in a three-inning contest.

North Coast only had five hits, but took advantage of seven errors by the Impact.

Gabbie Martinez had two of the five hits, with three runs scored.

The closest game of the weekend for the champion North Coast team was a 9-2 win July 19 over the Sherwood Fireballs, in which Wilkin gave up just three hits with seven strikeouts and no walks.