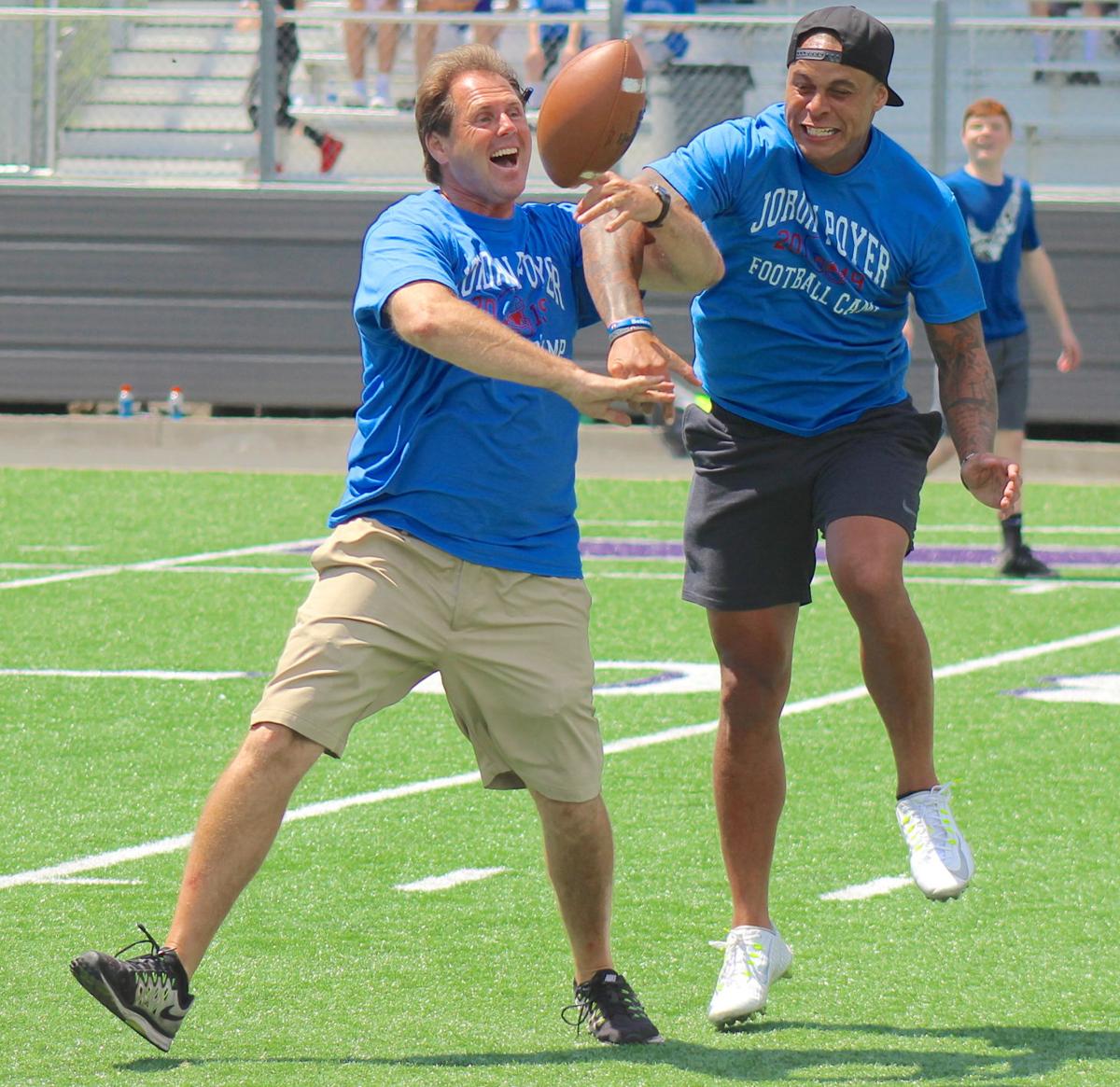 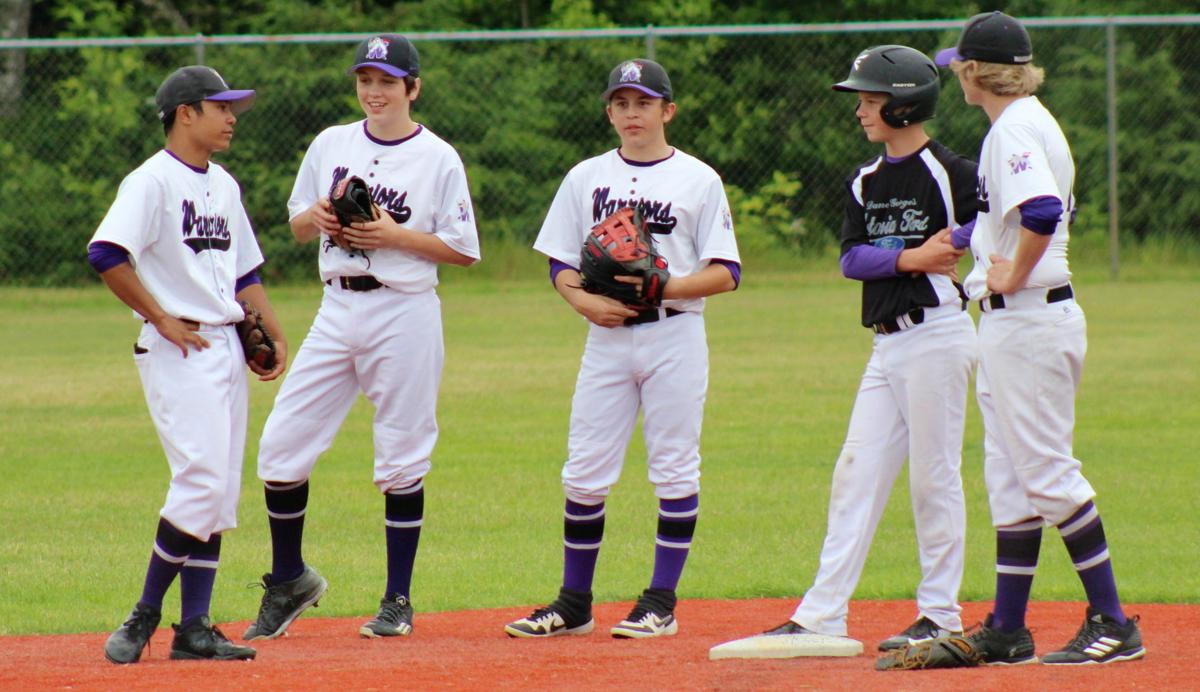 Warrenton and Astoria players visit during a break in the action at a summer baseball game in 2019.

Warrenton and Astoria players visit during a break in the action at a summer baseball game in 2019.

Sporting events are way down the list of priorities in the world right now. And they may look different if they return in the fall.

Athletes and fans can’t wait. But, as famed coach Lee Corso would say, “not so fast, my friends.”

After the cancellation of the spring season because of the coronavirus pandemic, summer events have also been postponed, canceled or are currently up in the air.

Gov. Kate Brown said Thursday that crowded gatherings at sporting events, concerts, theaters, festivals and conventions will not be permitted until there is effective prevention and a treatment available. Which means events could be restricted through at least September.

For returning high school students, the list includes summer youth baseball and softball leagues, off-season basketball camps and popular 7-on-7 football drills, in preparation for the fall season. Which also isn’t a sure thing.

It’s all on hold, say local coaches and athletic directors.

But, he said, there’s no need to panic about something that’s still four months away.

“If the OSAA follows what they’ve done, they won’t rush to make decisions,” he said. “I hope they take their time and not make a ruling in May about what we’re going to do in September.”

O’Brien is on a delegate assembly board for the OSAA, which met recently and discussed the near future, and how the coronavirus pandemic may change schedules next fall.

Currently, everything is still on as planned. Athletic directors are putting fall schedules together, and the regular coach-athlete moratoriums are still in place over the summer.

In other words, nothing has changed. Yet.

The OSAA has no control over summer leagues such as Oregon Junior baseball, American Legion baseball, 7-on-7 football (no pads) or basketball camps.

The high school spring sports season would have ended June 6, about the same time when off-season activities begin.

“We’ll have a summer plan in place, if restrictions are lifted,” said Astoria Athletic Director Howard Rub. “They (the OSAA) do have some regulation in the summer. It’s not as strict as in-season, but there is still some summer policies.”

Realistically, anything scheduled for June is a bit of a long shot to take place, since school facilities are also off limits.

That would include the first half of the summer baseball season, some 7-on-7 football, and the annual Jordan Poyer Football Camp.

“Right now, (the Poyer camp) is not likely,” said Rub, the Astoria football coach who helps organize Poyer’s annual camp at CMH Field. “His best time window is June, and it would be short notice for him at this point to try and do something. And it’s hard to say that it would be in his physical best interest to get on an airplane to fly out here. He still wants to do it if it’s possible.”

The NFL announced its 2020 schedule Thursday. For interested Poyer fans, Buffalo has games at Las Vegas Oct. 4, and at San Francisco Dec. 7.

If summer baseball and softball games are canceled, coaches may need a little extra time in preparing athletes for the fall sports season.

“There’s a good number of kids who are still staying active in some form or fashion,” said O’Brien, who coaches the Warrenton football team. “Is that 100 percent of your kids? Probably not. The more dedicated athletes are still out there trying to find a way to gain an edge.”

The first 7-on-7 football camp locally was scheduled for early June in Seaside.

“I’m assuming it’s still a go, until we’re told otherwise,” he said. “It’s probably not looking in our favor for early June.”

O’Brien also serves as a summer coach in the North Coast Merchants softball program, which is also on hold.

O’Brien and the Warriors are still lamenting what might have been this spring.

“There was a lot of excitement around spring sports with our senior kids,” he said. “They’re a great group, and I’m proud of all their accomplishments they accumulated over the last four years, across the board. They put in a ton of time, effort and energy in bettering themselves, their school and community. The rug kind of got ripped out from underneath their feet.”

Athletes and coaches will just “plan for the best, and hope the worst doesn’t come,” O’Brien said. “Our schedule for the fall is still business as usual.

“I’ve talked to lots of coaches and AD’s locally and throughout the state,” he said. “We all have our fingers crossed that we get a shot. I talked to (coach) Greg Grant at Heppner,” the defending 2A football state champions. “We’re supposed to play Heppner in Week 2. We’re staying optimistic, but you also have to have a contingency plan in place. Stay loose and adjust.”