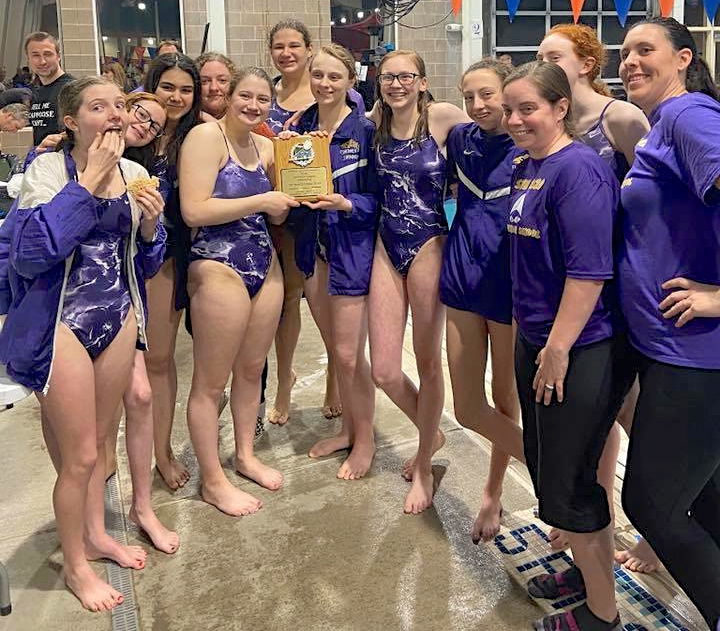 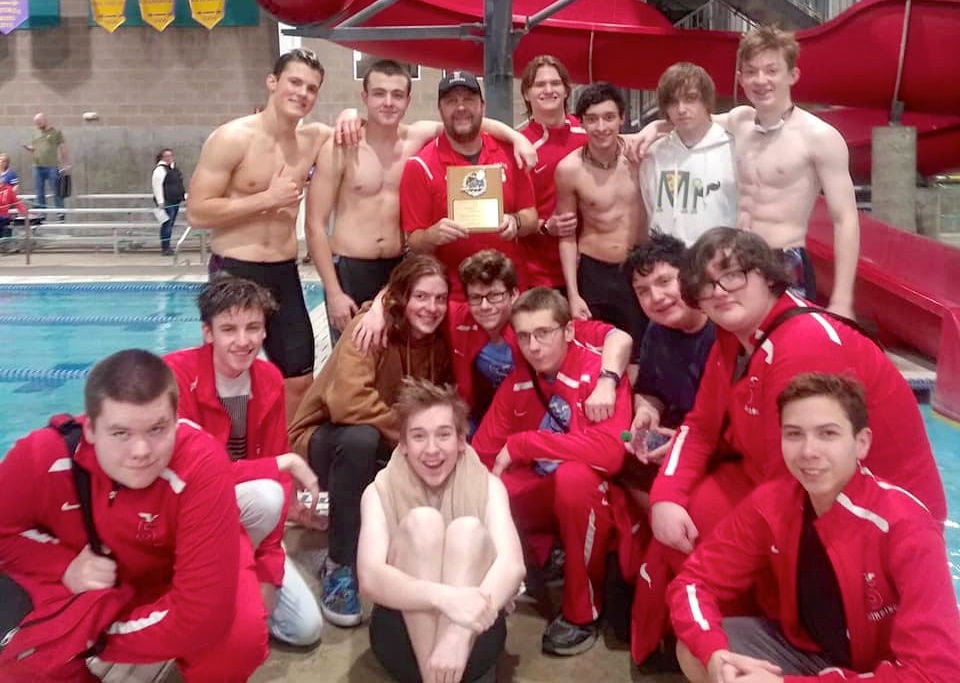 The first two Cowapa League championships of the 2019-20 sports season went to the North Coast schools, in the form of first place finishes for the Astoria girls and the Seaside boys swim teams.

The league meet was held Feb. 7 at the Astoria Aquatic Center. Swimmers from Rainier and Scappoose also took part, but their points did not figure in the Cowapa League standings.

While Astoria won the girls team championship with 222 points, the Seaside boys racked up 294 — just enough to get past Astoria’s 292 — to capture the first place trophy.

The boys’ team title was still on the line in the very last event of the day, the 400-yard freestyle relay.

Seaside ended up disqualified from the race, along with Tillamook. So the event came down to two teams — Astoria and Valley Catholic.

Luckily for the Gulls, the Valiants finished 14 seconds ahead of the Fishermen, who picked up 26 points for second place, instead of 32 had they won the event.

That left the Fishermen two points short of the Gulls in the final team standings.

Valley Catholic was a distant third with 179, followed by Tillamook (103).

The foursome of Westin Carter, Shawn Collins, Luke Verley and Henry Garvin (three juniors and a sophomore) edged Astoria at the wall, finishing in 1 minute, 44.71 seconds, to Astoria’s 1:44.84.

For more points, the Gulls had to rely on second place finishes for Garvin in the 50-yard freestyle; Masyn McCulloch in the 500-yard freestyle and Leif DeWinter in the 100-yard breaststroke; and third place showings from McCulloch (200 freestyle), Sean Olea (200 individual medley), Sam Heroux (100 butterfly) and Garvin (100 freestyle).

Fisherman junior Noah Kastengren followed with a victory in the 500 freestyle (5:58.08), with teammates Christian Womack third and Nikolai Boisvert fourth.

On the girls’ side, Astoria opened with a second place finish in the 200 medley relay, followed by a win for freshman Emelia Cameron in the 200 freestyle (2:20.04).

The Lady Fish began to rack up the team points when Grace Peeler, Constance Rouda, Tori Smith and Cameron won the 200 freestyle relay (1:56.09), then a 2-3-4 finish in the backstroke (Smith, Rouda and Brooke O’Connor).

Peeler took second in the breaststroke, and Astoria had enough points for the team championship.

The Seaside girls scored 207 points for third behind Astoria and Tillamook, with one win. Senior Kaisa Liljenwall teamed with sophomore Taryn Shay and juniors Emily Philbrook and Brooke Blankenhorn to finish first in the 400 freestyle relay in 4:32.15, just ahead of Valley Catholic’s 4:33.59.

Blankenhorn took second in both the 200 and 500 freestyle races, while Liljenwall, Blankenhorn, Sofia Shipley and Philbrook place second behind Astoria in the 200-yard freestyle.

Astoria and Seaside swimmers will compete this weekend in the district meet, Friday and Saturday at Newport. The district results will determine state qualifying.