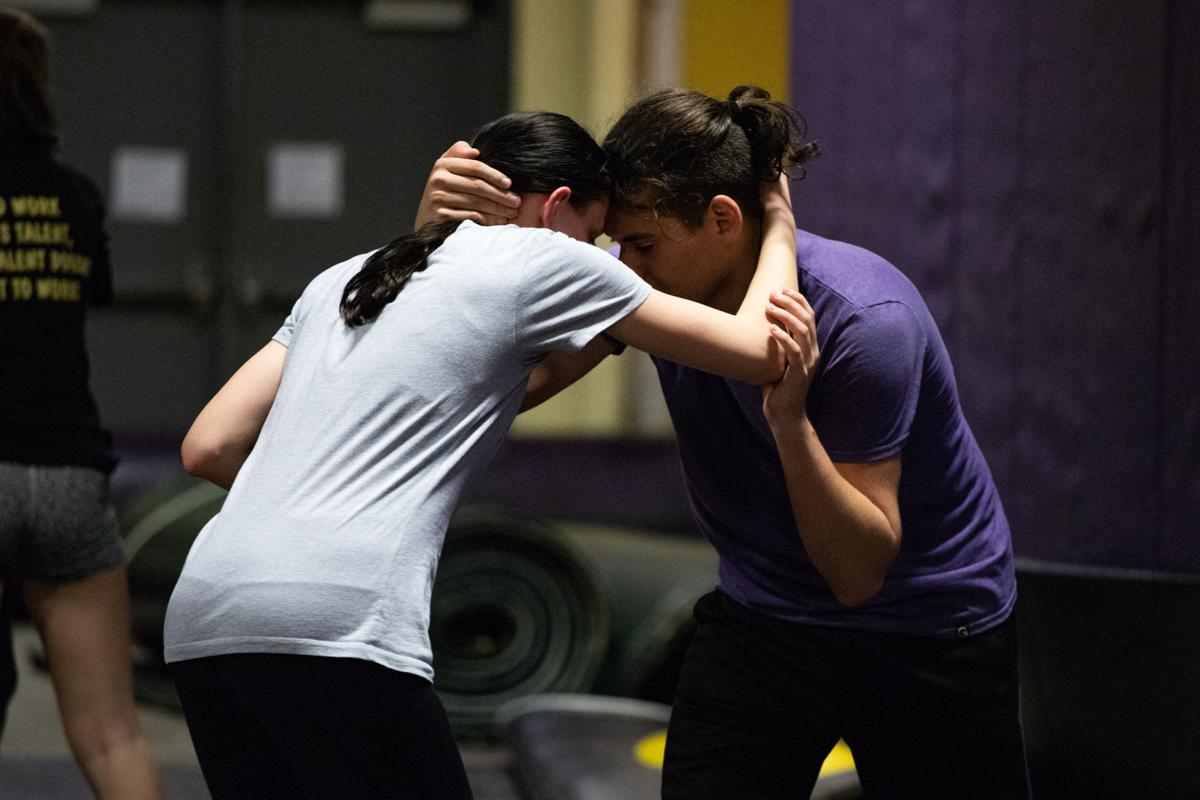 Two Astoria wrestlers lock arms while trying new techniques at the start of the season. 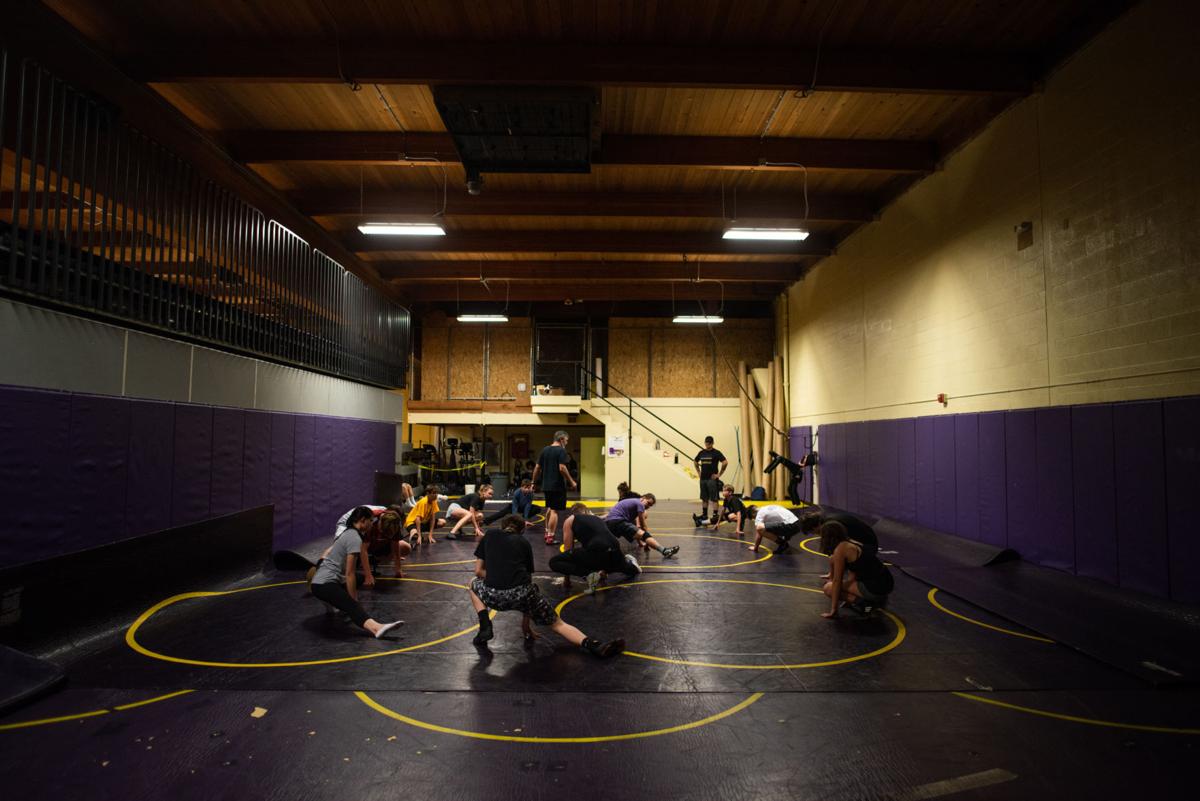 Two Astoria wrestlers lock arms while trying new techniques at the start of the season.

A longtime coach in Nevada, Walsh has big plans for the Astoria program.

In his first week of practice with the Fishermen, he said, “everyone is working hard and I am impressed with the attitude. We have a young team with 12 freshmen and sophomores. Our goals are to improve every week and to keep everyone excited about wrestling to build a competitive program.”

After one week of practice, “we have 19 wrestlers (15 boys, four girls),” Walsh said. “So far we have been working on skills to bring our new wrestlers up to speed and knock some of the rust off our returners.”

After scoring 18 points and taking third in the district meet, Smith won his first match in Portland (a 5-2 decision over Chris Woods of Hidden Valley), lost to Gabe Shuckie of La Grande, then went 1-1 in consolation.

Smith is back for his senior year, competing again at 285.

The Fishermen have plenty to work with at the lower weights, including freshmen Andrew Davidson and Mason Edward at 106; sophomores Joanna Catton and Emma King, along with freshman Gunnar Olson at 113; and sophomore Nevaeh Miehe and junior Raven Gasser at 120.

Astoria is somewhat covered in the upper weights, with senior Marcus Rasmussen at 182 pounds, freshman Glenn Lewis at 195, sophomore Wesley Ellison at 220 and Smith at 285.

League-wise, Tillamook was the undisputed champion of the Cowapa League and District 1/4A, as the Cheesemakers racked up 474 points in the district meet, well ahead of second-place Estacada (224.5).

Tillamook went to the state meet ranked No. 1, and backed up that ranking with a state championship, just another title in another sport for a team from the Cowapa League.