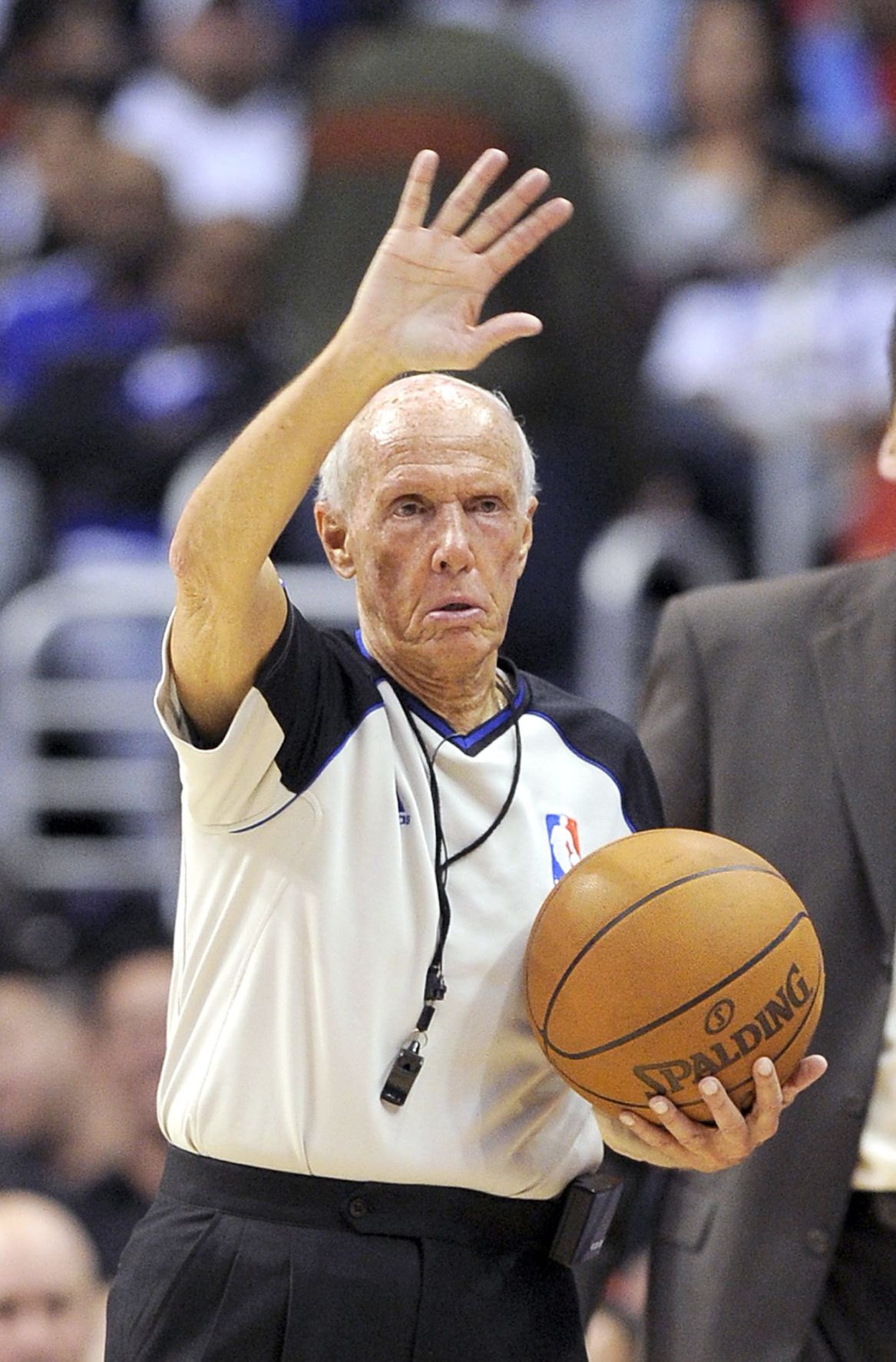 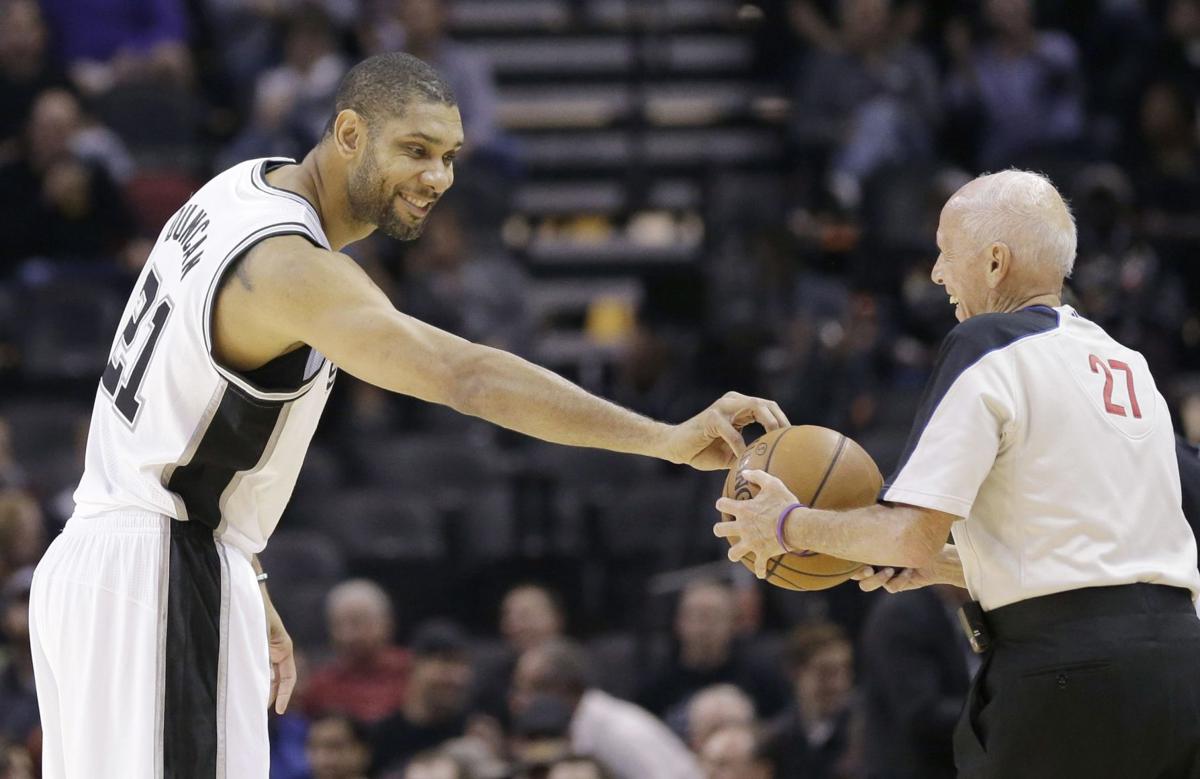 Fortunately for him, not everyone has that same sense of devotion.

The year was 1966, and Bavetta was in a stockbroker-league basketball game at the Downtown Athletic Club in New York. His team played in the first game on the schedule that night. The game ended, Bavetta grabbed a quick shower and returned to the court because his brother – a police detective – was one of the referees working the second game.

His brother’s partner never showed. So Bavetta grudgingly agreed to take his place.

And with that, what became a 48-year odyssey of blowing the whistle got underway.

“Otherwise,” Bavetta said, “I probably would be a burned-out stockbroker right now.”

Turns out, that night marked the most ironic of beginnings. After 39 years in the NBA and without a single missed assignment – a source of immense pride for one of the game’s most recognizable referees – Bavetta has made his last call. He has officially retired, a decision announced by the league last week and marking the end of a career that saw him work a record 2,635 consecutive games, including 270 playoff contests and 27 NBA Finals games.

The rigors of travel especially this past winter, holidays spent separated from family, nights away from his wife Paulette and their 460-acre ranch in Ocala, Florida, it all took a toll on the 74-year-old Bavetta.

“I’m healthy,” Bavetta said in a telephone interview with The Associated Press. “I feel at peace with making the decision. I’ve been very blessed and fortunate to be part of the NBA family for 39 years. They’ve provided a great livelihood for me and my family. And moving forward, it will always be part of my DNA. For so long, ‘I’m Dick Bavetta, an NBA referee’ has just come out. Now it’s time for ‘I’m Dick Bavetta, former NBA referee.”’

From that hesitant beginning working alongside his brother, Bavetta got to see the world with his whistle.

It took nine years of trying before he got into the NBA, making his debut Dec. 2, 1975, only a couple miles from where his career inauspiciously began. Bavetta’s first NBA gig was a Knicks-Celtics game at Madison Square Garden; Dave Cowens scored 25, three other Boston players scored at least 20, and the Celtics prevailed 103-100.

Over the years that followed, Bavetta would work three All-Star Games – not including the one where he would famously race Charles Barkley, a sprint that left both tumbling to the court at the end. He was tabbed for the 1992 Olympics in Spain, plus games in France, Mexico and Japan.

“Dick’s dedication and commitment to his craft has been an inspiration to all NBA officials,” Rod Thorn, the NBA’s President of Basketball Operations, said in a statement released by the league last week. “We are grateful for his contributions to our league, and we wish him the best as he enjoys his well-earned retirement.”

Charity is important to Bavetta, who has personally funded scholarships to parochial schools to minority children for years. He’s also been directly involved with the Double H-Hole in the Woods Ranch in upstate New York; that camp has given critically ill children and their families a respite since 1992.

“I’ve always enjoyed being able to give back,” Bavetta said.

He and his wife have already checked out the local community theater schedule for the coming season. There’s a couple grandchildren that he wouldn’t mind fussing over. All he knows for certain that his customary seat on the early morning flight from Orlando that would connect him to the rest of the NBA – Bavetta wouldn’t fly out of Gainesville, the small airport nearest his home, for fear that he’d be delayed and miss a game – will be filled by somebody else.

“These people have been a part of me, for years,” Bavetta said.

What he will likely miss most is being one of the NBA’s de facto ambassadors.

Bavetta prided himself on being personable; after all, he was easily recognizable by NBA fans. So when they would stop him to chat, Bavetta never minded posing for a quick photo or telling a brief story.

“I was never the star of the show,” Bavetta said. “The stars were the players. But you never know what lives you’ll be able to touch.”

‘I was never the star of the show.’