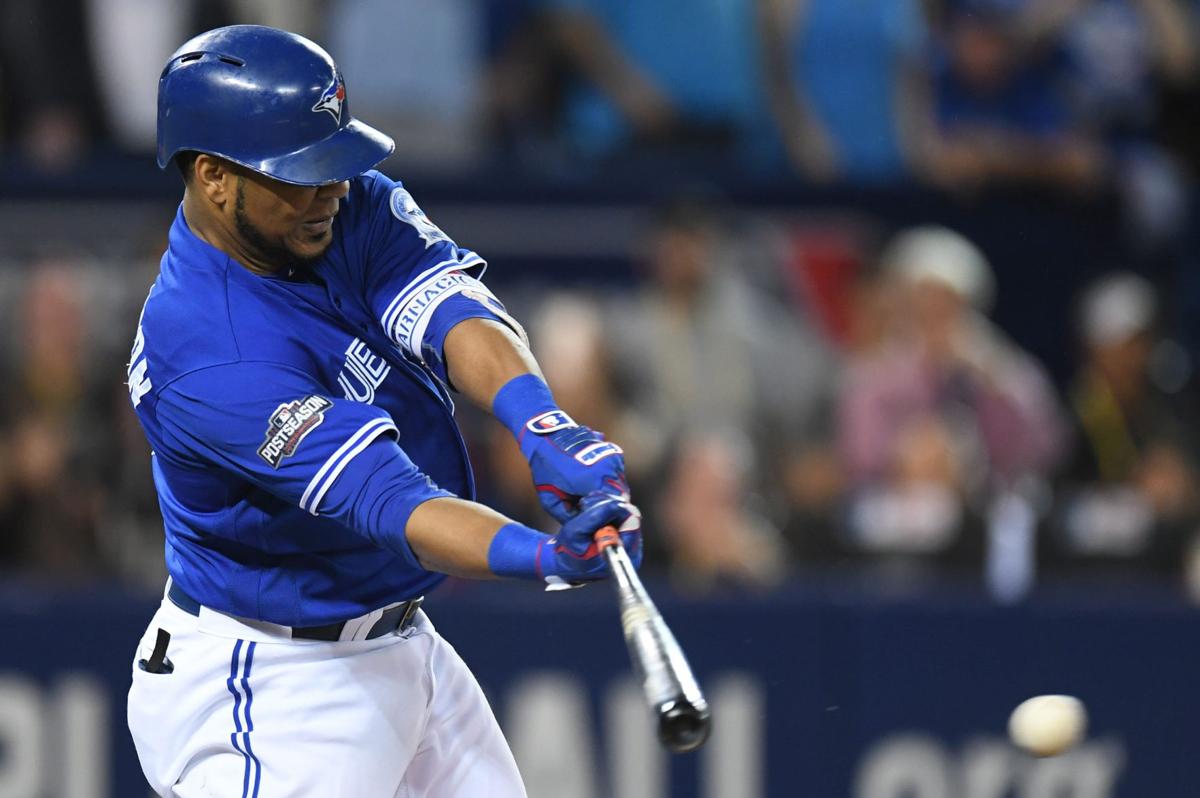 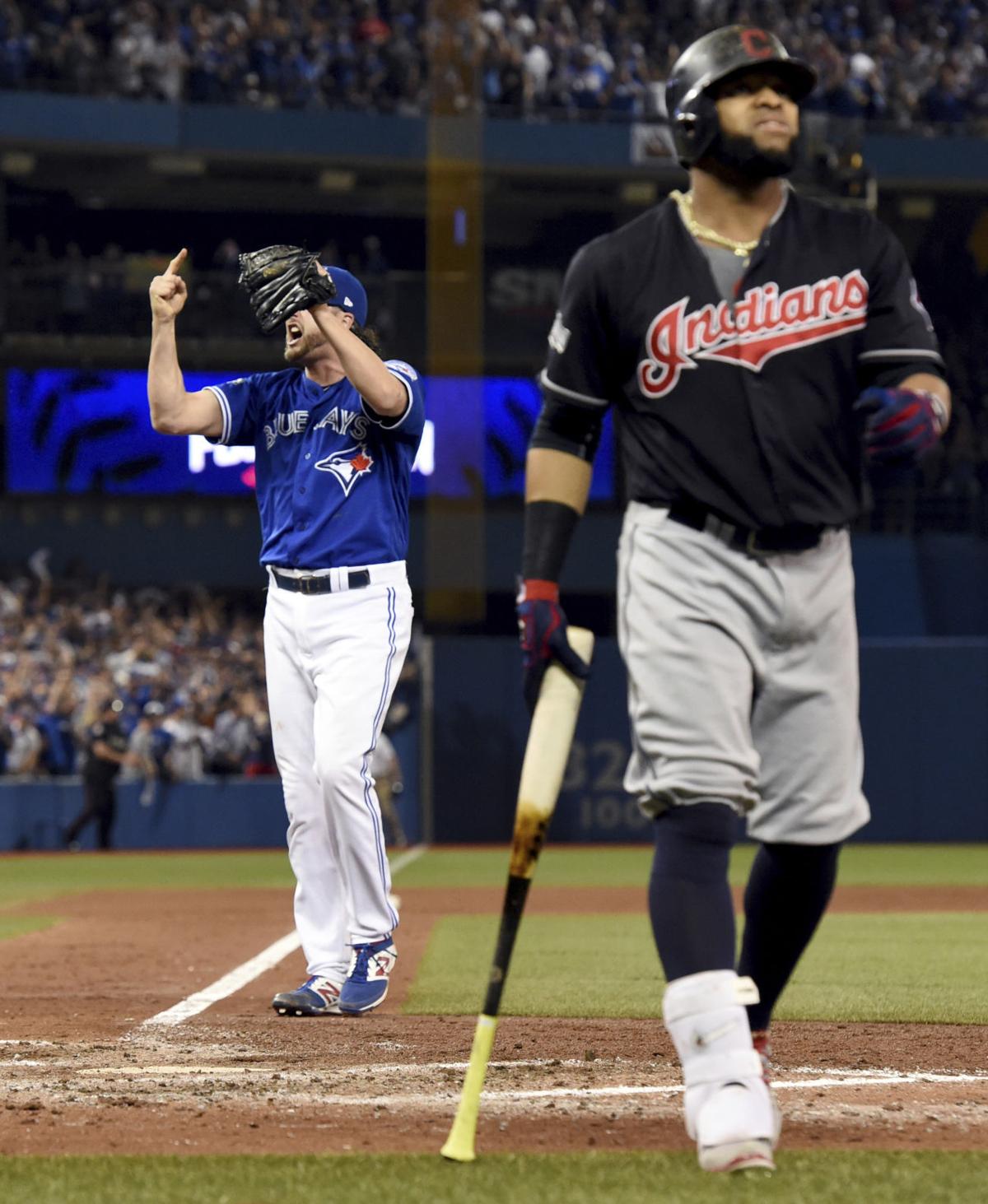 TORONTO— Just in time, Josh Donaldson and the Toronto Blue Jays broke out the bats to save their season.

Now they have a chance to really make things interesting in this AL Championship Series.

Donaldson backed up his fiery pep talk to teammates before the game, hitting a home run and turning in a timely diving stop Tuesday to help the Blue Jays avert a sweep with a 5-1 win over the Cleveland Indians.

The Indians still lead the matchup 3-1, but with a couple of big hits and a strong outing by Aaron Sanchez, Toronto handed them their first loss of this postseason.

“I’m not going to give too much away of what I had to say, but just more so getting everybody’s attention and focus and understanding,” Donaldson said. “I mean, everybody knew coming into today how important today was. But at the same time I just wanted to kind of reiterate that and let the boys know that I was coming to play today.”

Cleveland will try again Wednesday to win to earn its first World Series trip since 1997, but the big concern for the Indians coming into the series — an injury-riddled rotation — still lingers. In Game 5, Cleveland will start Ryan Merritt, who has pitched just 11 innings in the majors, against Marco Estrada.

It was an emotional day all around at Rogers Centre, where the home crowd had fallen silent watching the season slipping away because of a slumbering offense that totaled only three runs in the first three games of the series.

“I thought we battled pretty good today, with the bats,” Toronto manager John Gibbons said. “Naturally, when you score, which we haven’t been doing, it always looks good.”

Donaldson’s solo shot to left-center field off Corey Kluber in the third put the Blue Jays ahead for the first time all series. Two innings after that, the star third baseman made an outstanding play to preserve a one-run edge.

Sanchez, the American League ERA champion, allowed a run and two hits in six innings, and the bullpen finished with three perfect innings.

Kluber was starting on three days’ rest for the first time in his career.

“I felt fine. I don’t think it physically affected me. I made a mistake to Donaldson,” Kluber said. “We’re one win away from the World Series and that’s what we’re focused on.”

Kluber hadn’t allowed a run in either of his first two starts this postseason. Donaldson, the reigning AL MVP and sporting a still freshly shaved face, opened the scoring with his first home run of these playoffs.

The wild-card Blue Jays made it 2-0 in the fourth when Ezequiel Carrera’s blooper fell between three Cleveland fielders in left-center for an RBI single.

Roberto Perez hit an RBI double in the fifth off Sanchez. Carlos Santana’s two-out grounder to the left side might have had a chance to score him, but Donaldson made the play to his left , then popped up and danced off the field with a bit of a fist pump.

“I was locked in,” Donaldson said. “It helps when you have a guy like Sanchez in the zone, where you can really focus in on a certain area of the strike zone. And I was able to get a really good read off the bat, and I was fortunate enough to be able to make the play.”

The Indians didn’t have another baserunner after that. Brett Cecil, Jason Grilli and Roberto Osuna pitched an inning each in relief for Toronto.

Taking no chances, Gibbons brought in Osuna, his closer, in a non-save situation to finish off Cleveland.

The Indians were trying to become the third team to sweep a Division Series and Championship Series in the same postseason. The 2007 Colorado Rockies and 2014 Kansas City Royals both did it.

Cleveland had won nine in a row, including three straight over Boston in the ALDS.

The Indians had a chance to take the lead in the third when Tyler Naquin hit a leadoff double and went to third on a sacrifice. Sanchez retired Santana on a soft grounder with the infield in, and then Jason Kipnis also grounded out.

Kluber was pulled after 89 pitches. He allowed two runs and four hits in five innings.

The Blue Jays added two more runs in the seventh after a throwing error by reliever Bryan Shaw. Edwin Encarnacion came up with the bases loaded and the crowd chanting “Eddie” — and his hard grounder skipped off the mound and into center field for a two-run single to make it 4-1.