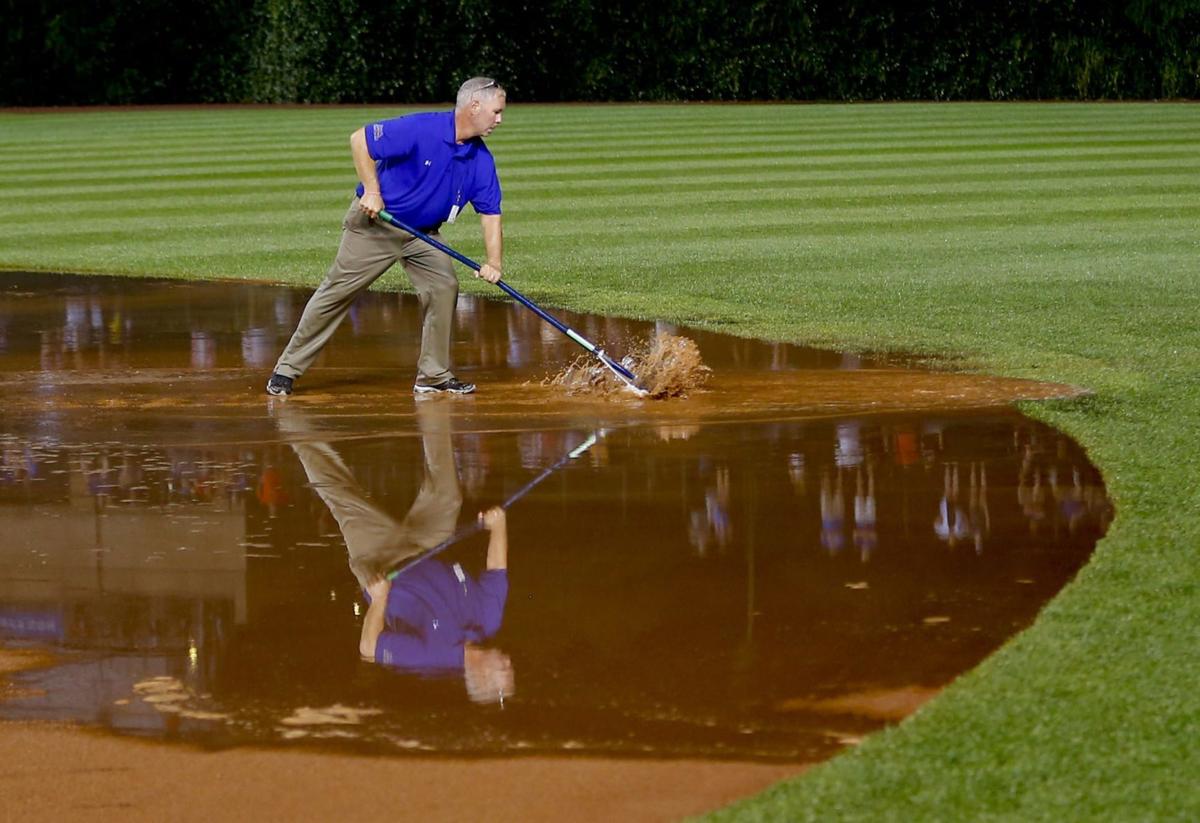 A member of the grounds crew works on the field after a heavy rain soaked Wrigley Field during the fifth inning of a baseball game between the San Francisco Giants and the Chicago Cubs Tuesday in Chicago. 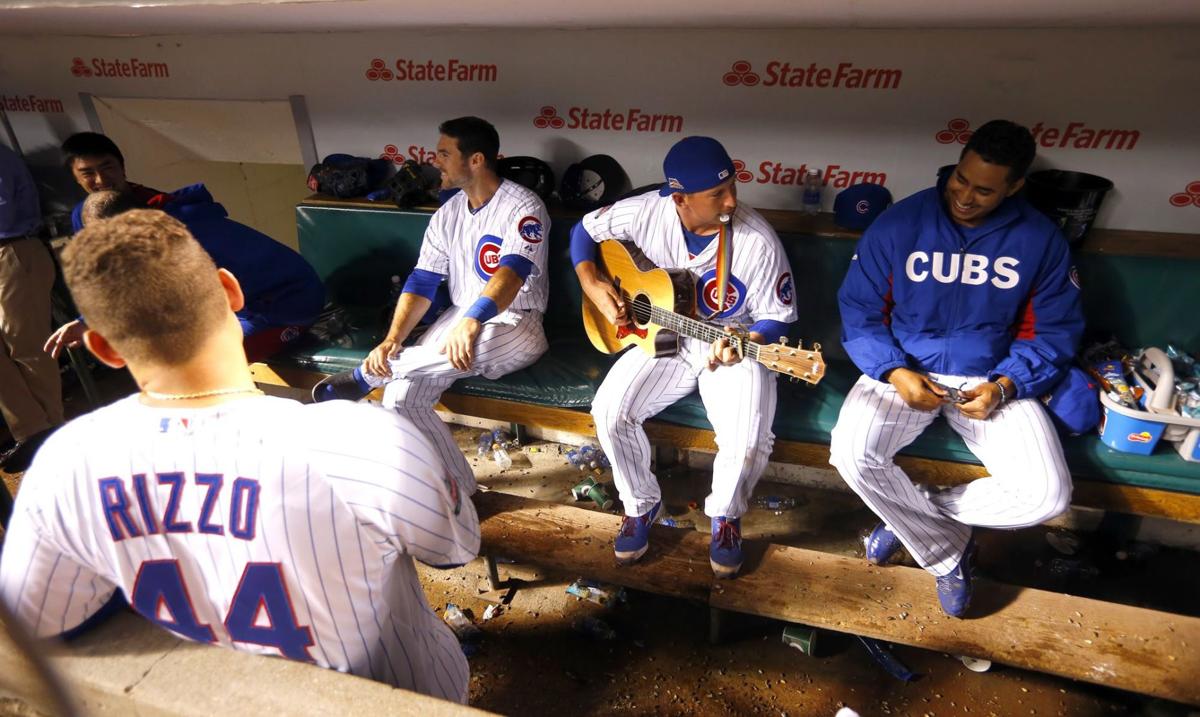 A member of the grounds crew works on the field after a heavy rain soaked Wrigley Field during the fifth inning of a baseball game between the San Francisco Giants and the Chicago Cubs Tuesday in Chicago.

CHICAGO (AP) — Bruce Bochy probably had a lot more he wanted to say after a 4½-hour wait to resume a game Tuesday night – and this morning – proved futile.

But the San Francisco Giants’ manager mostly held his tongue after the Wrigley Field infield was deemed unplayable and the Chicago Cubs were awarded a 2-0 victory in a game shortened to five innings.

“Look, I’m frustrated and beside myself,” Bochy said. “I’m probably not in the right frame of mind.

“It was a long, frustrating night. I hope they look at it and I hope they listen. I don’t know what other recourse we can take. It’s a tough time for everyone.”

Bochy declined to say, but a team official, asking not to be quoted directly, said the Giants likely will protest the result because they were promised everything would be done to get the game in.

Anthony Rizzo slammed a two-run homer, Tsuyoshi Wada (3-1) pitched five strong innings to lead the Cubs. The Giants lost for the seventh time in 10 games and fell 4 1/2 games behind Los Angeles in the NL West race.

After a brief but heavy downpour, the game was delayed 4 hours, 34 minutes before it was called off at 1:16 a.m. Fewer than 1,000 fans remained.

When the rain and the wind intensified in the middle of the fifth inning, home plate umpire Hunter Wendelstedt stopped play. The grounds crew couldn’t get the manual tarp fully in place, leaving large portions of the infield exposed to rain for more than 10 minutes.

When the rain stopped – 14 minutes after the game was delayed – large sections of the infield were soaked.

It took nearly 1 1-2 hours for workers to remove water from the infield and spread dozens of bags of compound on the dirt area.

Wendelstedt, Bochy and Cubs manager Rick Renteria toured the infield, but after additional repairs followed by another lengthy delay with little or no activity, play was halted for the final time.

“We tried to wait as long as we could,” Cubs general manager Jed Hoyer said. “Because the Giants were in a pennant race, we felt an obligation to do that. I talked with the umpires a lot and (team president) Theo Epstein talked with MLB to come up with a way to play this game the way it should be played.

There was speculation during the delay that the game could be suspended and resumed Wednesday, but Wendelstedt said that wasn’t an option.

“The problem that all the parties faced was in the baseball rulebook there was nothing to put our hat on to suspend the game,” Wendelstedt said to a pool reporter. “The game became regulation with the home team winning in the top of the fifth inning. There was really no way around it.”

Rookie Javier Baez walked with one out against Ryan Vogelsong (7-9) in the first inning before Rizzo homered over the right-field bleachers for his 29th shot of the season. Of his 23 homers since May 8, 13 gave the Cubs the lead and two others tied games. He also had a single.

When the rain stopped after a short while, Vogelsong assumed play would resume.

“I was talking to (pitching coach Dave Righetti) about going back out,” he said. “Then after a while I realized I wasn’t going to be able to go back out, but at least I was hoping we’d get back out and play, give us a chance.”

Giants: The status of C Hector Sanchez is on hold after he sustained his second concussion of the season last Saturday while on a rehab assignment with Triple-A Fresno. ... 2B Joe Panik is day-to-day because of a dislocated left pinkie. He was injured on a head-first slide against Philadelphia last Sunday.

Cubs: Top prospect Kris Bryant returned to the lineup with a double and a walk in four plate appearances for Triple-A Iowa on Monday. The third baseman sat out one game and was limited to a pinch-hitting role in another because of a bruised left foot.