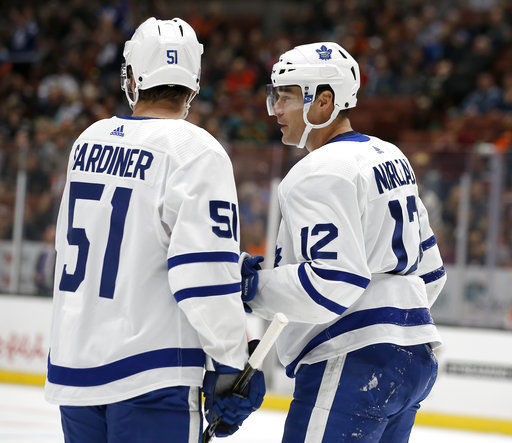 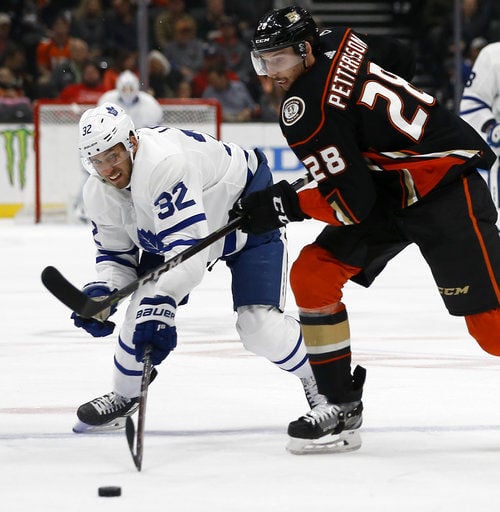 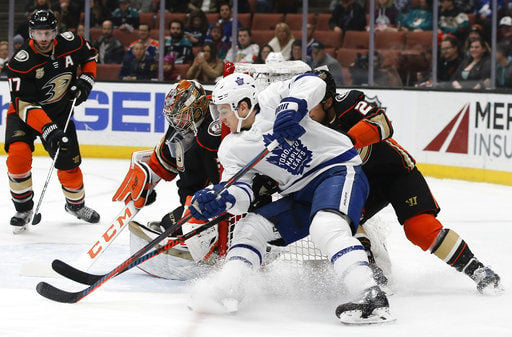 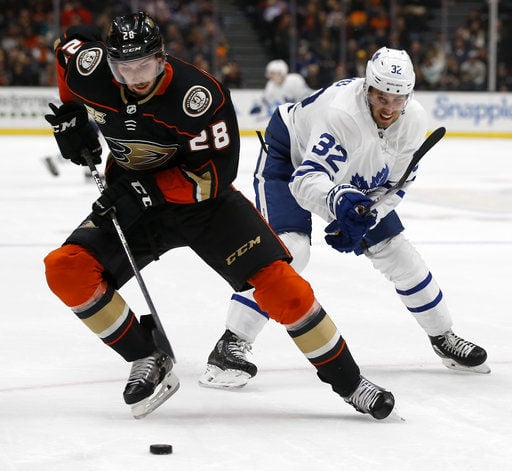 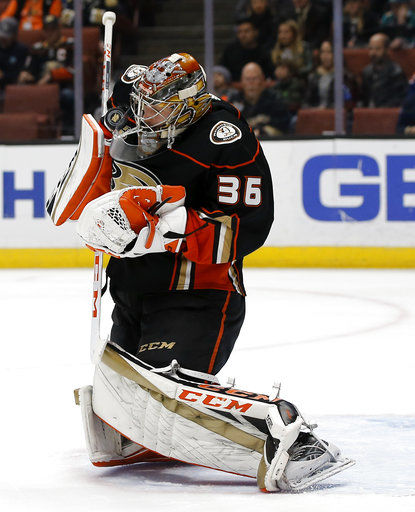 ANAHEIM, Calif. (AP)  Morgan Reilly scored on a breakaway with 1:43 remaining in overtime and the Toronto Maple Leafs swept the California portion of their trip with a 2-1 victory over the Anaheim Ducks on Friday night.

Toronto overtook Nashville and Tampa Bay for the NHL's best record at 14-6-0. The Maple Leafs have won six of seven and are unbeaten in three overtime games this season.

Reilly got his ninth goal and 26th point, which puts him among the league leaders. Patrick Marleau also scored for Toronto and Garret Sparks made 38 saves.

Marleau opened the scoring less than seven minutes into the game when he positioned himself in front of the net and redirected Jake Gardiner's pass with his left skate. It is the 539th goal of Marleau's career, giving him sole possession of 32nd place on the NHL's career list

Aberg tied it with less than two minutes remaining in the second period with a 45-foot slap shot for his team-leading sixth. The goal broke a Ducks' scoring drought of 124:05, dating back to the second period of Monday's game against Nashville.

NOTES: Toronto is 9-0 when scoring first this season. ... The Maple Leafs are 2-1-0 in the second game of back-to-backs. ... Marleau has 32 goals against Anaheim, which ranks first among active players. ... Toronto C John Tavares had a seven-game point streak snapped. He had five goals and five assists during that span. ... Aberg has points in three of his last five games (two goals and an assist). ... Anaheim has successfully killed 28 of its last 31 when it has been a man down. ... The Ducks have gone to overtime in a league-high seven home games and are 3-2-2.