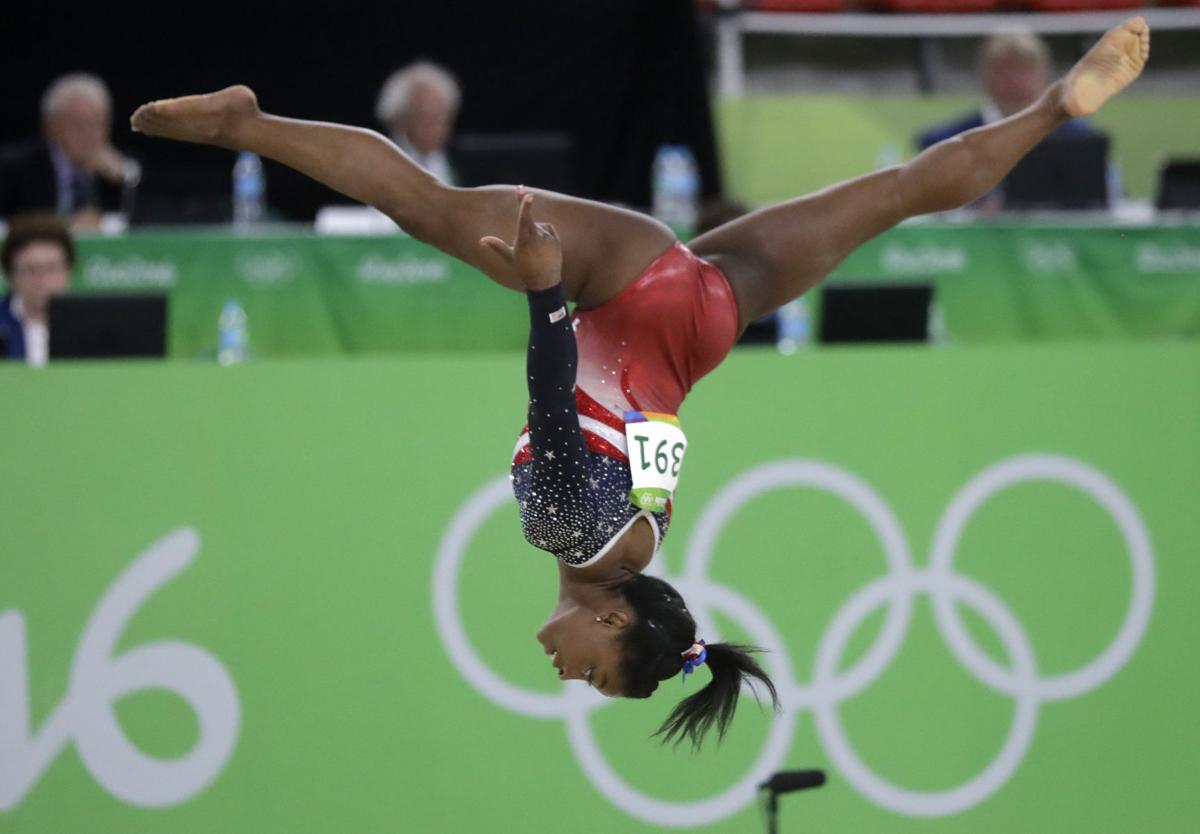 Simone Biles of the U.S. team performs on the floor during the artistic gymnastics women's team final at the 2016 Summer Olympics in Rio de Janeiro, Brazil, Tuesday. 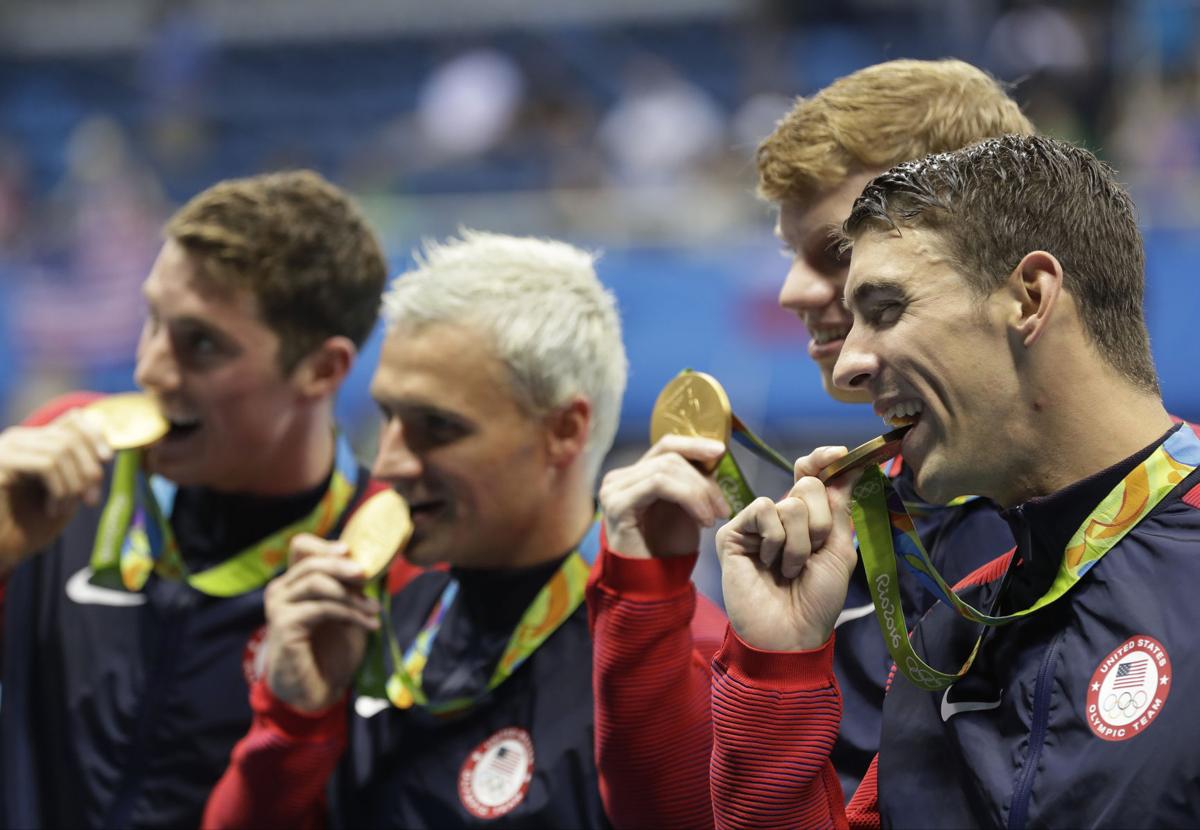 From left, Conor Dwyer, Ryan Lochte,Townley Haas and Michael Phelps from the United States bite their gold medals after the men's 4x200-meter freestyle final during the swimming competitions at the 2016 Summer Olympics, this morning, in Rio de Janeiro, Brazil. 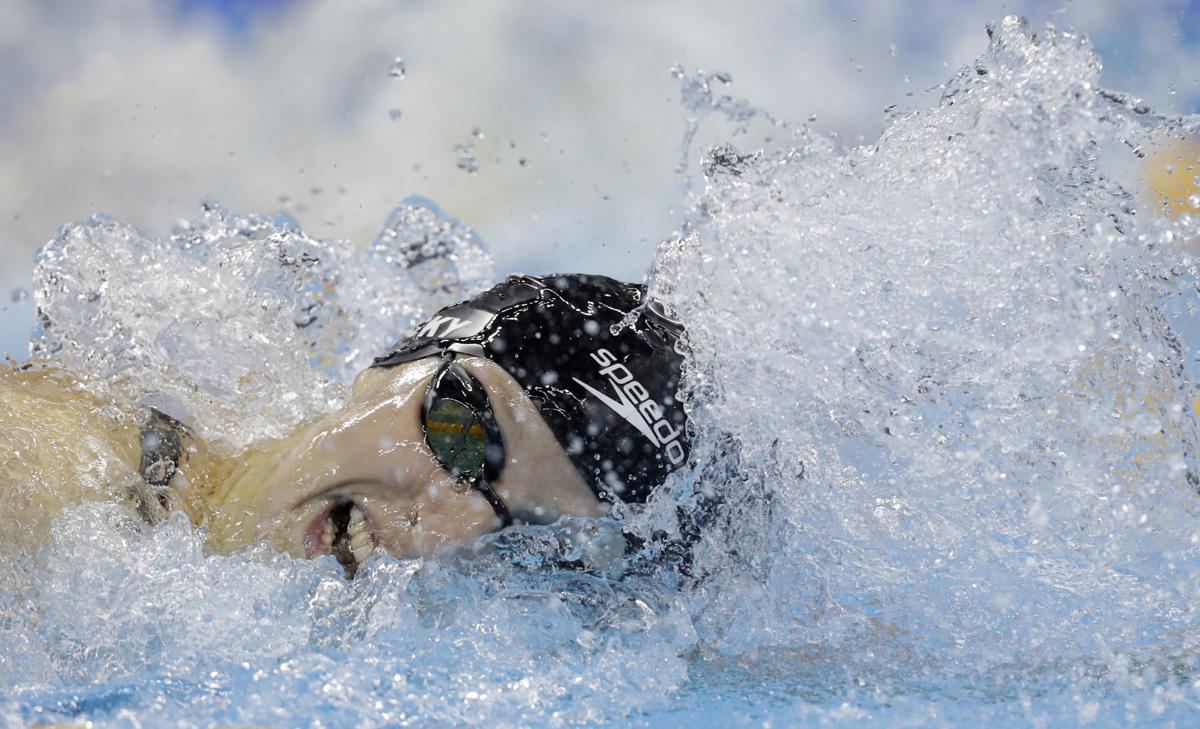 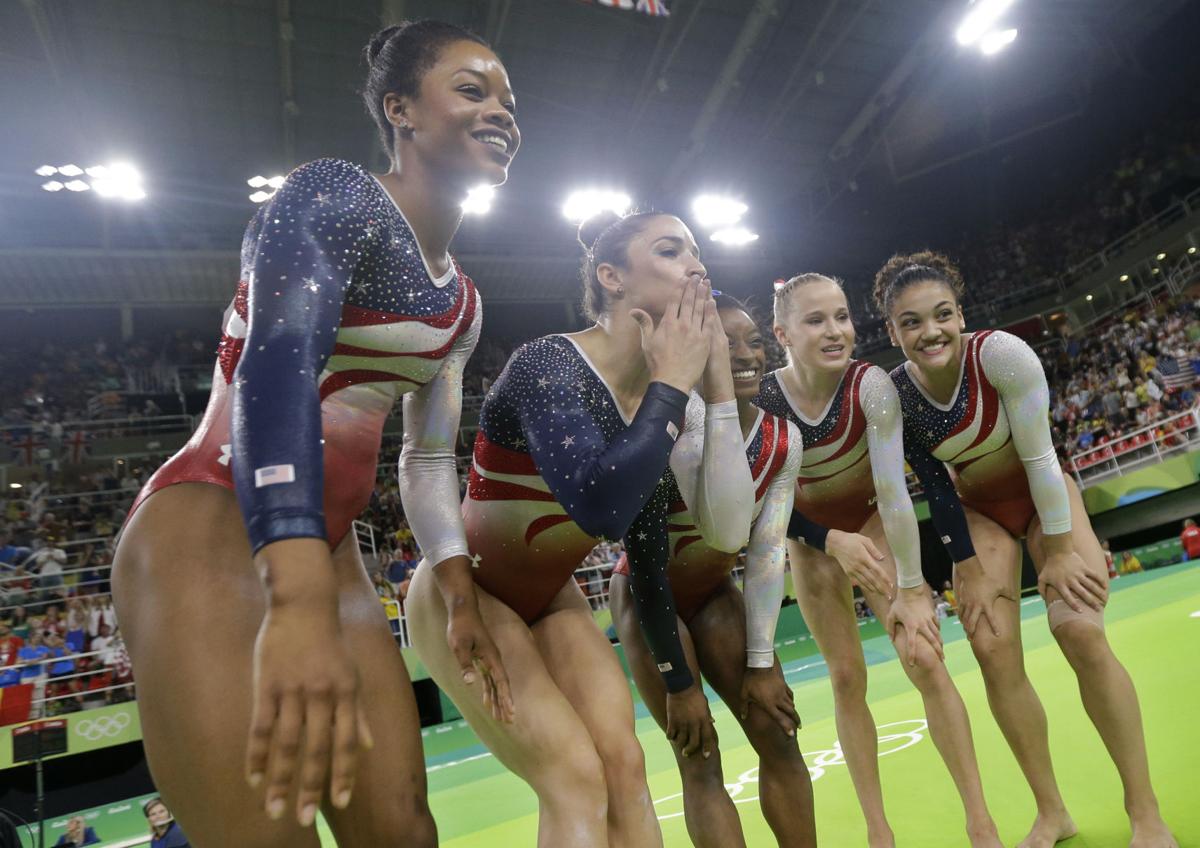 Simone Biles of the U.S. team performs on the floor during the artistic gymnastics women's team final at the 2016 Summer Olympics in Rio de Janeiro, Brazil, Tuesday.

From left, Conor Dwyer, Ryan Lochte,Townley Haas and Michael Phelps from the United States bite their gold medals after the men's 4x200-meter freestyle final during the swimming competitions at the 2016 Summer Olympics, this morning, in Rio de Janeiro, Brazil.

For teenagers Katie Ledecky and Simone Biles, their star turns in the Summer Olympics might be just beginning.

From the pool to the gymnastics floor, Team USA had nice day at the Rio de Janeiro Games.

Not all the American stars were winners Tuesday, though. Serena Williams lost on the tennis court and the U.S. women’s soccer team gave up a late goal and ended up in a draw with Colombia.

But a new generation of U.S. athletes is ready to take up the banner of Olympic standard-bearer from Phelps, a grizzled veteran at 31.

Phelps earned his 20th career gold medal after taking the 200-meter butterfly. He erased the bad memories from his loss in the same race in London to South African Chad le Clos.

Phelps got off to a rousing start at the Rio Games by leading his 4x100 freestyle team to the gold medal on Sunday.

On Tuesday, Phelps’ face bared a familiar scowl as he walked out on to the deck. He held off Japan’s Masato Sakai by four-hundredths of a second, with Hungary’s Tamas Kenderesi taking the bronze.

His 21st gold came later Tuesday night after swimming the anchor leg on the 4x200-meter relay.

Ledecky strode atop the medal podium again with a bright smile after taking gold for winning the 200-meter freestyle. Sarah Sjostrom of Sweden claimed the silver and Emma McKeon of Australia took the bronze.

Ledecky, just 19, won her second gold. At this pace, she could challenge Phelps’ medal haul someday.

At the other end of Olympic Park, the U.S. women’s gymnastics team captured a second straight gold with a high-flying and dominating performance.

The triumph was never in doubt, their score of 184.897 at the Rio Games was more than eight points clear of the field. The day was capped by the 19-year-old Biles, a fan favorite, whose boundary-pushing floor exercise showed just how far ahead they are of everyone else.

The golden girls dubbed themselves “The Final Five” in honor of Karolyi’s retirement at the end of the Olympics and the fact that the format is changing for Tokyo in 2020 so that only four team members will take part in the team competition.

The normally stern Karolyi broke down in tears when she was told of the nickname the team adopted.

“I think at this moment we can say that that the United States dominates the world of gymnastics,” Karolyi said.

Other highlights from Day 4 at the Rio Games:

MURKY POOL: At Maria Lenk Aquatics Center, there was more buzz over the color of the water than the diving competition. It had turned a murky green since Monday night’s events. Chen Ruolin and Liu Huixia didn’t seem to care about the color. They won the women’s 10-meter synchronized platform title to make China 3-for-3 in the competition so far.

SOUR SERENA: Williams shanked shots all over the court in getting upset by Elina Svitolina of Ukraine. The top-ranked American won’t get a chance to defend the gold she won in London. Williams looked out of sorts and irritated, accumulating 37 unforced errors. She had five double-faults in one game alone in the 6-4, 6-3 loss to the 20th-ranked Svitolina. Williams wiped her forehead, picked up her rackets and headed back quickly to the locker room. Svitolina, who had never before played in an Olympics, smiled and stuck her arms out in front of her, palms up, as if waking up from a dream.

ON THE PITCH: Catalina Usme beat U.S. goalie Hope Solo on a pair of free kicks to draw Colombia to a 2-2 tie with the United States. The first, in the 26th minute, was Colombia’s first ever Olympic goal, and first ever goal against the United States. Team USA still emerged at the top of Group G of the women’s soccer tournament and will play in the quarterfinals.

Host country Brazil played to a 0-0 draw with South Africa. The Brazilians had already secured a spot in the women’s soccer quarterfinals before their match. The team and star Marta have drawn more attention while Brazil’s men have struggled at the Olympics. The women’s team will face Australia in a quarterfinal match on Friday.

MEDAL STRIPPED: A Ukrainian javelin thrower was stripped of his silver medal from the 2012 London Olympics, becoming the latest athlete disqualified after the retesting of stored doping samples. Oleksandr Pyatnytsya tested positive for the steroid turinabol and was retroactively disqualified from the London Games and ordered to return his medal, the International Olympic Committee said.

RUGBY STUNNER: Sonny Bill Williams was helped off with an ankle injury during New Zealand’s shocking 14-12 loss to Japan in its first game of rugby sevens. New Zealand is a 12-time world series champion and one of the top contenders for the first rugby medals awarded at an Olympics in 92 years.

PELE IMPROVING: Pele tweeted that he hopes to appear at the closing ceremony after missing the opening because of his health. The soccer great was the organizers’ preferred choice to light the cauldron, but first cited sponsorship commitments and later health concerns for staying away.