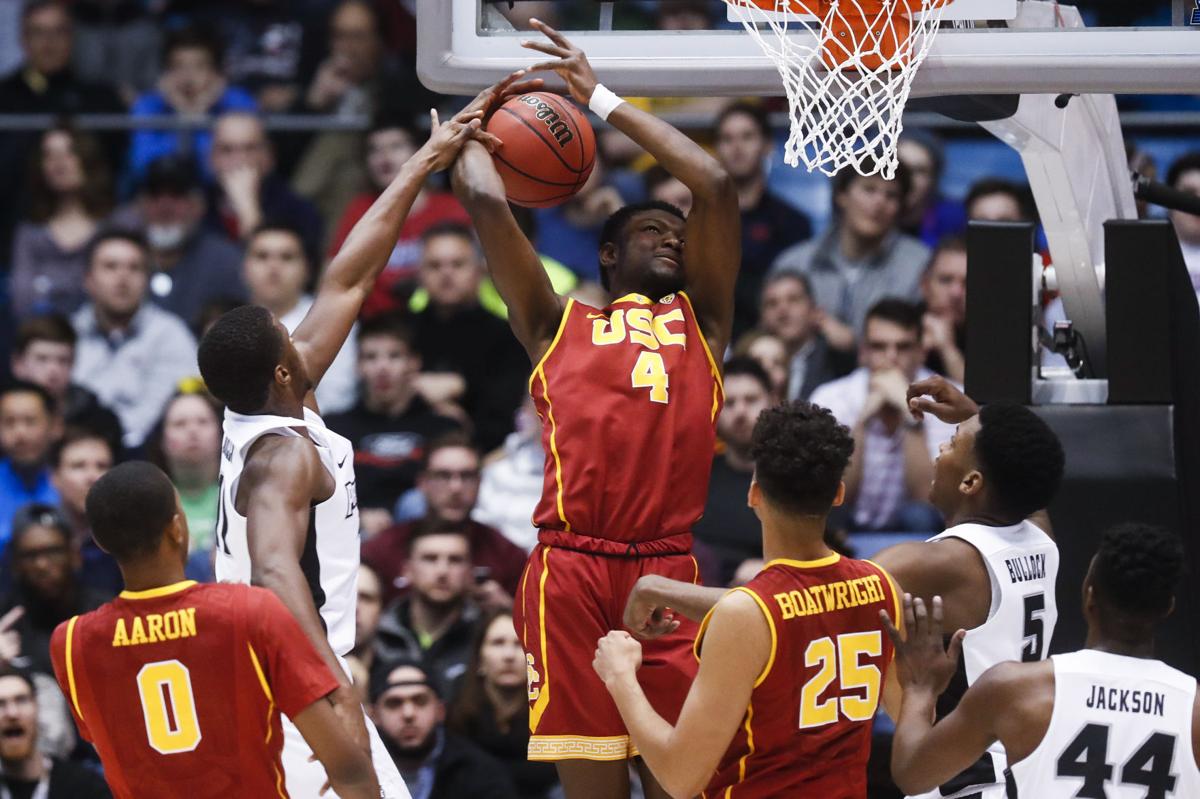 Providence's Alpha Diallo, center left, blocks a shot by Southern California's Chimezie Metu (4) during the first half of a First Four game of the NCAA men's college basketball tournament Wednesday in Dayton, Ohio. 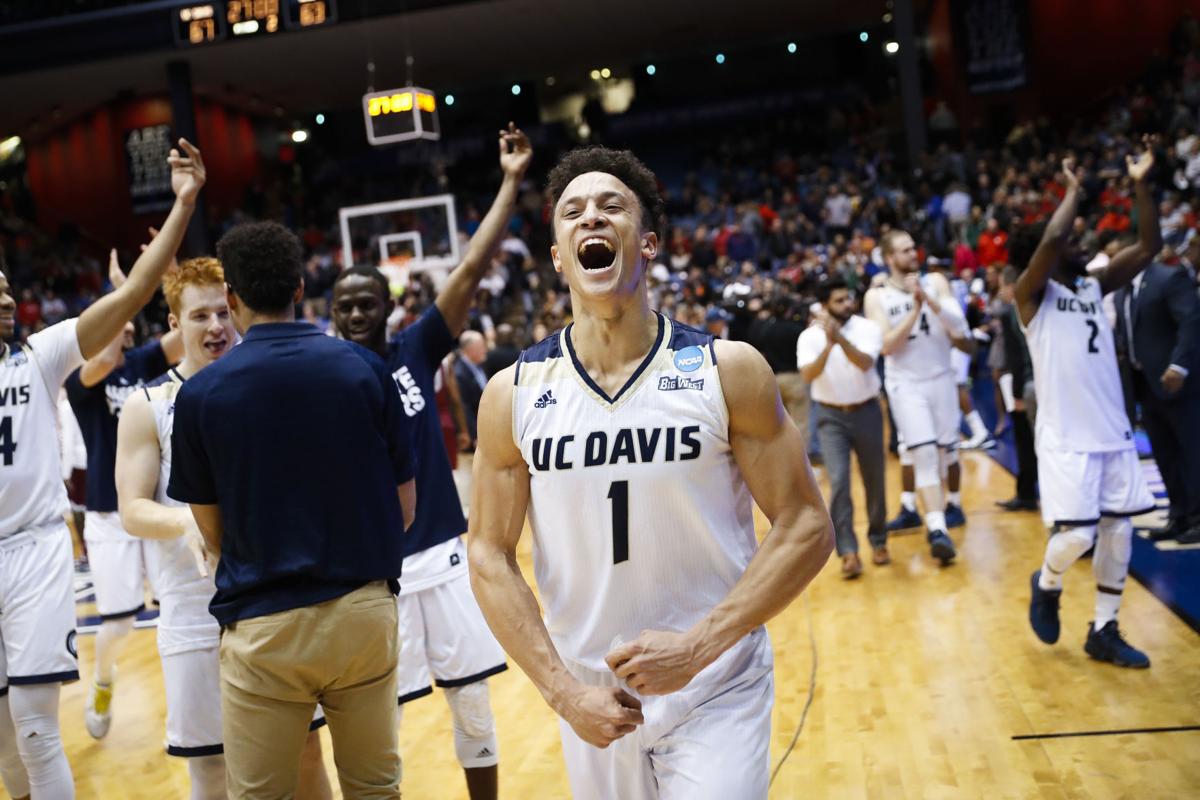 Providence's Alpha Diallo, center left, blocks a shot by Southern California's Chimezie Metu (4) during the first half of a First Four game of the NCAA men's college basketball tournament Wednesday in Dayton, Ohio.

Bennie Boatwright scored a career-high 24 points as Southern Cal rallied from a 17-point deficit in the second half to beat Providence 75-71 in a First Four game Wednesday night.

The comeback victory was revenge for the Trojans, who lost to Providence by one point in the opening round of the NCAA Tournament last year. They move on to play 6th-seeded SMU at Tulsa, Oklahoma, on Friday.

After Providence led by 15 points at halftime and went up by 17 to start the second half, Southern Cal (25-9) mounted a furious rally. The Trojans closed it to five points at the 10-minute mark, and went up 61-60 on a jumper by Chimezie Metu off a turnover with 6:46 left.

Metu hit both ends of a 1-and-1 to put Southern Cal up 71-64 with 1:23 remaining and kept Providence from getting back into it down the stretch.

The comeback was Southern Cal’s 12th this season of at last 10 points, the most in the nation.

Providence outshot Southern Cal 49 percent to 42 percent, but the Friars outscored them in the second half 46-27.

It looked like a rout in the making at halftime. Providence (20-13) took a 44-29 lead on the strength of a 15-0 run punctuated by two 3-pointers by Bullock and another from Lindsey, who had 15 points in the first half. The Friars were 8 for 15 from 3-point range in the first half.

The 16th-seeded Aggies rallied in the second half and held off North Carolina Central down the stretch to earn a trip to Tulsa to play No. 1 seed Kansas on Friday.

“Our guys grew up as little hoopers dreaming about playing and having this opportunity,” UC Davis coach Jim Les said. “And so it’s special to be here. And we’re just going to continue to fight, to keep this story going.”

Brynton Lemar scored 15 points and Lawrence White added 14 for UC Davis, which had earned a trip to the tournament by winning the Big West Conference Tournament.

The Aggies (23-12) won despite 18 turnovers that led to 20 points for streaky North Carolina Central. But the Eagles couldn’t overcome poor shooting that deteriorated even more in the second half.

The Eagles pulled within 64-63 with 1:49 left in the game on a 3-pointer by Dajuan Graf. North Carolina Central got the ball back with 37 seconds left, but another 3-point try by Graf was off the mark. Graf had to foul Lawrence White, who made two free throws with 16 second remaining to give the Eagles some breathing room. Lemar hit a foul shot with 4 seconds left to put it away.