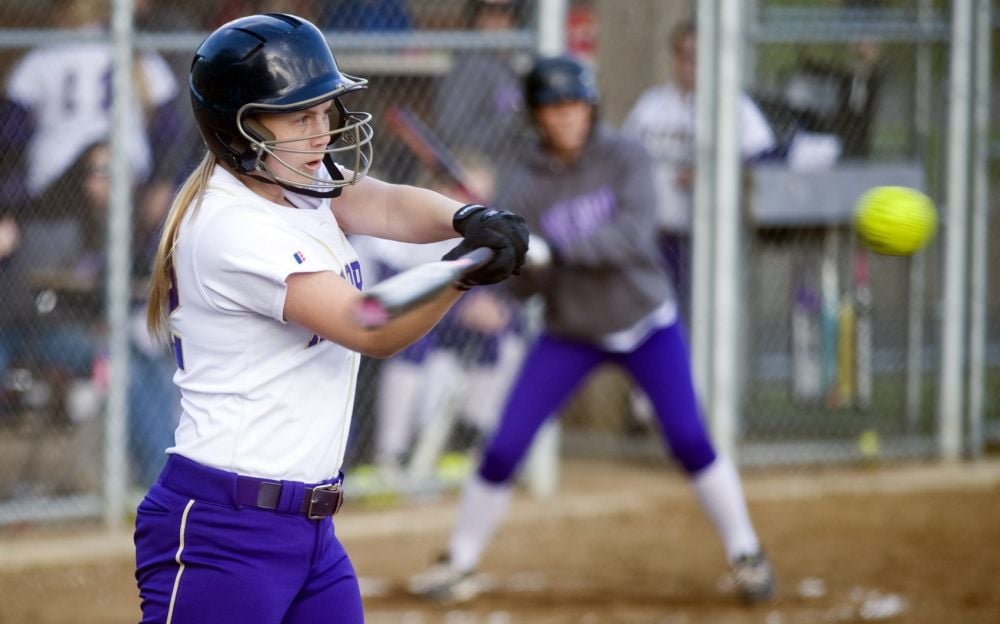 <p>Astoria's Kennedy Rub takes a cut at a Yamhill-Carlton pitch. Hits were hard to come by against the top-ranked Tigers' Molly Smith who struck out 18 batters durinng a 4-1 victory over the Fishermen Tuesday at Tapiola Park.</p> 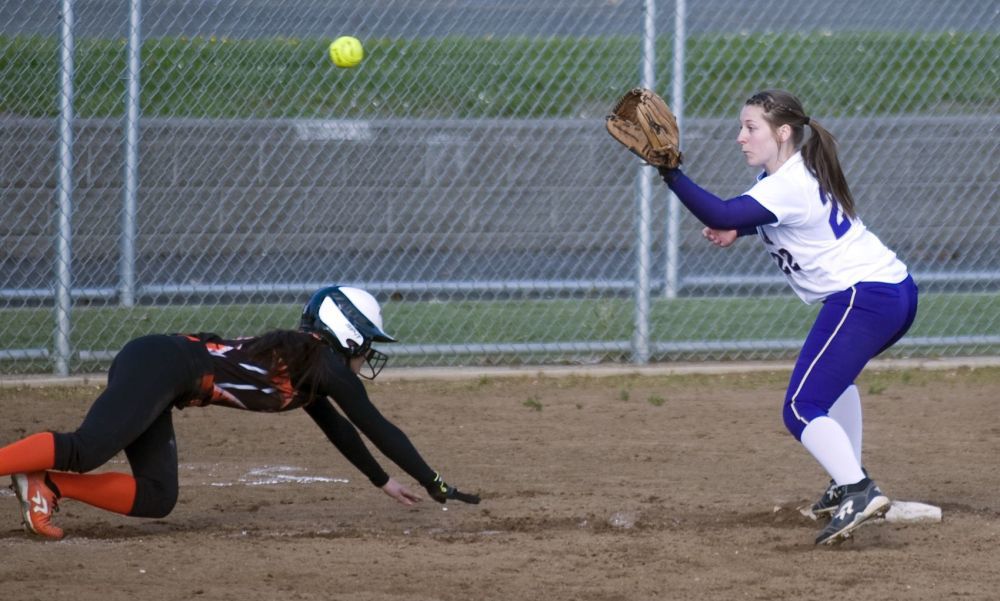 <p>Astoria's Mykka Abrahams looks to tag out a Yamhill-Carlton baseunner after the Tiger strayed from third base.</p> 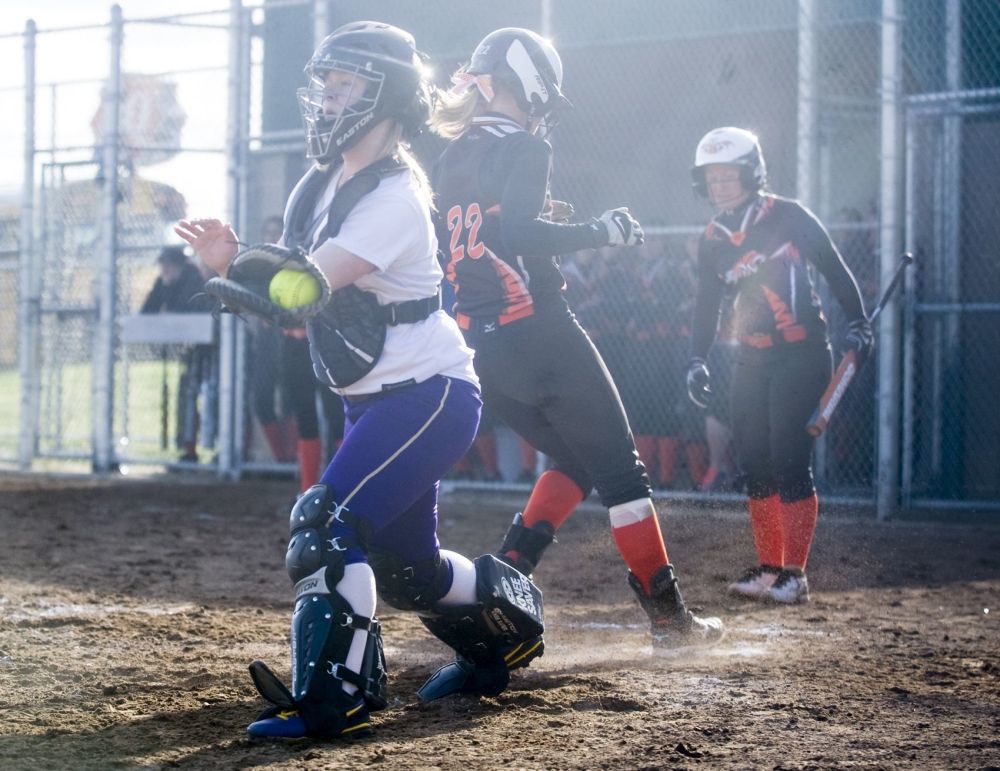 <p>Astoria's Caitlyn Hougham fields a relay throw but is unable to prevent a Yamhill-Carlton runner from crossing home plate.</p>

<p>Astoria's Kennedy Rub takes a cut at a Yamhill-Carlton pitch. Hits were hard to come by against the top-ranked Tigers' Molly Smith who struck out 18 batters durinng a 4-1 victory over the Fishermen Tuesday at Tapiola Park.</p>

<p>Astoria's Mykka Abrahams looks to tag out a Yamhill-Carlton baseunner after the Tiger strayed from third base.</p>

<p>Astoria's Caitlyn Hougham fields a relay throw but is unable to prevent a Yamhill-Carlton runner from crossing home plate.</p>

The Astoria Lady Fishermen had just one hit and struck out 18 times Tuesday  yet Astoria head coach Lou Marconeri still had reason to be pleased following a 4-1 loss to Yamhill-Carlton.

A loss is never good, but playing the No. 1 team in the state like we did  thats a feather in our cap, Marconeri said following Tuesdays defeat at Tapiola Park.

Even with a one-hit, 18-strikeout performance by Yamhill pitcher Molly Smith, the Tigers probably felt lucky to come away with the win.

Astoria pitcher Noelle Lund was on top of her game, as she scattered four hits with 10 strikeouts, six walks and only allowed two earned runs.

I thought Noelle pitched one heck of a game, Marconeri said. We played dang near a perfect game. We had a couple mistakes, but other than that, it was really good. Im super-proud  thats the No. 1 team in the state right now. If we can play like that, we can play with anybody.

While Smith struck out seven of the first nine batters she faced, the Tigers broke open a scoreless game with a run in the fourth, as Emily Drevdahl drew a leadoff walk and eventually scored on a passed ball.

Drevdahl had the big day for the Yamhill offense, finishing with two of the Tigers four hits and an RBI, a fifth-inning single that scored Hannah Morris. Emily Lockhart scored later in the inning on a bases-loaded walk.

Drevdahl and Smith had back-to-back one-out singles in the seventh, and Drevdahl scored on an errant throw to make it 4-0.

Smith took a perfect game into the bottom of the seventh, before Astorias Taylor Mickle reached first on a dropped-ball third strike to give the Lady Fish their first baserunner.

After a strikeout, Kelsey Wullger broke up the no-hitter with a line-drive double to the fence in right-center field, scoring Mickle.

Smith struck out the final batter, her 18th and final strikeout of the day.

We beat em a couple times four or five years ago, but since theyve had Molly Smith, we havent done much, Marconeri said. We played excellent today. I couldnt ask any more from our team. Maybe if could have hit a little better, but shes a great pitcher.

We cut down on our mistakes, our pitching was sharp today, and if you dont make a lot of mistakes, you can compete with these teams.

Katie Burgher was the winning pitcher in both games, as she led the Tigers to a 13-0, 10-3 sweep.

The Tigers had five hits and took advantage of 12 walks and five Warrenton errors in Game 1, while Landree Miethe had the only hit for the Warriors.

Warrenton scored three runs in the fourth inning of Game 2, with hits by Ally Hanna and Alyssa Casteel, a walk to Hanna Little and a two-run single by Bri Marsch.

The Tigers improve to 4-2 in league, while Warrenton drops to 1-7.

GASTON  Gaston had just two hits, but it was enough to score a 4-1 win over Knappa in a Northwest League softball game Tuesday at Gaston.

SCAPPOOSE  Astoria and Scappoose are right back where they were a week ago  in a first-place tie in the Cowapa League baseball standings.

Astoria pitcher Chris Leonardi tossed a three-hit shutout and the Fishermen bounced back from last weeks loss to the Indians with a dominating 8-0 win at Scappoose Tuesday.

Leonardi struck out six with one walk, and Astoria collected seven hits off two Scappoose pitchers.

Ole Englund and Nick Strange both had two hits, while Kyle Strange and Cooper Wullger drove in two runs each.

Astoria broke a scoreless tie with one run in the fourth, then pulled away with four runs in the fifth, two in the sixth and one in the seventh.

WARRENTON  Clatskanie scored a combined 12 runs in the second inning Tuesday, and the Tigers played errorless ball in the field in a 10-3, 6-1 sweep at Warrentons Huddleston Field.

Tiger pitcher German George tossed a five-hitter in Game 1, with eight strikeouts. He also had two doubles at the plate. Bradd Lundberg was 3-for-4 in the first game to lead Warrenton.

In both games, our pitchers just had a meltdown in the second inning, said Warrenton coach Lennie Wolfe. We left the ball up and they hit it hard.

But Gavon (McFadden) and Hunter (Michaelson) both came in and threw well in relief, he said. Obviously we didnt win, but we are getting better. Weve cut down on the errors (only two on the day) and were increasing our contact significantly. Were getting close.

The Warriors have a key doubleheader at Corbett Friday.

The Loggers had nine hits off Gaston pitchers Trevor Reynolds and Bryce Cullers.

Offensively, Andrew Miller had a double, triple and two RBIs for Knappa, while Jason Miller added two hits, and Rusinovich and Nate Truax both had a double.

The Loggers host a doubleheader with Gaston Friday.