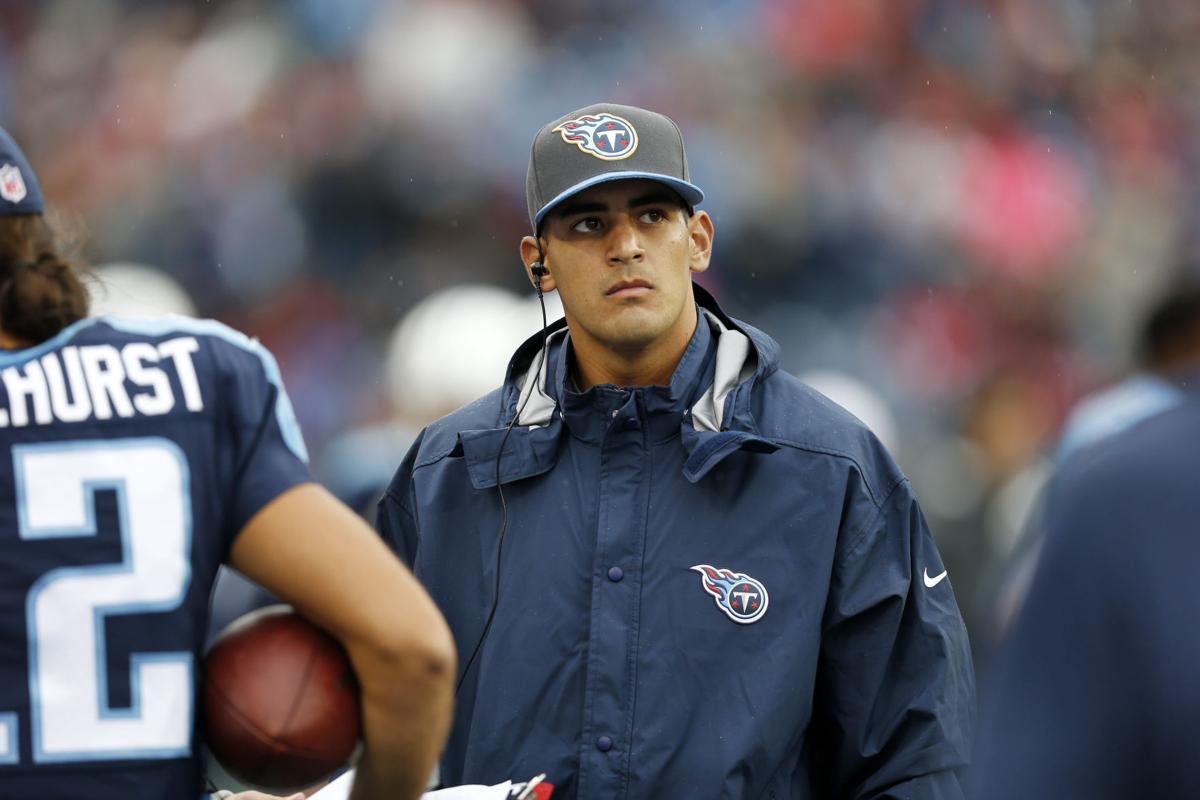 Injured Tennessee Titans quarterback Marcus Mariota watches the scoreboard in the second half of an NFL football game against the Atlanta Falcons in Nashville, Tenn.. Oct. 25. 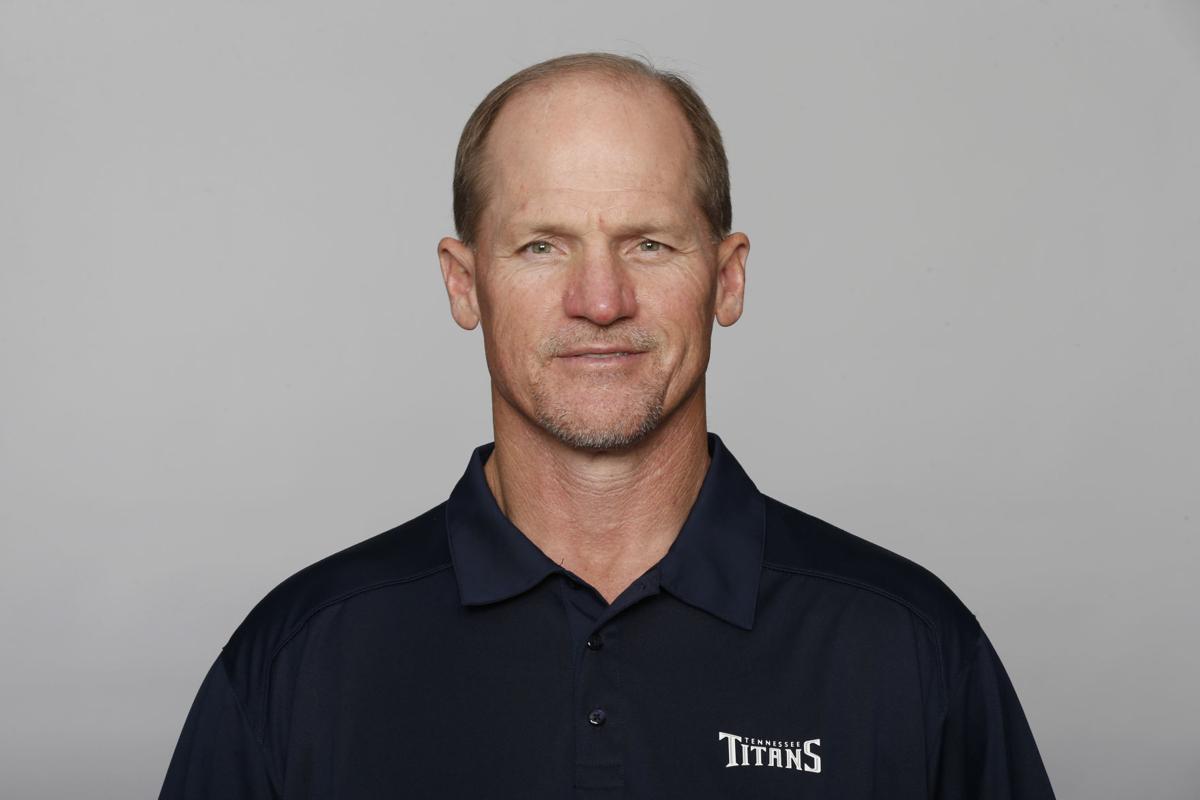 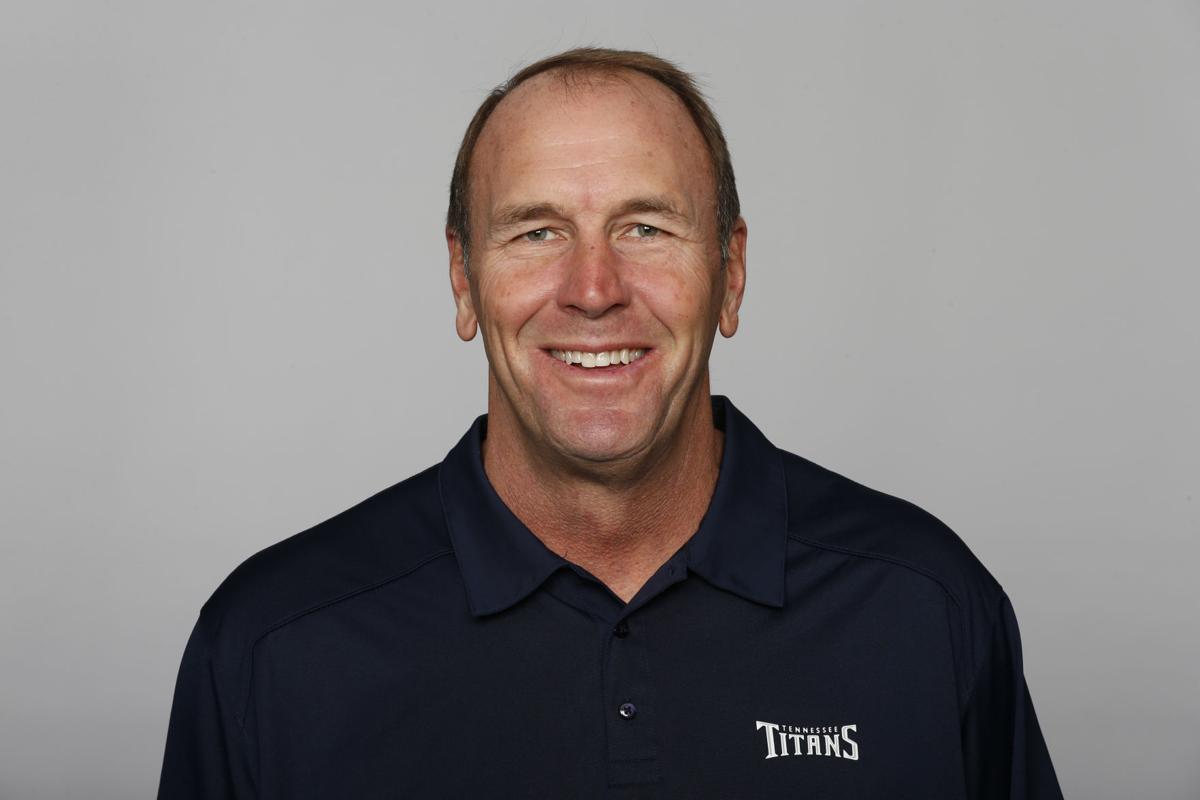 Injured Tennessee Titans quarterback Marcus Mariota watches the scoreboard in the second half of an NFL football game against the Atlanta Falcons in Nashville, Tenn.. Oct. 25.

NASHVILLE, Tenn. — The Titans surprised Mike Mularkey by choosing him to replace the friend who brought him to Tennessee. With a third chance to be a head coach in the NFL, Mularkey wants to prove he’s the man for the job.

“I wasn’t sure I’d ever get another one after what happened in Jacksonville, but I’d absolutely like to have that opportunity,” Mularkey said Tuesday.

Mularkey went 2-14 in his lone season in Jacksonville in 2012. He takes over a 1-6 Tennessee squad that has lost six straight, the longest skid in the NFL, and 16 of its last 17 games.

The Titans fired Ken Whisenhunt on Tuesday morning after a 3-20 tenure and turned to Mularkey, who also coached Buffalo in 2004 and 2005. Being the second NFL team to fire a head coach gives the Titans a chance to start evaluating candidates, and president Steve Underwood said controlling owner Amy Adams Strunk will pick the next coach.

“She obviously wants to get wins out of this team and felt in the best interest of the team,” Mularkey said.

Strunk also made it clear she wants quarterback Marcus Mariota protected, even if that means holding the rookie out of games to heal. The Titans have given up 28 sacks, and Mariota missed the last two games with a sprained MCL in his left knee injured Oct. 18 when he was sacked five times in the first half by Miami.

This franchise hasn’t been to the playoffs since 2008, and Mariota is the third quarterback it’s drafted within the first eight picks in the last decade.

“I don’t care how good the rest of your team is, if you don’t have the right kind of quarterback it’s hard to succeed long-term,” Underwood said. “We now have another rookie quarterback who’s very promising, and I think our future is bright. ... So much in our league begins and ends with the quarterback.”

Whisenhunt helped draft Mariota at No. 2 overall last spring, but Underwood said Strunk had been thinking of making a coaching change for weeks. Underwood and general manager Ruston Webster told Whisenhunt he was fired.

“When you’re not winning and you can’t win, that’s when change happens in the NFL,” Underwood said.

Whisenhunt’s latest loss came Sunday in Houston, where this franchise was founded and with Strunk in the stadium. That apparently was the last straw for Strunk, who was not at Tuesday’s press conference. She took over as controlling owner in March, replacing Tommy Smith, who gave Whisenhunt a five-year contract in January 2014.

Titans cornerback Perrish Cox, who missed the last two games with an injured hamstring, said on Twitter that the move was frustrating.

“For anyone who wants to kno, no i am NOT happy with wiz gone, he was a good coach, he wznt the prob and we all know it!!,” Cox wrote.

Mularkey said he talked with Mariota briefly Tuesday and told the rookie they’ll do some things differently to keep him “upright.” That may include lineup changes on the offensive line.

“Obviously, based on what’s happened the past couple weeks with the protections, that’s imperative,” Mularkey said.

Mularkey was chosen over Dick LeBeau, another former NFL head coach, as interim coach based on his experience as an offensive coordinator. LeBeau is in charge of a defense currently fifth in the NFL in yards allowed.

Whisenhunt brought Mularkey to Tennessee as his tight ends coach last season and added assistant head coach to the title this offseason. Mularkey is 16-32 overall as a head coach. A nine-year player in the NFL with Minnesota and Pittsburgh, Mularkey also has been an offensive coordinator with Pittsburgh, Miami and Atlanta.

Tennessee currently ranks next to last in the NFL, averaging 17.9 points, and in total yards per game. Offensive coordinator Jason Michael will call plays, a job Whisenhunt previously handled.

This is the first in-season coaching change for the franchise since 1994, when Jeff Fisher replaced Jack Pardee.

Whisenhunt’s .130 winning percentage with Tennessee ranks behind only Leeman Bennett with Tampa Bay and Rich Kotite with the New York Jets (4-28, .125) for the worst NFL coaching record since 1970, and tied Jim Ringo (3-20) of Buffalo, according to STATS.